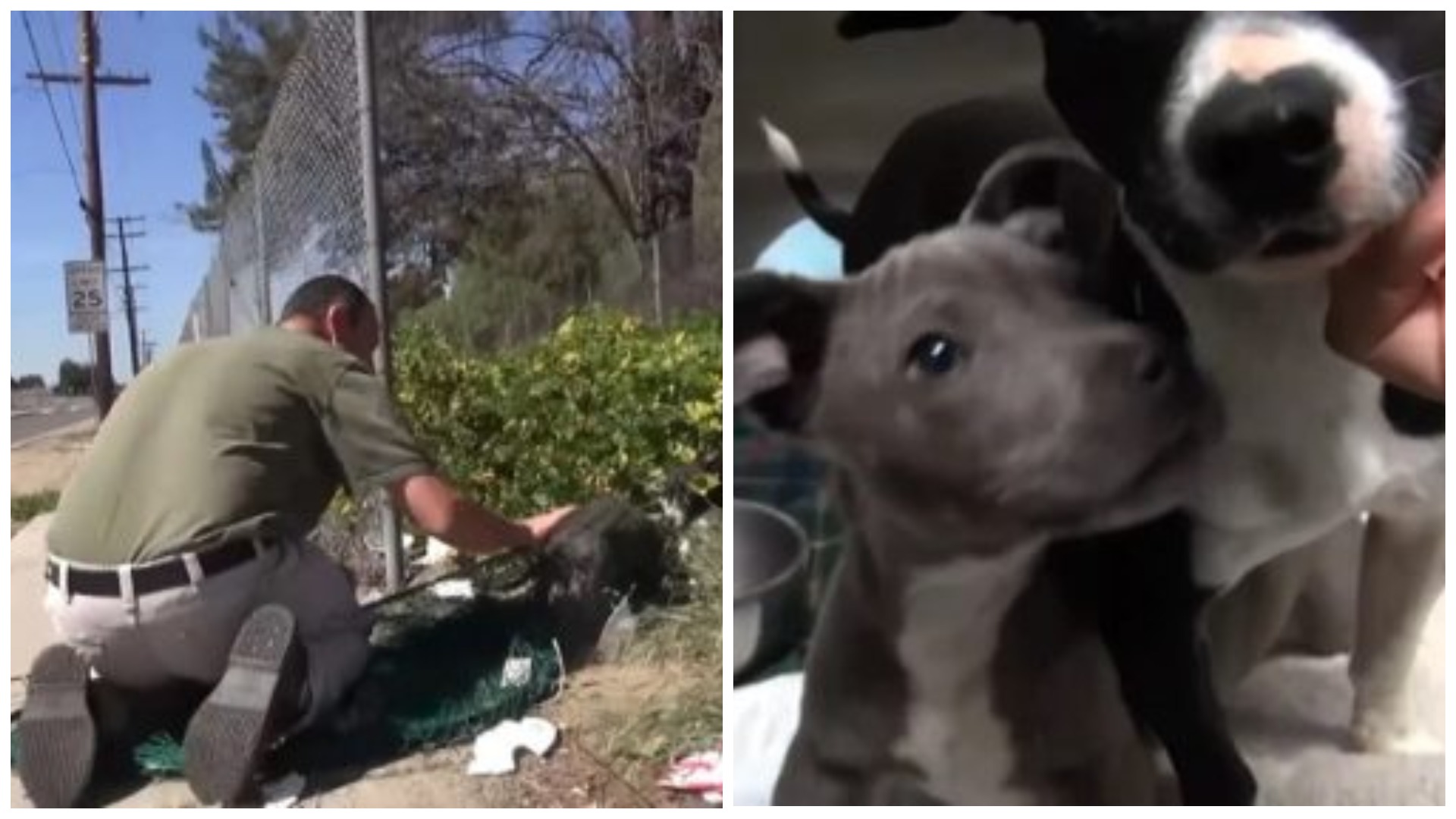 The dog and her puppy lived on the street. How they ended up homeless and what they had to go through is unknown, but at some point, an organization that helps stray animals became aware of them. The animals lived next to a busy road, the volunteers were afraid that sooner or later the mother or her cub would be hit by a car.

When people came to pick up the animals, it immediately became clear that it would not be easy to take them to the shelter. 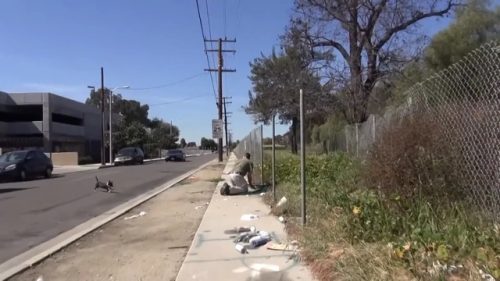 It is not known how long the dogs lived near the road, but local residents, concerned about their fate, reported them to volunteers and they tried to help the animals. After seeing the puppy, people realized that they needed to act quickly. Noticing the people, the puppy rushed to the hole in the fence separating the dogs’ place of residence from the highway. To prevent the baby from jumping out under the car, one of the volunteers ran to him and grabbed the baby. The puppy immediately started barking and making desperate attempts to get free. 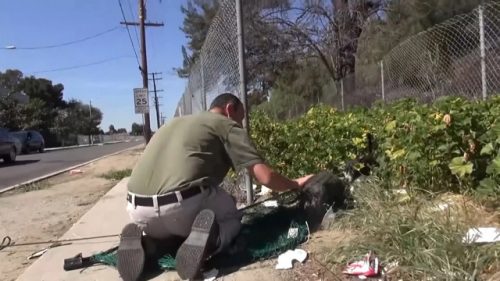 Hearing the barking of his child, his mother also intervened in the situation. She ran up to the man who was holding her baby. The dog was sobbing, worrying about her child, and the baby, already placed in a cage, was trying with all his might to get to his mother. People tried to calm the animals and after a while, they succeeded. When the baby calmed down, his mother immediately retreated and hid among the bushes. The volunteers managed to take the puppy to the car, but his mother did not want to follow people so easily. 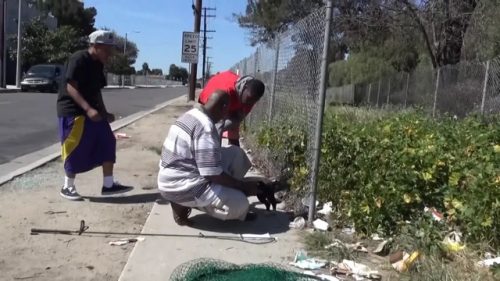 Local residents came to the aid of rescuers. Some of the people were feeding the mother and the baby, the animals trusted them. As soon as the familiar faces appeared at the sight of the dog, she left the shelter and came closer. The dog allowed his assistants to wear a leash but reluctantly refused to come to the volunteer car. It was only when she saw her puppy in the car that she decided to approach. 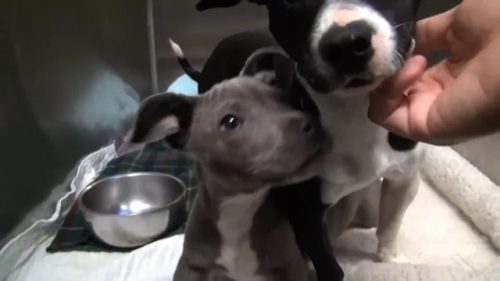 .The animals were taken to a veterinarian and then to a shelter. They were given the nicknames Oreo and Cookie and now the shelter staff is looking for a new home for the family.