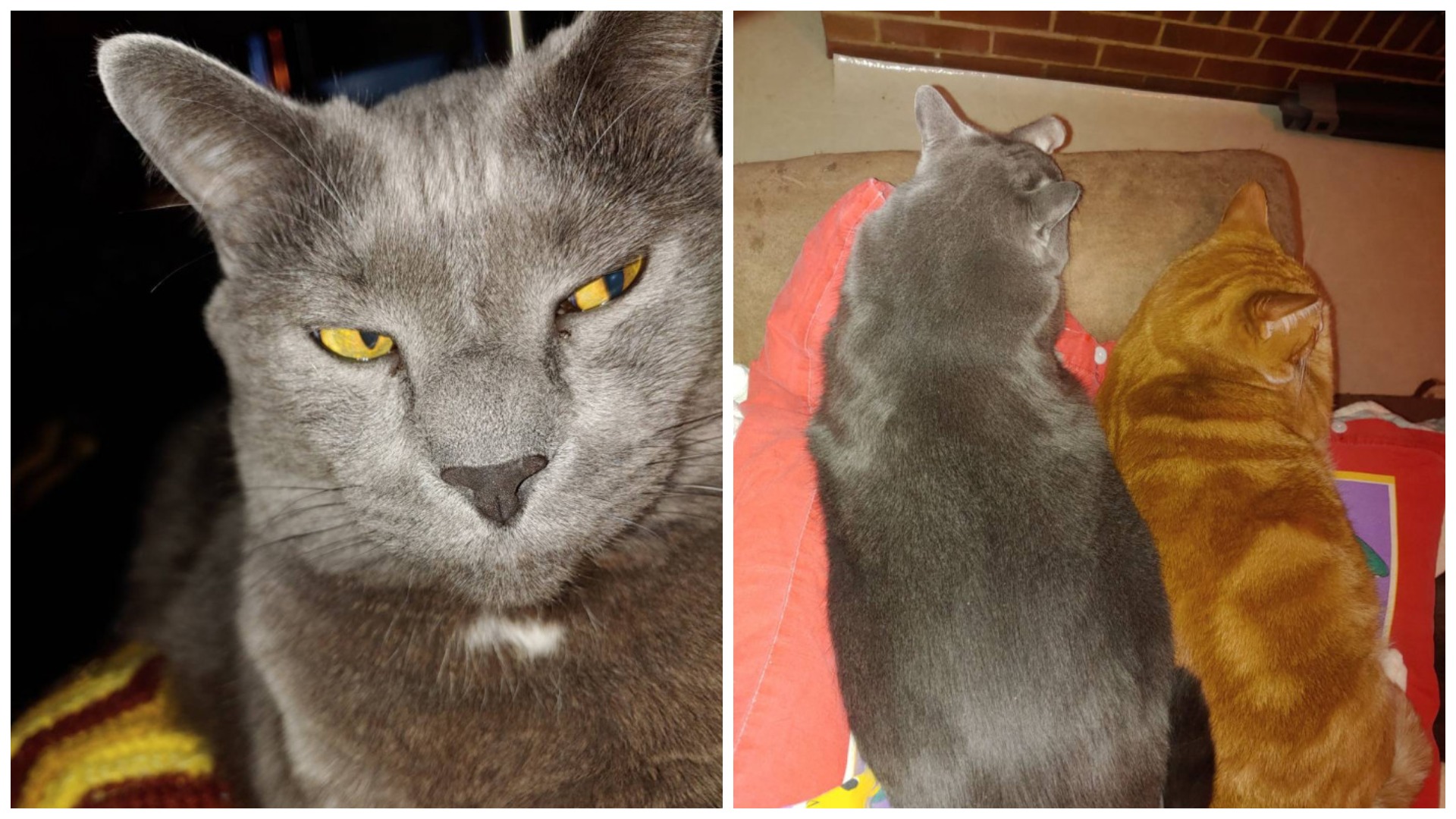 Kittens are full of cuteness. These adorable fur babies can bring much joy to every person who decides to be a cat mom or cat dad.

You’ll surely fall in love hearing their adorable mewing (especially when they would try to get your attention.) Plus, you get free massages too when they decide that your tummy is perfect for “making biscuits”.

Some folks do not consider themselves cat people but have become a cat person when they accidentally fell in love with cats they met. For example, when some people have decided to bring home kitties they saved outside under various circumstances.

And this rescue story is one of the many you have read and heard about rescuers taking home the kitties they found. But this kitten was not found on the streets or bushes; he was found in the dumpster.

He was just about a week old when the garbage collector found him… he was so young that you could not imagine he would survive. At that age, he still needs his mom’s milk.

The garbage collector’s truck rolled when he was on his way home, which is an incredibly dangerous traffic incident, so an officer came to check the incident. There he heard a kitten crying as they loaded up the truck on the rollback.

Find out what happened next as you read the story and see how big this kitty named Oscar has grown.

Meet Oscar, the dumpster kitten that has grown into a handsome cat.

That was just the beginning. Oscar has come back and forth with the garbage collector to work for four or five weeks.

Now, Oscar developed a straw fetish. Leave a straw on your desk, and the next thing you’ll find out is it’s gone.

The garbage collector has other cats in his home, and Oscar is such a bully. He imposes upon his fur dad and family.

Whenever he feels like sitting on his lap, his dad doesn’t have any choice as he will surely force himself on his dad’s lap. When his fur mom would brush the other cats’ fur, Oscar rushes to push the others away so that he gets all the brush strokes.

Oscar isn’t scared of water. He loves it and often plays in the bathtub. As he gets into the tub, he would reach for the faucet, smash it, and soon as the water drips, he would then wash his fur, all by himself.

From the day he was found in the dumpster, Oscar has transformed into a handsome cat and is well-cared for by his fur parents. The accident has contributed to his rescue and adoption.

Who would have thought that the one-week-old kitty would survive and grow to be the large bully cat? Thanks to his dad for rescuing him!