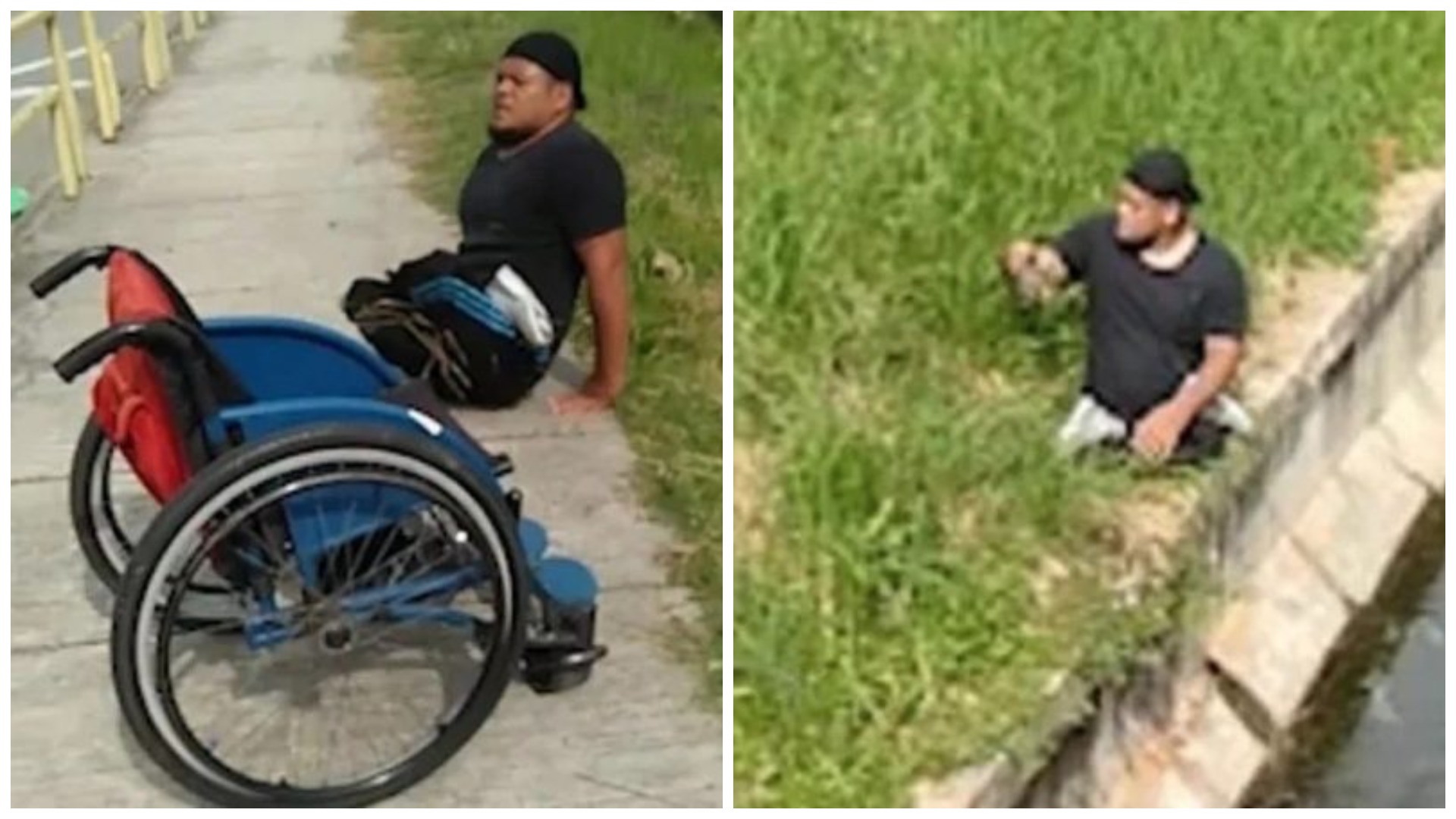 This story took place in a small Malaysian city. Passers-by saw a guy in a wheelchair moving quickly along the sidewalk. A pedestrian path stretched along the canal, separated from the water by a patch of lawn and a fence of bushes. After heavy rains a few days ago, the canal was thoroughly filled with water. At some point, the guy stopped abruptly, got out of the wheelchair, and began to move closer to the water on his hands. Everything was happening at such a speed that passers-by could not understand what made the guy act so unexpectedly. 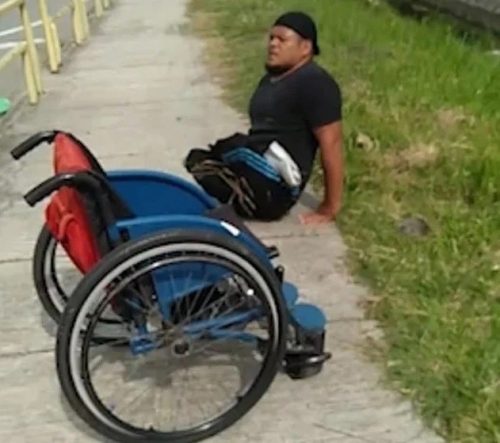 The guy persevered forward until he reached the water. Only then did the surrounding people understand what was driving his strange act – a small kitten was hanging on the edge of the slabs, clinging to the lawn with all his might, risking every second to fall into the turbulent flow of the river. 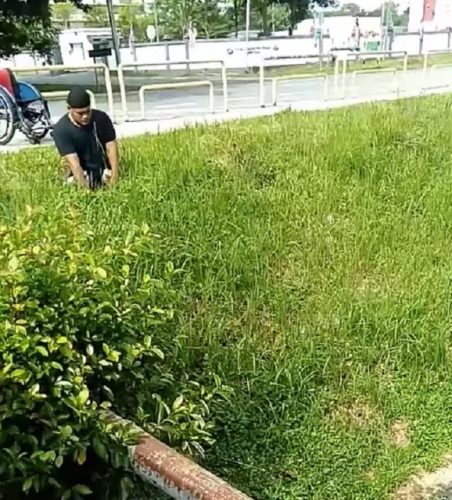 Most likely, crossing the canal on the bridge, the man noticed the animal and hurried to his aid. The guy did not hesitate or ask other people for help, even though he has no legs, he coped with the situation himself. The man was all wet from contact with water and it was noticeable that the road to the canal was not easy for him, but all his efforts were justified – he saved the animal’s life. 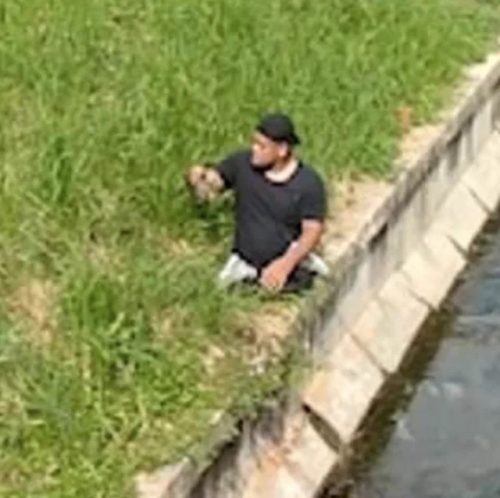 When the kitten felt solid ground under his feet, he began to run around his savior, trying to thank him. It is not known how the fate of the man and the animal turned out, but I want to believe that the baby has a new home. Even if this is not the case, he received a very valuable gift – life, and therefore a chance that it will be happy.