For Percy the Collie mix who spent the first year of his life in an abusive situation, humans had become synonymous with monsters. He knew humans had turned their backs on him – and that he was the only one who could protect himself.

When Percy was rescued and brought to the Oakwood Dog Rescue, he was a shivering mess. He would shake uncontrollably at the sight of the rescuers and wouldn’t even look at them. He refused to eat or drink anything and resigned himself to a corner in an attempt to hide.

For 2 whole weeks, Percy was so traumatized that he never stepped out of his kennel when workers were around… He was sure someone would hit him or hurt him eventually and his over defensive body language only made it harder for the workers to appeal to his heart. 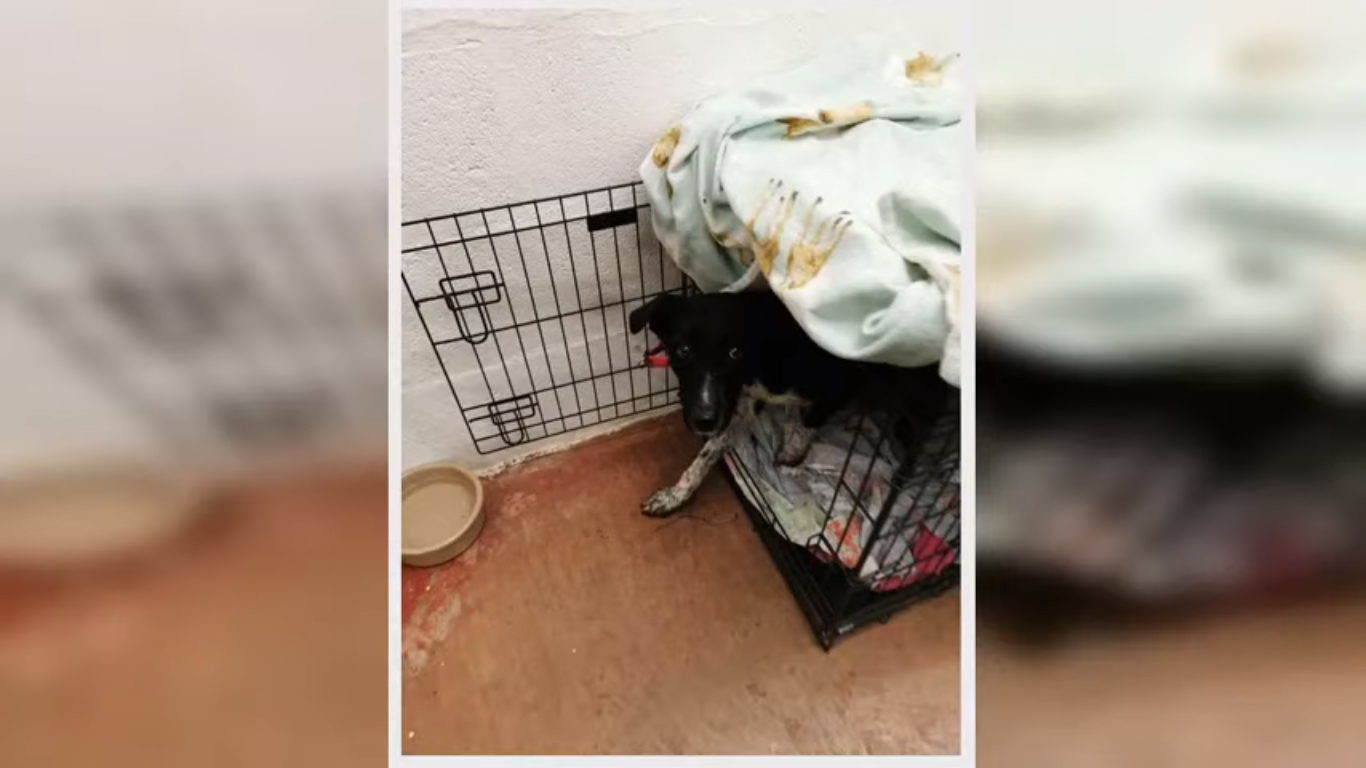 Gradually, the workers realized that Percy was warming up to the company of the more relaxed shelter dogs. Even so, he was completely shut off from humans – Seeing his nonexistent adoption prospects, the shelter pleaded with the public in hopes of finding a patient forever home for him. A dog training group called Quality Canines also offered free training to the family that gave him a chance.

After 7 weeks of intense struggle, Percy’s miracle came in the form of a woman named Maggie. When Maggie took Percy home to see if he fits in, she was shocked to see him finding solace with her other dog! Somehow, the quiet, stress-free comfort of a home and the protective shield of his new doggie sisters helped Percy cope with his human anxiety! Maggie ended up adopting Percy without any hesitations!

Over the next few days, Percy wholeheartedly embraced Maggie’s love and something magical happened he, wagged his tail for the first time! For a soul so broken – and tattered, this was indeed a grand victory. We thank all those good people who combined their efforts to help Percy get a fair chance to heal his traumas! We wish him a great life ahead!