There was a bag of leftovers hanging on the dumpster, and a small dog was walking next to it. The animal was very weak and scared, it wanted to get to the scraps, but there was no strength left for it.

People passed by, but no one paid attention to the dog. No one even wanted to put down such a coveted package for it. Everyone who approached the trash can was greeted by Mouse (that was the dog’s name) with a joyful wagging of the tail, but people simply ignored it and threw another package into the container, immediately left.

No one knows how long the dog spent near the container until someone took a photo and reported it on social networks. We immediately decided that we would help the poor thing, but we had no idea how difficult it would be. 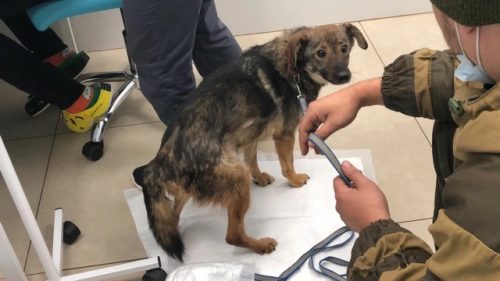 Mouse was wary of people, but let us in right away. The sad news was already waiting for the veterinarian – the animal has a disability and it will not be possible to solve the problem. Even the fact that the dog walks, albeit slowly, doctors called it a real miracle.

We had to put up with it and try to put Mouse in good hands. The dog went to one of the volunteers for temporary care, we transferred money to him for food and diapers. 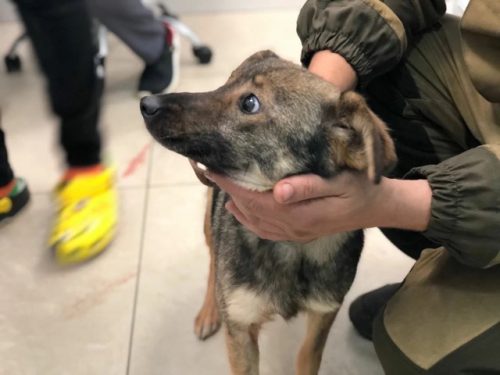 Over time, Mouse began to walk a little better, although we still need diapers. The dog is very quiet and modest, it is grateful for any care and does not create problems at all during temporary care.

Not so long ago, a volunteer who took care of Mouse had problems and we had to take the dog away. There were no conditions for Mouse in our village house, especially since more than 80 dogs have already found their temporary shelter. While we were deciding how to provide the necessary care for a sick dog, a place was vacated in the metropolitan clinic, we decided to take Mouse for treatment.

When we took the dog to the vet, we believed in a miracle, but this time the fairy tale did not become reality. Doctors who have helped dozens of our wards claim that the fact that the animal is moving is exactly the miracle we were counting on. Most animals with this disease just lie there and don’t move at all, and Mouse just needs a diaper. Perhaps the dog would have been able to live a full life if it had been helped in the first days after the disaster happened, but no one knows where and when it happened. 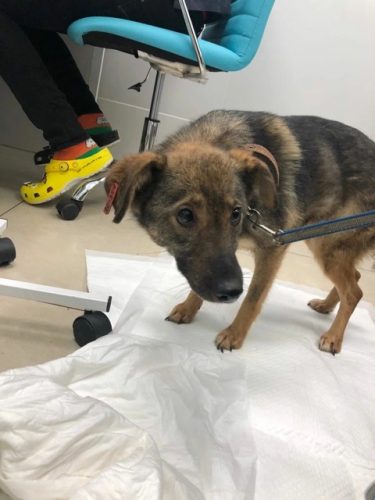 We are happy for Mouse and that its well-being has improved, as well as that it does not need complicated and painful treatment, but we returned home with the realization that if the dog had to go back outside, it would not survive. 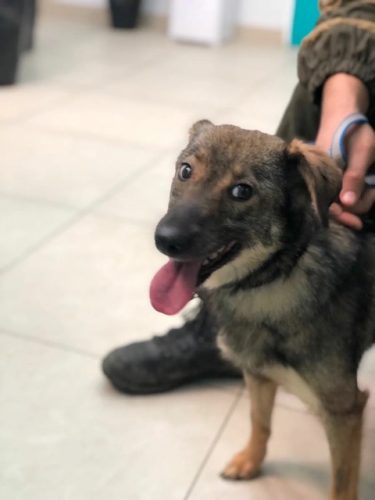 The doctors treated Mouse with love, and it was extremely pleased with the attention. I noticed a happy smile on its face.