A small dog chained to a chain was noticed by a woman. Which was passing nearby. It was freezing outside, and it was raining ice from the sky, but the dog did not even try to hide from the bad weather in the booth. Coming closer, the woman saw that a large dog was lying in the booth, which simply did not let the baby inside. 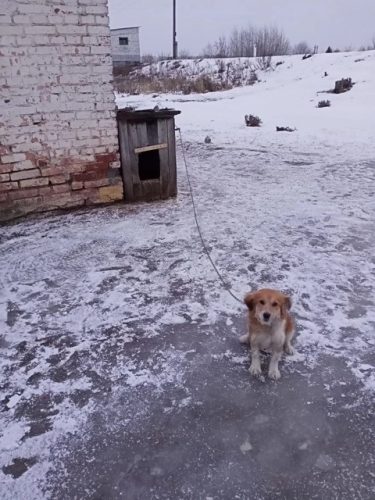 The woman looked around, but she never understood why the baby was chained. There was nothing to guard here – an abandoned railroad lot and an empty gatehouse, nothing of value near the dog. There were only bones left in the bowl near the booth. 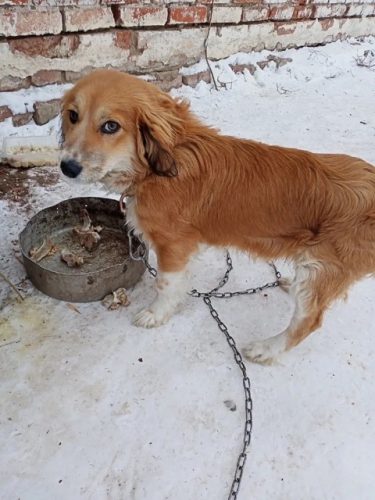 The woman decided to help the puppy and began to regularly bring him food. Stray dogs living in the area often took away treats from the baby, so the woman had to stand near the booth and wait until the puppy ate. Every day the woman fed the dog and during all this time she never saw people nearby. Perhaps the bones in the baby’s bowl were left by the same caring drivers who noticed the animal from the road.

The woman contacted volunteers for help. Temporary care for the dog was found only in Yekaterinburg. The baby’s already warm and under the supervision of the vets. As soon as the doctors make sure he’s okay, they’ll start looking for a new home for the baby. 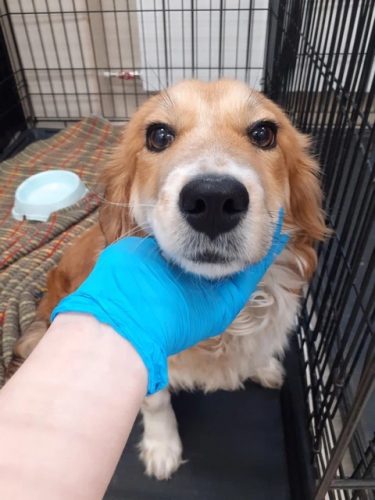 The puppy is more like a cat, which mistakenly fell into the body of a small red dog. He is affectionate and gentle, it is not clear for what fault they decided to chain him.