The Staffordshire bull terrier dog was very kind, friendly, never aggressive towards others, and trusting. But one day, because of her trusting nature, Caitlin got into trouble.

The situation occurred in South Carolina. Once, while walking with her owner, the dog fled behind the building and disappeared.

The search was inconclusive. Then the sad owner posted ads, distributed a post on social media asking for help finding his favorite. He managed to find witnesses who saw a trusting animal running after a human. But could not find out more.

A few days have passed since Caitlin’s disappearance, and now she ran to the threshold of her home. The dog looked terrible. 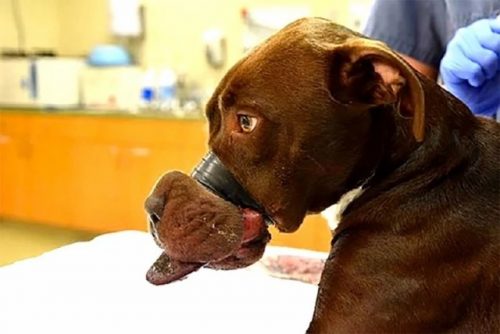 Someone wrapped her face in duct tape so tight that her tongue was caught between her teeth and sticking out. 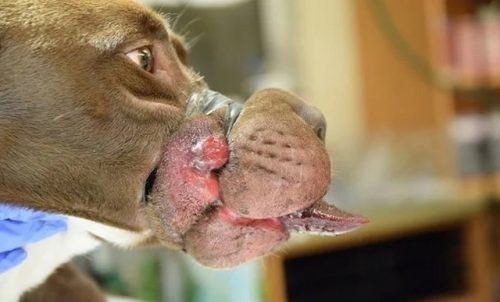 The owner immediately took the dog to the vet. After the duct tape was removed and Caitlin was examined, it became clear that the duct tape had severely injured the dog, which had been on her muzzle for at least two days. All this time the poor animal was suffering from extreme pain and could neither eat nor drink. 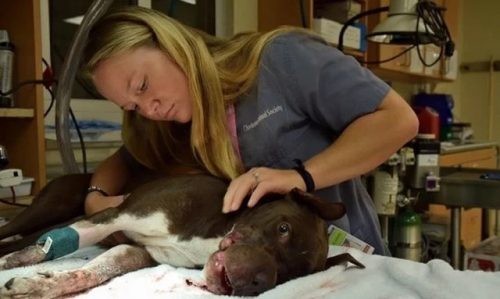 Due to the tightened part of the muzzle with duct tape, some changes and damages cannot be reversed. Part of the tongue, because it was clamped between the teeth, will die off, and then it will have to be amputated. Part of the tissue on Caitlin’s muzzle is also damaged and can cause problems. 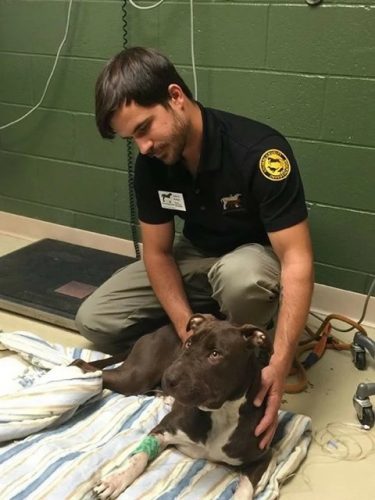 After the duct tape was removed, the dog’s muzzle swelled up a lot, it was immediately treated. 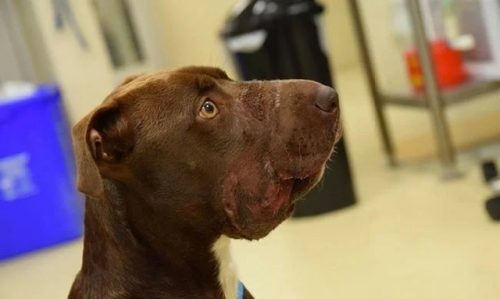 The dog was examined by a leading specialist, who is the head of the organization for combating animal cruelty. 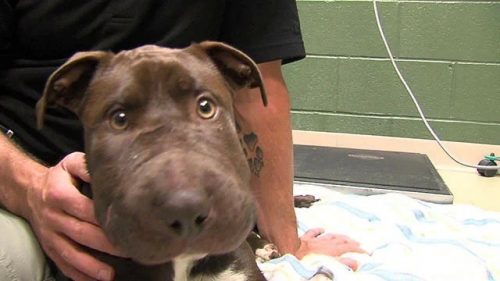 A man who left a dog to die of hunger, thirst, and pain is very cruel. They haven’t found him yet. But the animal cruelty organization is offering a reward of a thousand dollars for any useful information that will help find this person. If he is found, he will be fined five thousand dollars and serve up to five years. 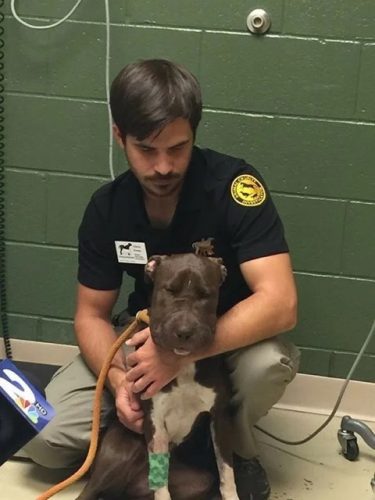 The dog is still being treated, the swelling has not yet gone down, but there are improvements in the condition, and hope that she will recover.