This dog was often seen near the road. She stood on the side of the road and with her eyes asked the drivers to stop and give her food. The staff of the volunteer organization knew about the stray animal and immediately went to the specified place. Upon arrival, the volunteers realized that the dog needed not only food but also help. 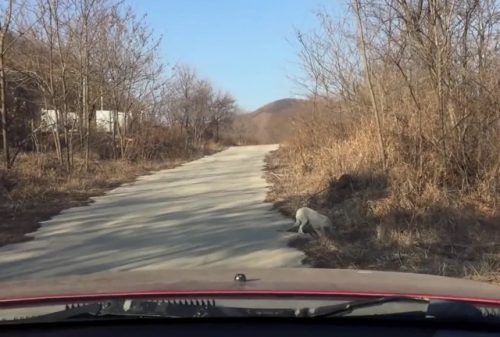 The dog lived on the street and could only rely on her strength and the kindness of some drivers who stopped and gave her some food. One of the drivers noticed that the dog appears on the road regularly and reported it to the homeless animal assistance service.

When the volunteers arrived at the place, the dog seemed scared to them, although she did not run away from people, on the contrary, she wagged her tail in greeting. Even outwardly it was noticeable that the dog had recently become a mother, so the volunteers hoped that they would be able to find her puppies nearby. It was also clear that the dog was sick and in great need of veterinary care. 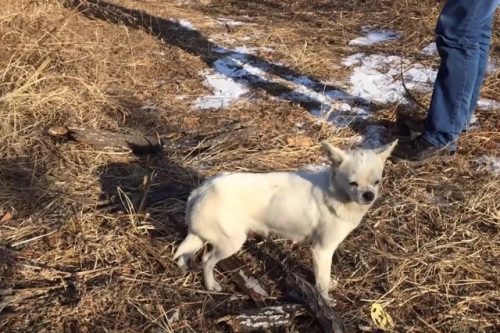 The dog stood near people and stared at them intently, so the staff of the Chinese animal aid organization realized that she was asking for help not for herself, but for her babies.

As soon as the animal was convinced that people would not cause harm, she moved away from the curb and moved into the woods near the road. Following the animal, the volunteers reached the section of the requested pipeline. From a wide pipe coming to the surface, they heard the crying of puppies. 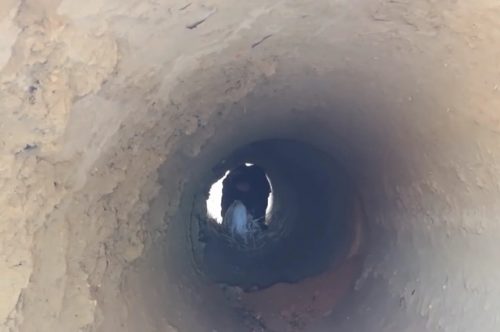 In the darkness of the pipeline, five babies were hidden, who, like their mother, were in great need of medical care. 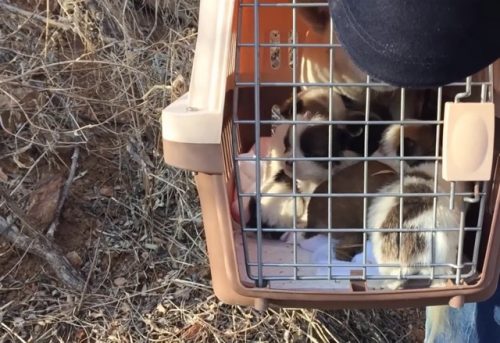 The dog was always around people, wagging her tail and showing volunteers her gratitude for saving her babies. The whole family was sent to a veterinary clinic, where Sierra (the dog’s name) and her babies were taken care of by doctors. 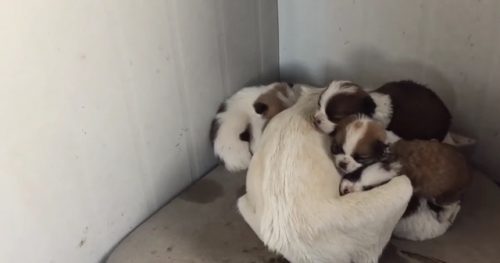 Now the mother and the puppies are safe, they have food and warm accommodation, and the volunteers have already started looking for loving owners for each of them.