Jessica of the Alabai breed has long been a loyal friend to her family, who lives in Yekaterinburg. On the day of the fire, the dog behaved very restlessly. The owners were surprised by her behavior because the other dogs were sleeping in neighboring enclosures and didn’t worry about anything. It was already evening and a family with four children, where the eldest daughter was 13 years old and the youngest son was 6 months old, went to bed.

None of Jessica’s owners noticed the fire that started at night. The dog decided to act after seeing that the whole yard was already covered with smoke. She was able to get out of her enclosure and began to bark loudly and at the same time beat with force against the windows. The first one who woke up was 13–year-old Nastya after the whole family woke up. The backyard, sheds, and part of the house were already burning with a bright flame. When Jessica smelled the smoke, she was able to save her family.

The source of the fire was an abandoned house located on a neighboring plot. It was often visited by young people and people without a fixed place of residence. 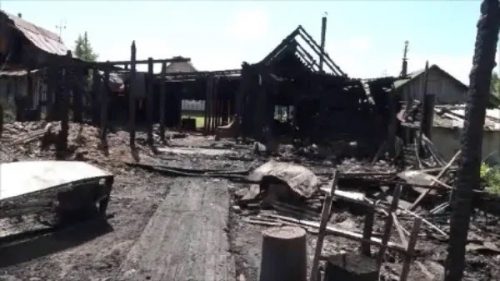 Caring people helped the family find temporary housing. But Jessica didn’t want to go with them. Alabai just stayed lying on what was left of the house. She decided to guard it as before. During the fire, the dog tore off the vocal cords, trying to wake people up, and she also has numerous burns on her paws and back. 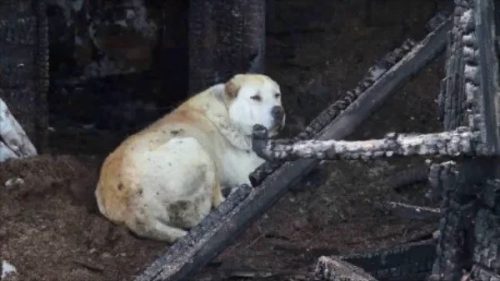 The devoted animal continued to guard its former home. The dog’s eyes were saddened by the loss.

Only the next day the owners manage to take the dog to the vet with difficulty, where she was given the necessary help. She didn’t want to leave her territory, despite the pain from the burns.

Now Jessica lives with her family and is still undergoing treatment. She is a real heroine, because she saved a large family, despite the fire burning her.