It was a long time ago, back in 2016. It was then, in the spring, in the Tver region, the pilots found a bear cub at the airfield. He was all alone, his mother could not be found. People felt sorry for the baby and started feeding him milk. The bear cub was quite tame and even played with a cat that also lived at the airfield. He was named Mansour. 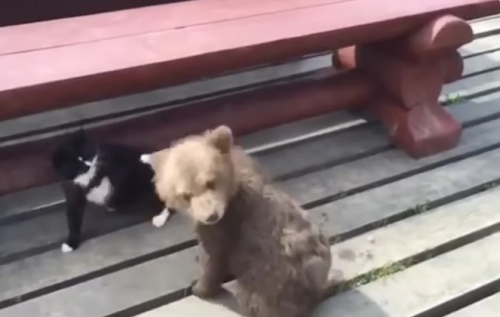 The pilots wondered where the found baby would live. They contacted a special organization that was just engaged in raising orphan bears until they could be released into the wild: the Center of the Pagetnovs. The attitude to animals in this center is the most correct: they are not accustomed to people so that then the animals released into the wild can calmly adapt to normal conditions for themselves. But Mansour was not taken, because he was already used to being in the company of people. 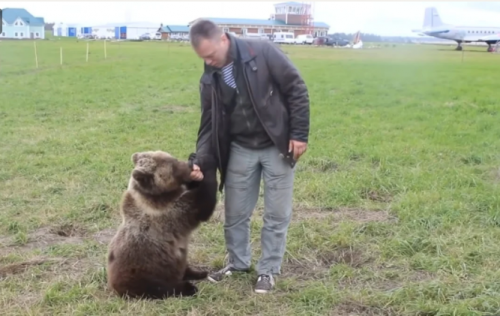 Then people contacted the officials so that they could help somehow. Two men came to pick up Mansour. They put the bear in a cage with rust bars and took him away. These people were initially not liked by the pilots, and not for nothing: they did not come from the zoo, but from the station where the animals are being poisoned. Mansour was in trouble. Four of the pilots went to rescue the baby. He was given to people without any problems. The bear cub was happy to return to the airfield, to which he was already so used. 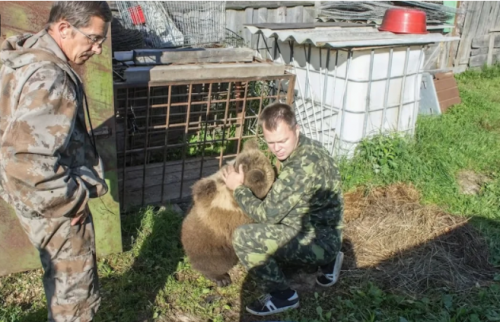 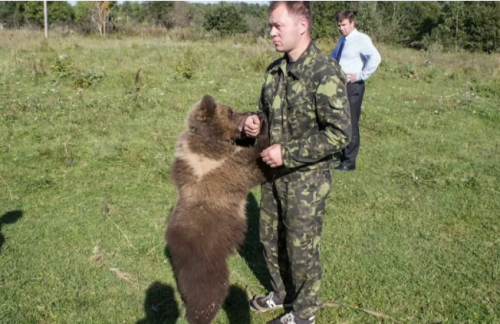 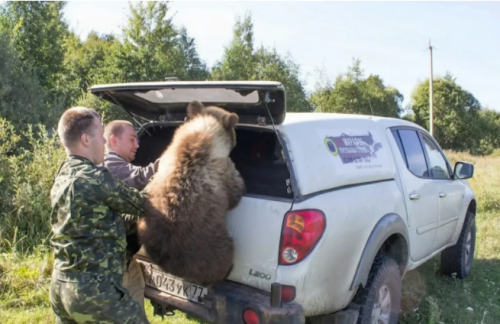 Of all the people, Mansour especially fell in love with one: by the name of Andrey Ivanov. They became real friends. Mansour had everything: a bath to bathe in, food in the amount necessary for him, and a huge space to run. The bear cub grew very fast. Gradually, he became so big that they had to put him on a chain so that he wouldn’t run around the airfield. Mansour was not happy about this at all. Then a special « electronic shepherd » was connected to him. Then the bear calmed down. As a result, he remained living at that airfield. 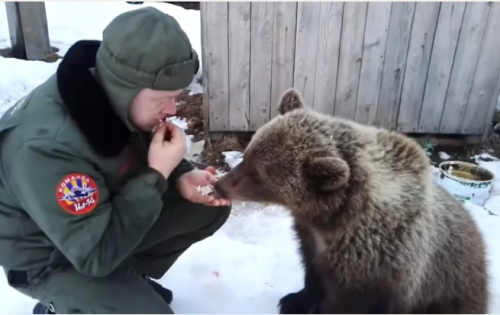 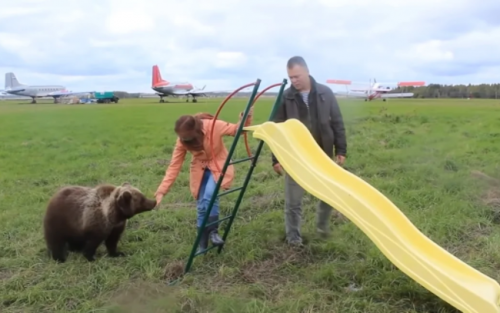 From food, Mansour preferred apples, various nuts, and vegetables, as well as fruits. He didn’t like meat, just like he didn’t like fish. And for the winter, the bear went into hibernation, like all the other bears. The pilots made a special container for him, which was covered with straw. 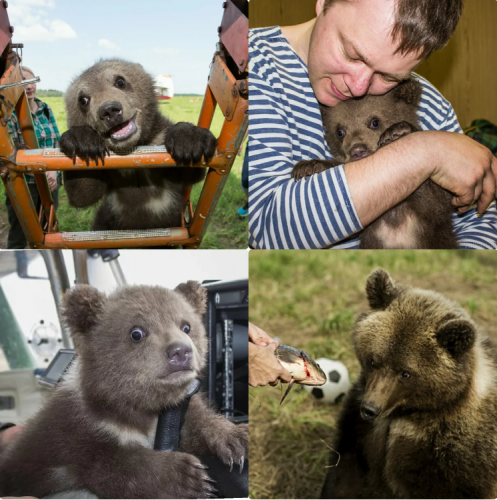 In 2018, Mansour was relocated to another airfield: in the Kaluga region. There they prepared a living space for him, for this, they even cleared a certain area from the forest. They built a fence and a swimming pool to create the most comfortable conditions for the bear. Mansour loves diving and swimming very much. A five-year-old bear feels great! Andrey said that his maintenance is not cheap, but there are people who are ready to help. A special website was created to collect donations. 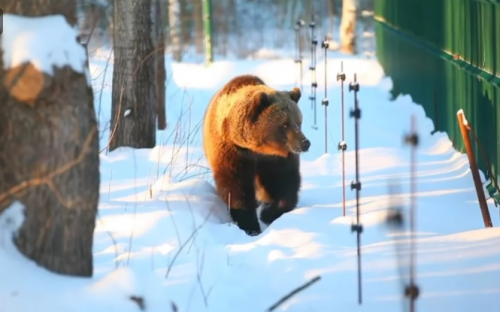 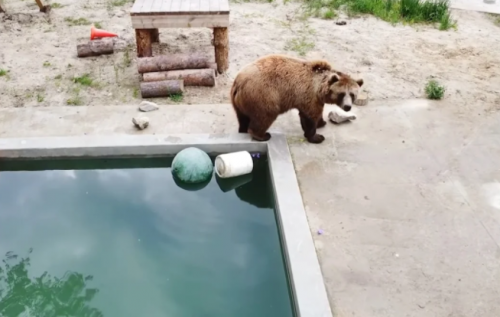 Mansour loves to lick Andrey’s hands, despite the fact that he has grown up for a long time. Andrey tried, on the advice of experts, to wear gloves or smear his palms with mustard, but it did not help. He had to put up with this bearish habit. 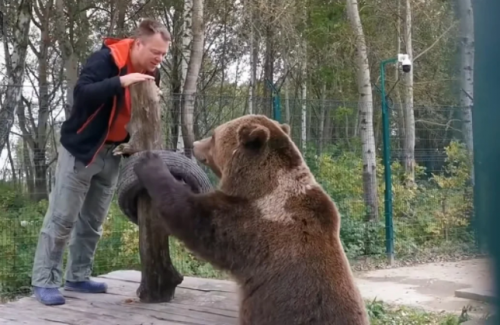 Only Andrey interacts directly with Mansour. He is not afraid of a big bear, plays with it, and even fights. Mansour tries very hard not to hurt his friend. 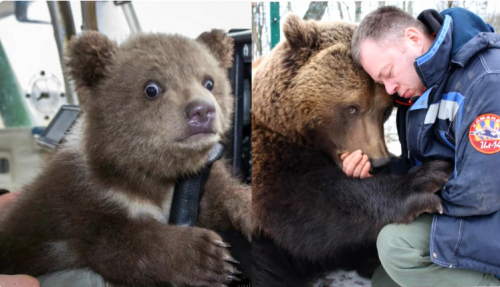 Andrey has a dream: to open a special shelter and collect bears in it, the same as Mansour, with a difficult fate. He believes that someday this dream will definitely come true.