The story was told to me by my friends, which happened to their pets.

It happened many years ago. My friend had a dog and a cat at home. There was no special friendship between them, but there were no conflicts either.

One day a friend was returning home from school and saw his cat Filya sitting near the entrance, and street dogs who lived on a nearby tire shop gathered near him. 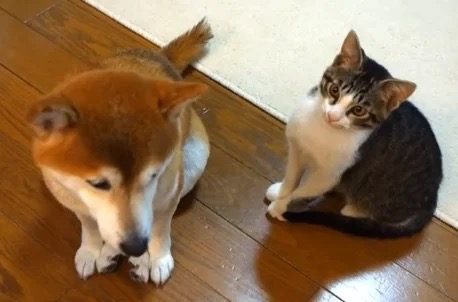 A friend from childhood was afraid of stray dogs, he had a bad experience. And here it’s a pity for the cat, and he was afraid of the dogs. He didn’t know what to do.

Fortunately, at that moment his dad came out of the entrance with his dog Richard to walk him. Rich, seeing that Filya was surrounded by mongrels, immediately took off and rushed to save the tailed one. In a few minutes, he dispersed the pack. The cat was saved.

After that, a friend told me that he was so impressed by the dog’s act that he stood for a while in complete confusion, like his dad. 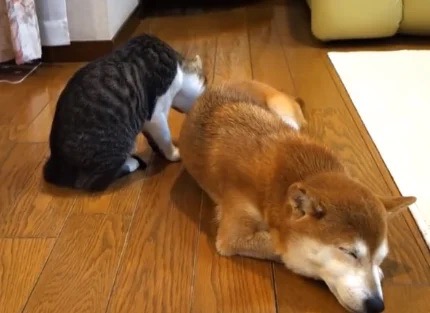 That’s how they found out that the pets still considered each other friends.

A few years later, Filya died due to illness, and Richard is still alive. A friend says that the dog sometimes comes to the place where the cat liked to sleep and sniffs it and sometimes sits there for a long time as if remembering his old friend.