About three years ago, my boyfriend and I started a life together. Almost immediately we had a desire to have a pet. We decided that we would get a cat. We thought for a long time about which breed to choose, but then we saw a kitten that was rescued from a dog.

The kitty was three months old. A very beautiful girl with sad and unhappy eyes. It turned out that almost all her life the poor thing lived in a doghouse with dysfunctional owners.

The animals became friends. The dog took custody of the kitten. Then the dog disappeared, and other dogs began to offend the baby. 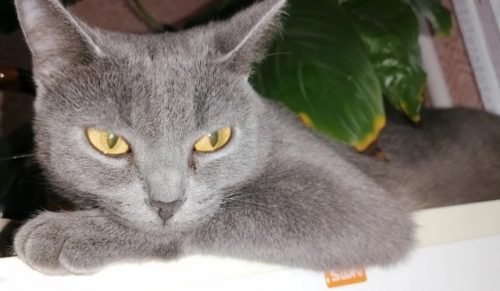 As soon as we read this story, we immediately realized that we wanted to take this particular kitty into our house. On the same day, we took this fluffy baby.

We gave our baby the nickname Simka. We fed her at home and decided not to disturb her yet, but to give her time to get used to the new atmosphere.

Simka immediately chose the mat at the front door, sitting on it. In the morning, my boyfriend started getting ready for work, and I went to the shower. When I got out of the shower, I heard the kitty hissing, her tail standing on end. I thought that the baby was just scared of something in a new place. Suddenly the cat rushed at me and bit my leg.

The kitten aggressively attacked me, I tried to fend off the attacks, but to no avail. I ran into the shower again and started thinking about the next action plan. I spent about half an hour there, then came out and saw the kitten with an evil look again. 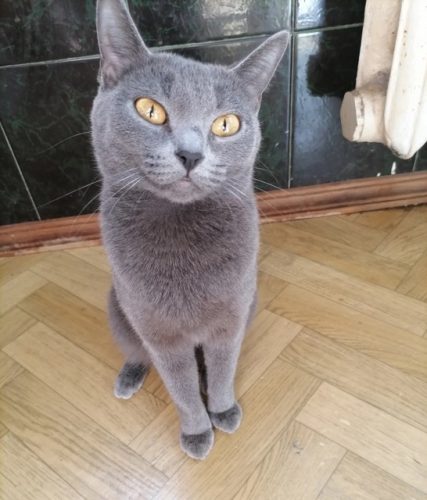 I quickly started running to my room, the cat was rushing after me with lightning speed. I ran in and locked the door.

The cat was walking near the door and meowing. Then it seemed to me that she had fallen asleep. I carefully opened the door, but this « fury » hissed again.

I spent the whole day in my room. I forgot my phone in the kitchen, but I didn’t dare to go after him, the kitten completely scratched my legs and I didn’t want a continuation. But there was time to finish reading the book.

My boyfriend came home from work in the evening. It was funny to him that I was so scared of a little kitten and hid from her. It wasn’t funny to me at all, because tomorrow I had to stay with her in the apartment again. 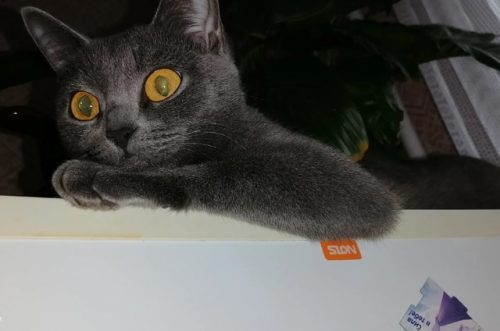 My boyfriend jokingly offered to chain up our rebel. Surprisingly, the kitten did not attack him.

All-day I’ve been trying to establish contact with our kitty. I fed her delicious treats, patted her, and won her trust. In the evening, a friend came to me and the Simka began to hiss at her, preparing for an attack. That’s how a fearless security guard appeared in our house. Probably, the baby adopted these habits from the dog that raised her.