The dog was tied to a tree at a time when it was thirty degrees below zero outside. The animal was tied so tightly that it was not even possible to reach the snow with its muzzle so that thirst would stop tormenting it. The dog was in this position for more than 24 hours. 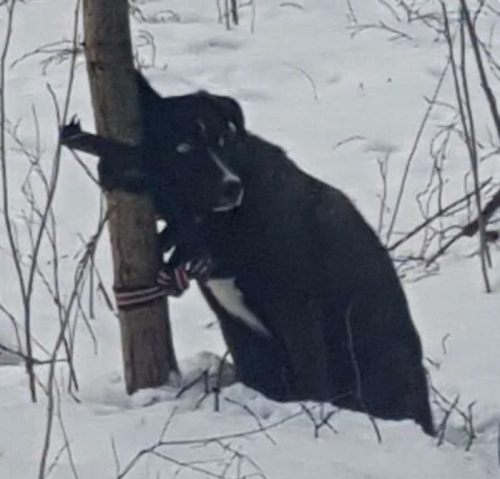 The rescue came to the dog in the person of the volunteer group «Chance». The dog was taken by a woman named Elena, she cured the dog, took him to her house for a time, and even found the owner. Later it was revealed that this brutal act, in relation to the animal, was a «punishment» for damaged furniture in the house. Elena didn’t return the dog to the old tyrant owners, she filed a complaint with the police.

The dog’s new nickname is Monty. The dog could not be called raised, Monty was feral, he could not walk on a leash, he was completely unfamiliar with the rules of conduct in public places. Also, Monty was confused, his new life was stressful for him – other animals, people, transportation… The dog couldn’t get used to all that. But Monty was a good dog, not bitter, gradually overcoming his phobias. Then Monty became interested in the world around him, and he was eager to explore everything around him. 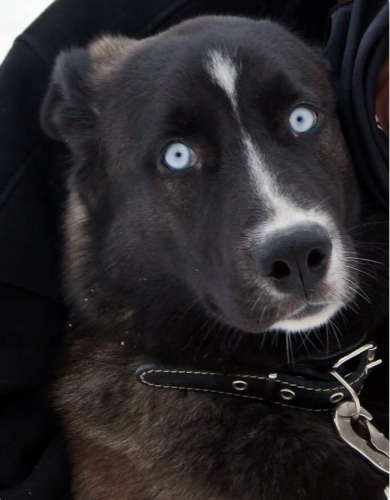 Elena told how impressed Monty was when he first saw the horses. He was barking excitedly, trying to tell his owner something in his dog language, and she was having fun with a cheerful and perky pet.

When Elena went for a walk with Monty, they met a girl named Alain. The girl had been looking for a funny pet for a long time. She saw Monty, who had won her over at first sight, and wanted to take him home with her. This story would be too banal if everything went right for Monty and Alyona right away. Earlier it was decided that Monty would be taken to Canada by other owners, but the owner did not show up, so the girl took the dog. 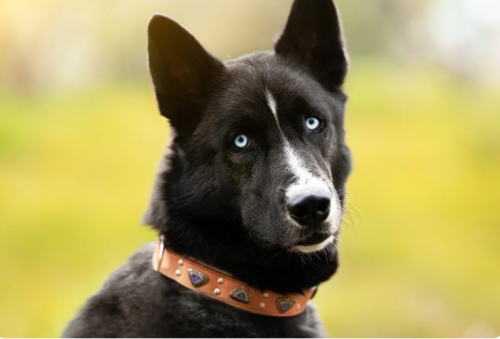 You’d think the story would have ended happily, but it’s not that simple. The dog was not exactly accustomed to living in a house. When Monty came to the girl after the operation (castration), he immediately pushed Alana to the floor and began to happily lick his owner. The dog was so « overzealous » that for another month, Alyona had scars on her neck, like she was being beaten.

Monty then began to create «order» in the apartment. For the first six months, the girl returned to the house, where the destruction and chaos reigned. One day, the girl left for the holiday, and when she returned with the guests, she found tangled wires, torn walls, a pile of things. Alyona’s apartment did not look like a comfortable apartment and instead of celebrating with her friends, she had to start cleaning. 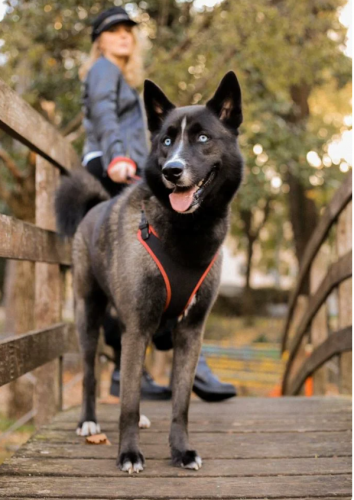 Alyona contacted the dog handlers and they advised the girl to buy a cage and put Monty there when she leaves home. At the first cage that Alyona bought, Monty unbent the lattice, and through the second he still managed to gnaw the furniture, and the cage did not become an obstacle. The owner of Monty was a purposeful girl and did not give up, but continued to work with the dog and train him. 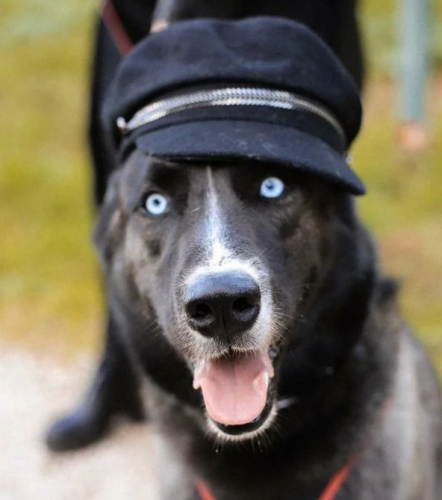 Then the girl went to Italy, of course, taking Monty with her. They dined together in expensive restaurants. Monty was sitting on a chair like a real aristocrat. Initially, Alyona was embarrassed by this behavior and asked her pet to lie under the table, but the restaurant owner assured her that everything was normal and the dog was not bothering anyone. He also asked permission to photograph the dog because the dog impressed him.

The dog even saved his owner from burglars who tried to break into the apartment. He chased them away with his ringing bark and protected Alyona. She has been living with a dog for a long time and adores her pet.