The girl’s father categorically refused to have a dog in the house. However, the other members of the family were of a different opinion. In fact, the tiny retriever was given to a girl. This was a gift she had dreamed of for a long time. The father was displeased but eventually gave his consent.

She started posting pictures of her favorite on social media. However, all the laurels in the form of enthusiastic comments were given to the girl’s father.

The golden-colored dog fell in love with all the family members. The girl’s father, who had previously been categorically against dogs, was no exception. Eva was very afraid that her father would treat the dog coldly, but her fears were in vain. The girl’s mother and father did not like dogs too much, they were fans of cats. That’s why Eva was so worried about the fact that her parents would not accept Debbie. Now the dog is incredibly happy in this family. 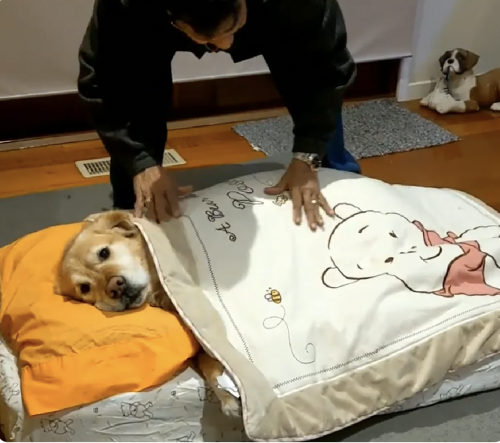 Once the girl suddenly entered the room and saw a touching sight. Her dad was putting Debbie to bed. The man bent over the dog and carefully covered her with a blanket. It was noticeable that the man was attached to the dog with all his soul. Putting the dog to bed has become a daily paternal ritual. Later, Eva posted positive videos where you can see how her father treats the dog with love and care. 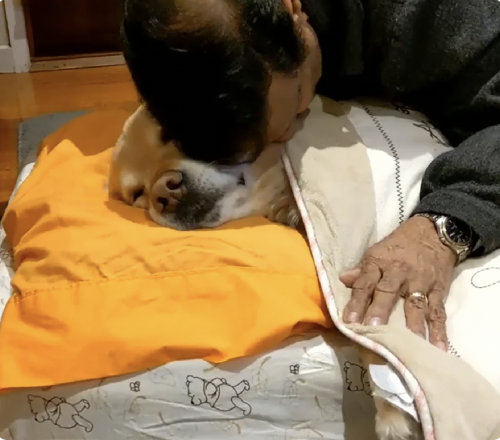 It should be noted that this situation is not uncommon. Often, parents argue against having pets, but then they love them even more than children do.