Yulia lives in the village, and it is not uncommon for stray dogs to appear in their area. Presumably, these are city residents who bring annoying pets here, or maybe the dogs themselves go out to people, hoping to get at least some food.

And when another puppy appeared in the village, the boiler room staff decided to feed her. 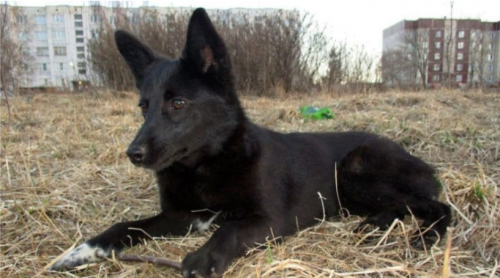 The dog got the nickname Alice. She was very friendly, loved to play with children, and didn’t bite. And also, she always protected the locals from strangers and drunk people.

And in order not to increase the number of stray dogs in the village, Alice, when she reached adulthood, underwent a sterilization procedure.

Alice was known and loved by all the villagers. 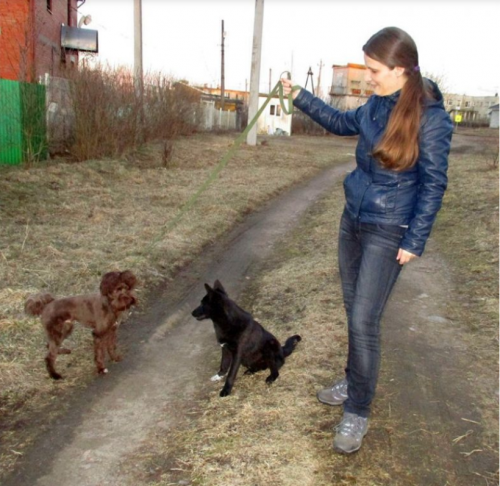 In the cold season, the dog lived in the entrance of Yulia’s house. She didn’t bother anyone, but rather, on the contrary, she kept order.

More than one year has passed this way. But one day Alice was bitten by dogs living in the neighboring area. But the dog was not confused. She found the strength to get to Yulia’s apartment and scratched at the door. The girl took the dog to the vet and took her to her home for the duration of treatment. After recovering, Alice’s life returned to normal. 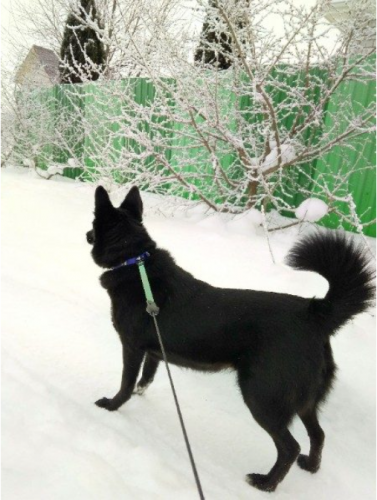 And a few months later, Julia treated Alice’s injured paw. After that time, the girl decided to take the dog to her forever. Very soon, the new owner was able to make sure how smart and obedient Alice is. With her exemplary behavior, she was able to surpass another domestic dog living with the girl. They still live together. But Alice still considers their yard her own.