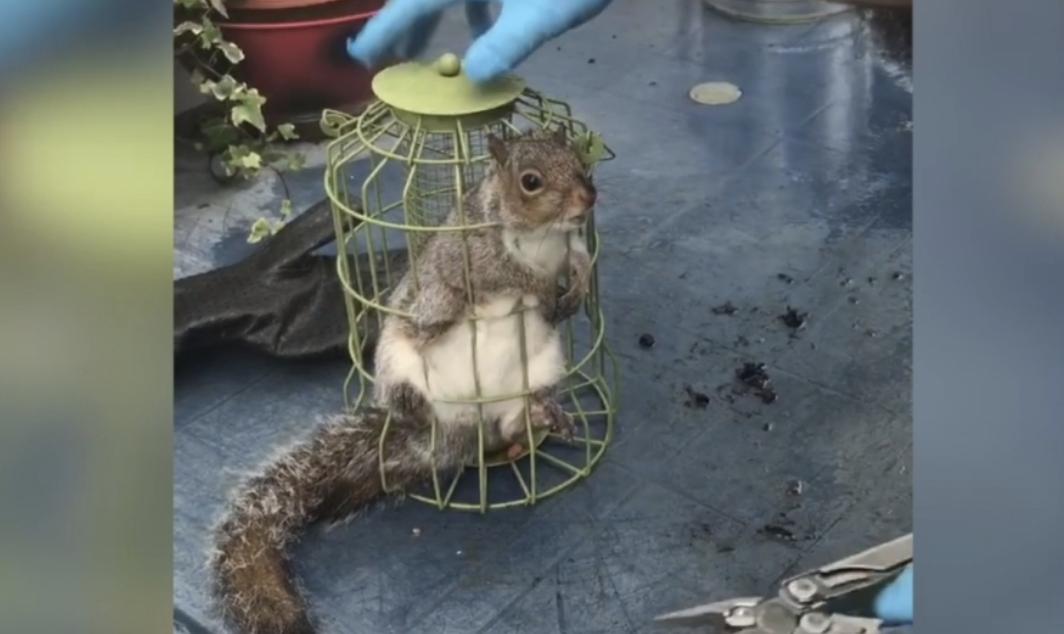 A well-fed squirrel from Wales has paid for his indulgence of the belly. We warn against heavy snacks in a cramped space.

A furry lover of food was looking for a place to dine on a garden near one of the houses. The owner has prepared several feeders made of metal rods for wintering birds. 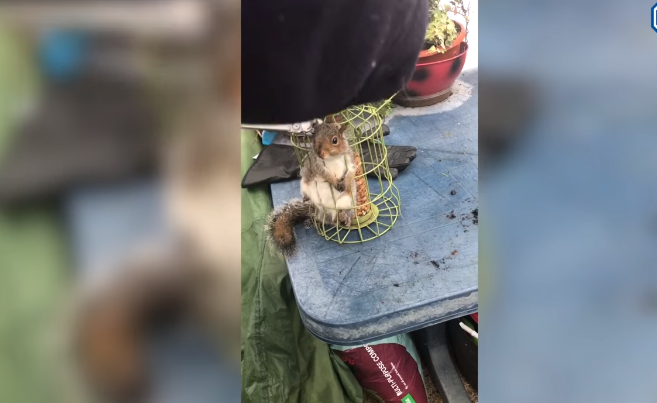 Inside, there were containers filled with seeds and nuts for the birds, and the squirrel wanted to steal them. Having robbed a couple of feeders, it could not get out of the next « dining room », because of the greatly increased waist size.

Fortunately, the sad prisoner, looking longingly at freedom, was noticed by the owner of the house. According to him, the squirrel suffered in silence, clutching the bars with its paws and sticking its muzzle out. The man failed to rescue the furry robber on his own and he had to turn to rescuers.

To release a furry gourmet for a specialist with a suitable tool was a matter of a couple of minutes. The squirrel quietly waited for the end of the procedure and did not interfere, however, as soon as the veterinarian tried to examine the animal for wounds, it quickly dodged and scampered away from people.

Rescuers, looking at its speed, decided it was unlikely it would be so nimble if it got hurt. They philosophically suggested that only its pride had suffered from the incident.