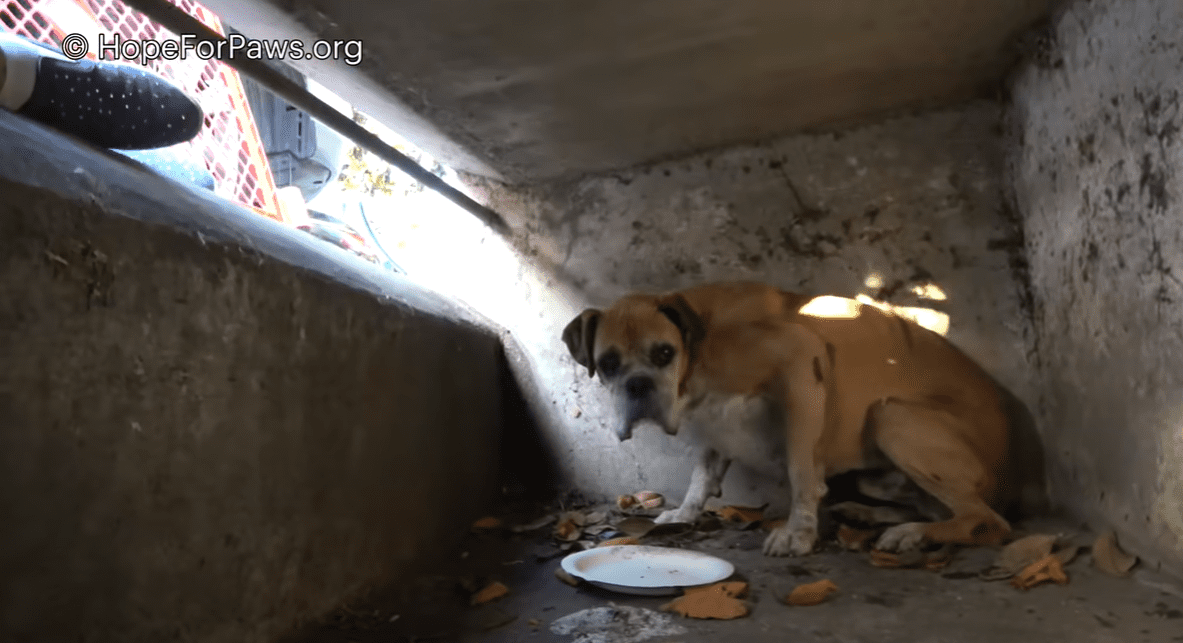 Recently, a senior Boxer was rescued from a drainage pitch that comes out a dangerous part of the freeway. Although the rescue had some difficulties, it went successfully. A resident named Danhy Drago saw a dog stuck in the Los Angeles city drain, so he contacted the animal rescue organization to get help. Rescuer Eldad Hagar immediately came to the spot with the help of Danhy. He found that the dog was hiding in the drainage pipe next to an incredibly dangerous part of the freeway. If the poor dog were to run in any direction, he could easily be struck by a speeding car. Luckily, Eldad spotted the dog turning out to be a senior Boxer when he was sleeping. When waking up, the dog ran into the drainpipe. This was also what the man wanted him to do. Thanks to the help of volunteers and Eldad’s experience, they could eventually bring the dog out of the tight spot. He was safe. They later found the dog is named Max through his microchip. He had escaped home a week before as he was frightened by fireworks. You can watch the video of the rescue here.

Max now reunites with his family, a happy ending for him and his family. Love and kindness coming at the right time can save one’s life.