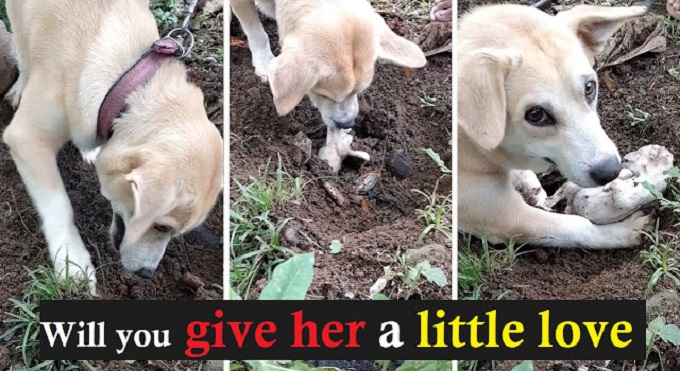 It’s a story that will melt your heart. It’s so touching to see a dog suffer because of his dead child.

The heartbreaking video simply depicts a scene in which a puppy’s mother makes an effort to wake up its dead son by simply digging the ground and trying to pull its son out of it.

The dog named Cookie was 3 years old. It lost one of its puppies in Zamboanga, Philippines.

Early Monday morning, the mother dog woke up the owner and her entire family with a loud bark to tell them by signs that its puppy had died. 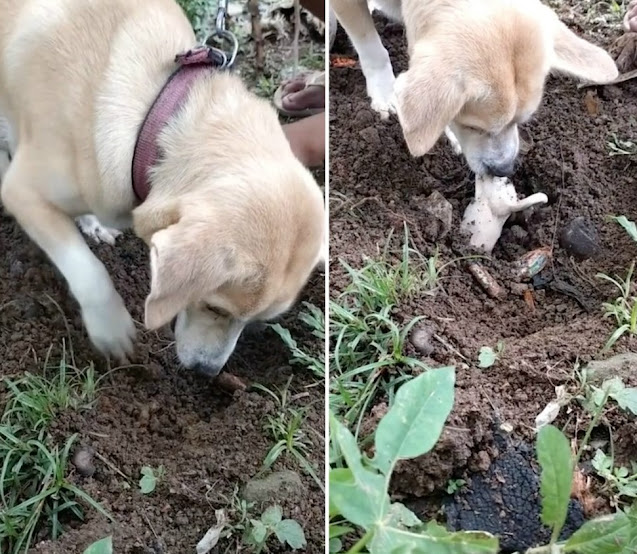 The puppy was buried in the yard, and the mother dog was taken for a few hours to walk, returning home, the mother dog approached the grave of the puppy, trying to dig it up and wake its son up. 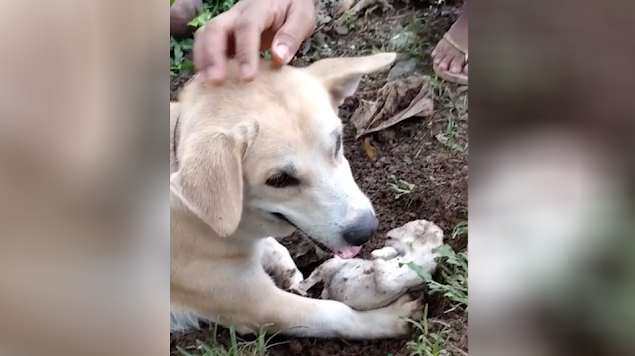 The dog’s eyes were full of sadness and tears, and it finally reached its dead puppy. The scene was unbearable, painful, and depressing.

This video is full of sadness and sorrow when a mother dog starts digging to get to her puppy.