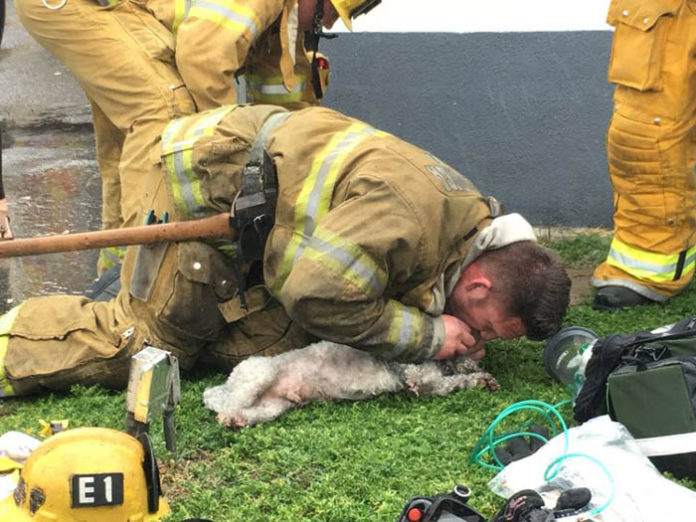 This man, Andrew Klein, was hailed as a hero for rescuing a dog that was unconscious after being trapped in a burning building. The dog’s owner was very upset, but when she saw the baby was moving again, she was very happy.

Andrew Klein is a firefighter from Santa Monica, California, and he’s a hero. This firefighter rescued a helpless dog named Marley who was trapped in a burning building where it lives with its owner. After the firemen left the building, a photographer named Billy Fernando captured this incredible moment.

« Standing outside, I saw a fireman, Mr. Klein, running towards the grass and holding something. At first, I didn’t know what it was, but then I realized it was an animal that was in a burning building. The dog was unconscious and did not move at all. »

The firefighter began to do everything possible to save it, he used an oxygen mask. 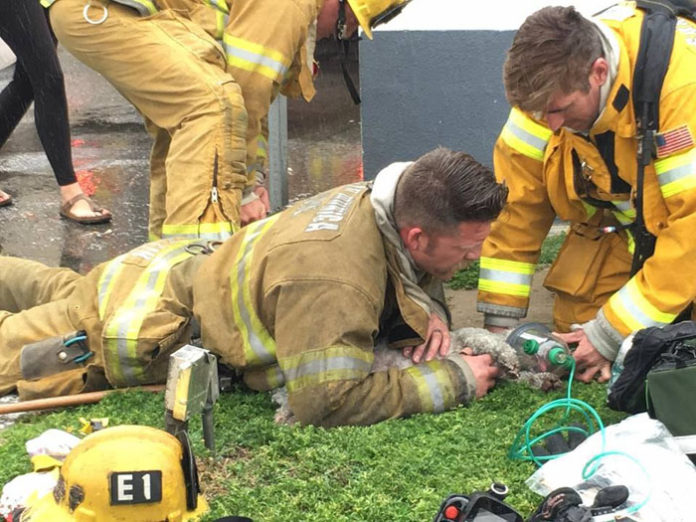 « Literally a minute later, he started doing artificial respiration of the animal. » 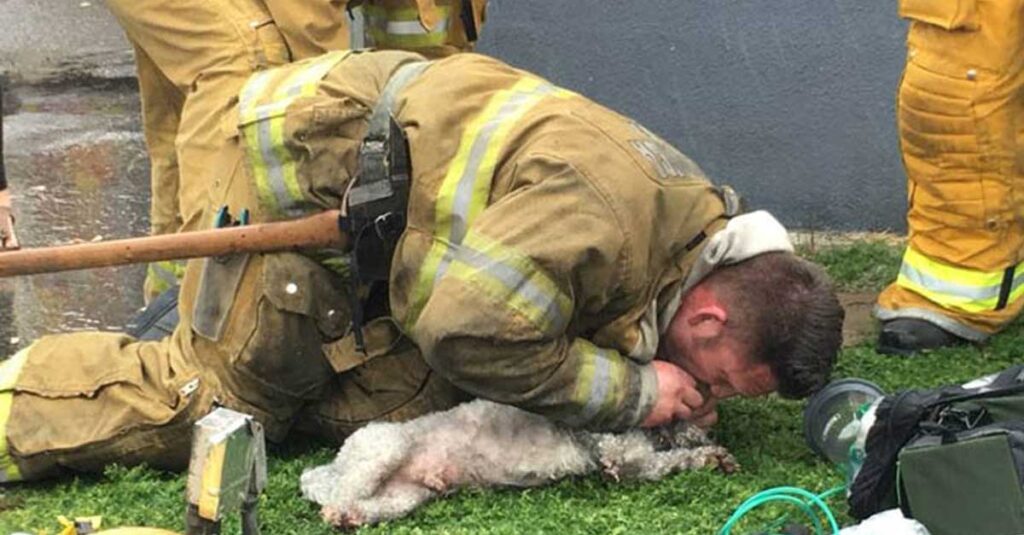 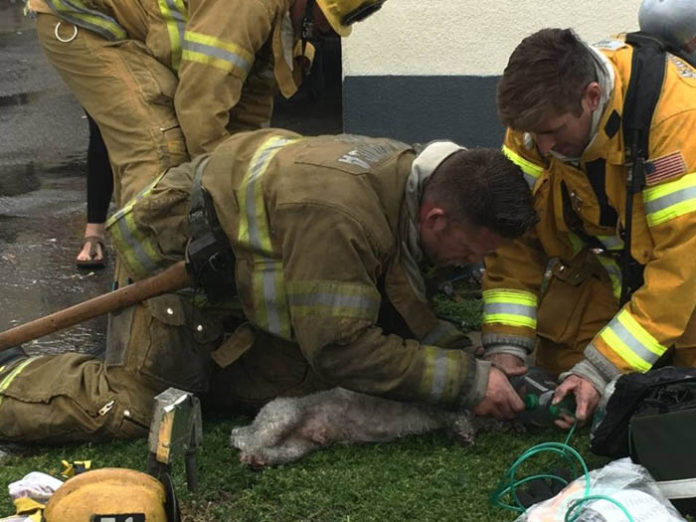 The owner of Marley was there the whole time while the firefighter was struggling to save it, she was really scared of the situation. 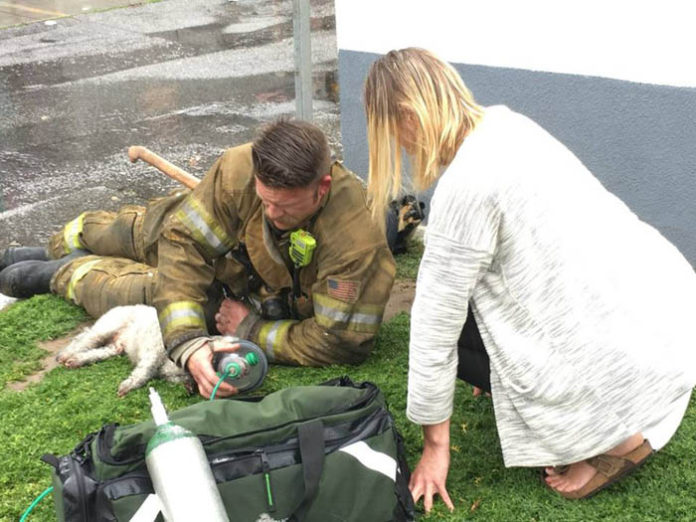 The man spent about 20 minutes with the dog, and finally, the dog began to move slowly. The owner of Marley breathed a sigh of relief. 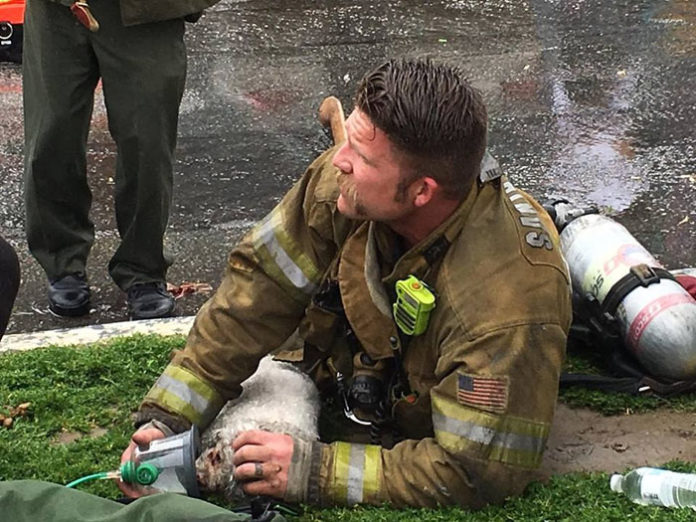 « It was as if a huge weight was lifted from my chest, I was overcome with joy and tears. I saw the dog come to life. » 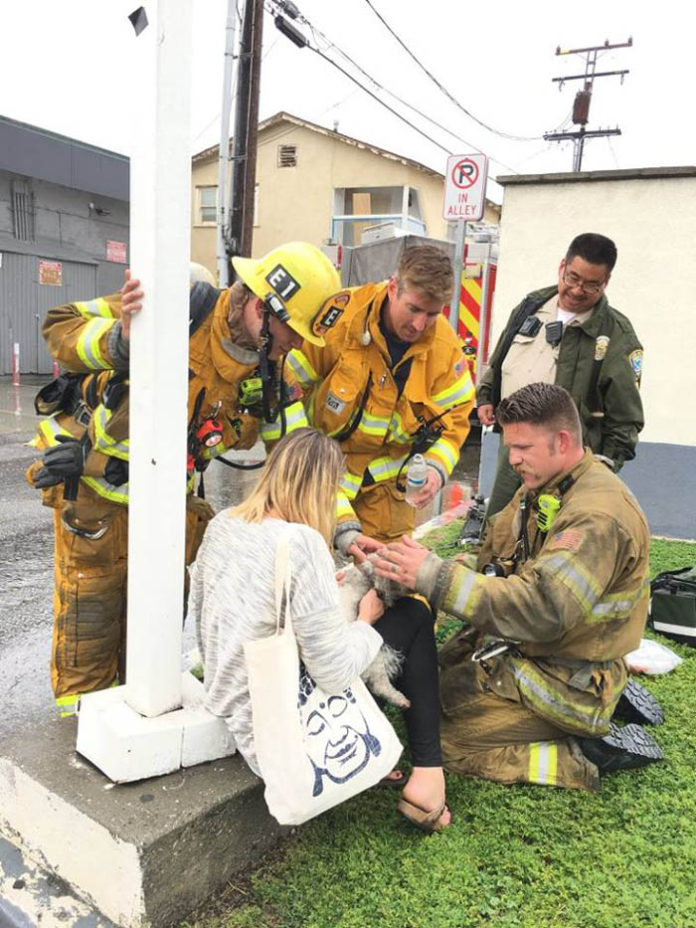 « The woman was crying. Everyone was very happy with the end. We are very proud of the efforts of Andrew Klein of the Santa Monica Fire Department. « 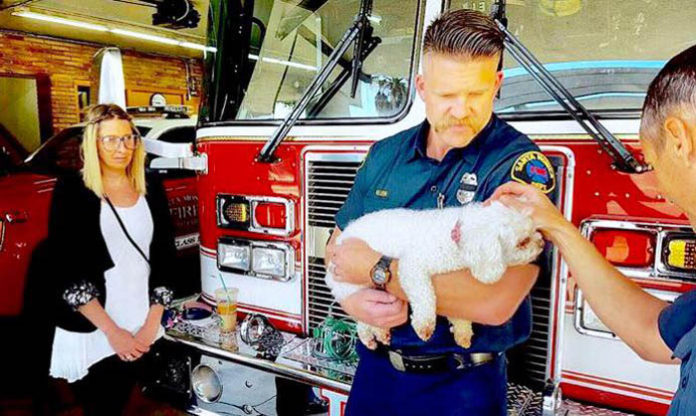 « Firefighters have always been a role model for me, and I deeply admire them for what they do for society. Being able to see this moment was truly a privilege. »

What happened will be unforgettable for many people, and even little Marley affectionately thanked its personal hero.