The events took place back in Alaska. After the earthquake with a force of 7 points, the family remained unharmed, the parents quickly recovered, and their little daughter could not so easily survive the nervous shock. The girl began to sleep restlessly at night, often waking up in tears.

A gentle bulldog named Fury lives in the family and it was with him that the baby decided to sleep at night. Parents wondered why she wanted to sleep with a dog, and the girl could not explain her decision.

As an experiment, the parents allowed the dog to climb into the crib and stay with the baby all night. The adults were very worried and installed a camera in the children’s room. 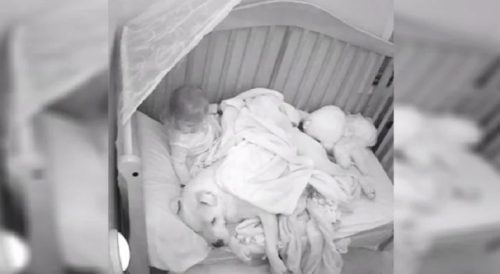 The night passed quietly – the baby did not wake up and did not cry, although before that she had to be calmed several times during the night. The girl felt cheerful.

The parents decided to see what the camera had taken: Fury lay down in bed next to the girl and she covered him with her blanket. All night the baby and the bulldog slept peacefully in bed. 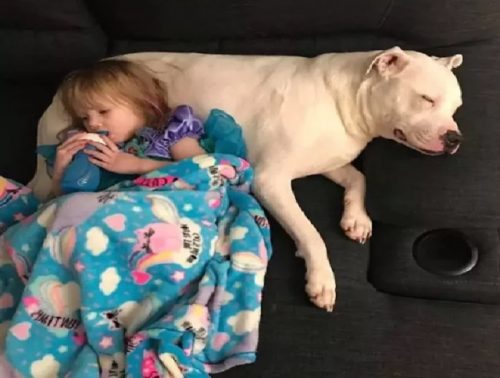 So the adults realized that the animal helps their child overcome fears and now Fury always sleeps next to his little owner.