It is customary to praise the dog’s devotion both in everyday life and in art. And such examples prove that it is not in vain! We have learned a story that will make you be touched by how attached four-legged friends can be to their owners.

Jose Antonio Pereira is an elderly Brazilian who is forced to earn his living by collecting garbage. Every day during work he is accompanied by two large dogs, which Jose calls Bob and Chiara. 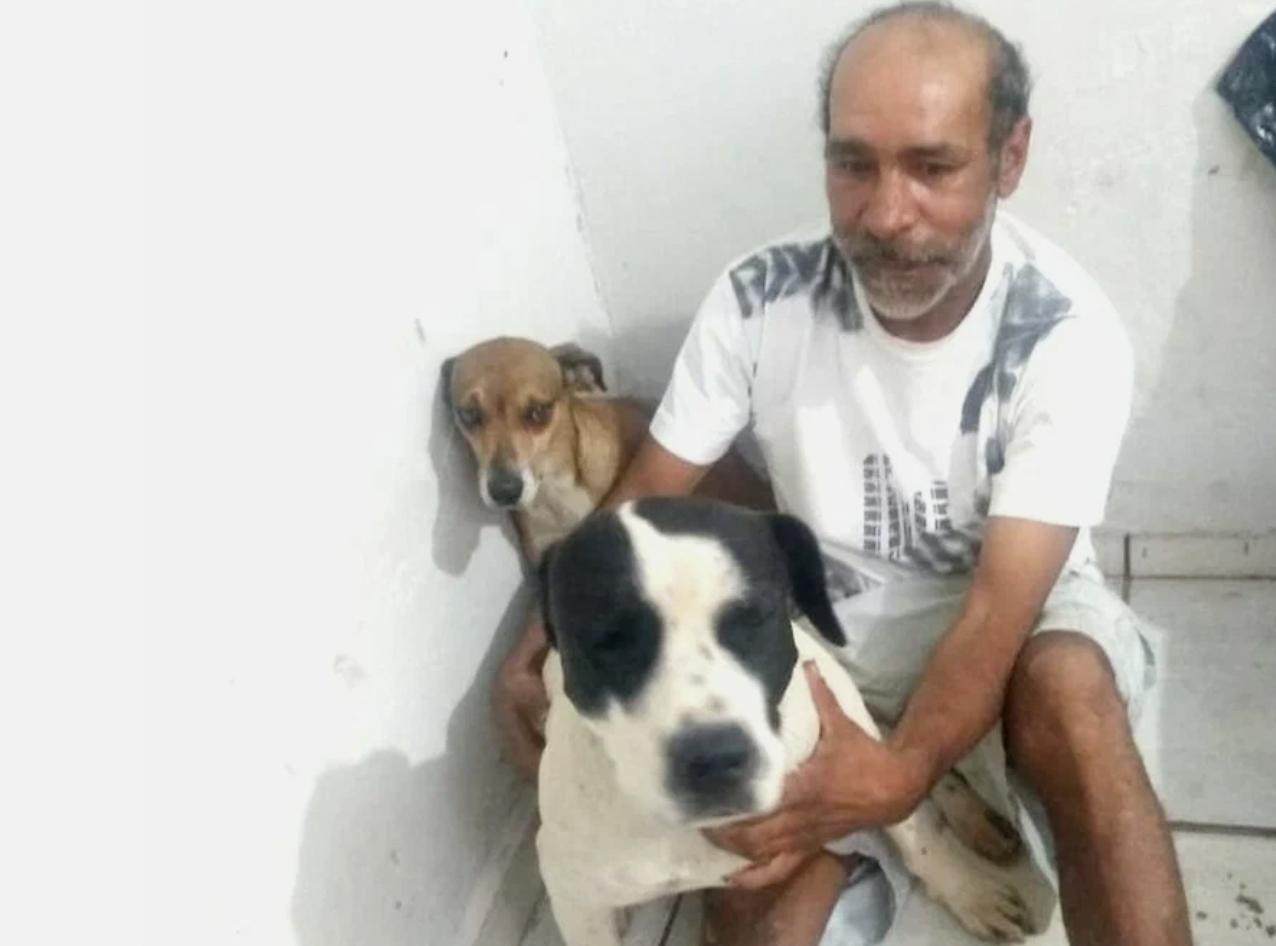 On one of the working days, the man had a heart attack. The dogs immediately realized that something was wrong, but they could not help their owner in any way. But their fuss attracted the attention of passers-by, and they called an ambulance. 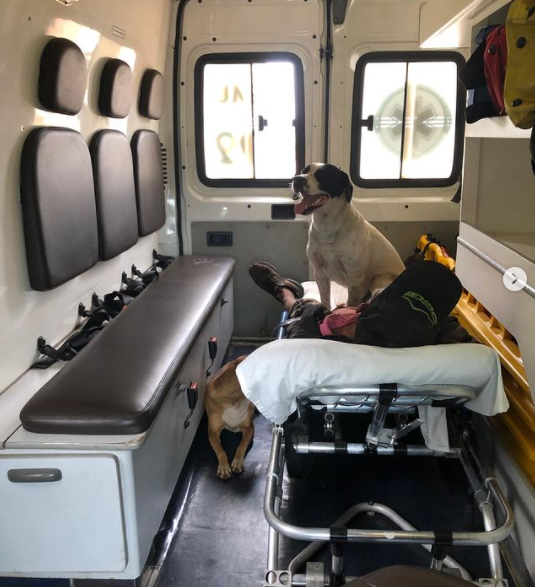 But the doctors found themselves in a difficult situation: Bob and Chiara stood up for the owner. They were not sure that strangers in identical white clothes would not harm the unconscious Jose. By hook or by crook, the ambulance doctors, Josian and Maria, who came to the call, were able to calm the dogs. 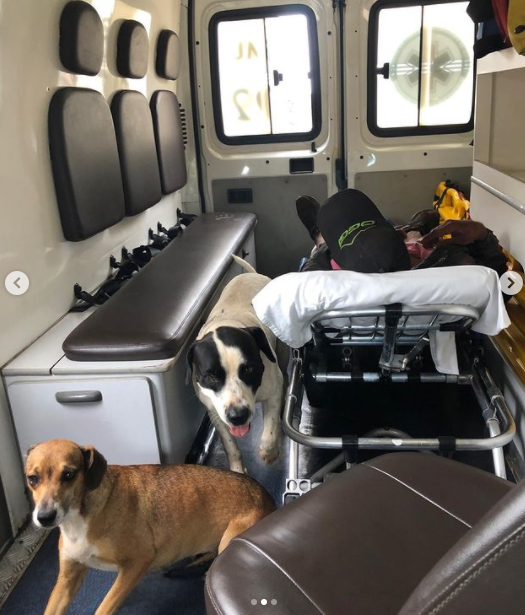 The man was put on a gurney, but the dogs flatly refused to be somewhere in the distance. They got into the ambulance right after the doctors. Chiara settled down in the aisle, and her spotted friend Bob lay down very close to the gurney. After conferring, the girls realized that the dogs would not retreat. So they went to the hospital with them.

Of course, Bob and Chiara were not allowed into the hospital. But they remained faithfully waiting for their man in front of the door where they had last seen him. Food and water were brought to them by caring doctors. 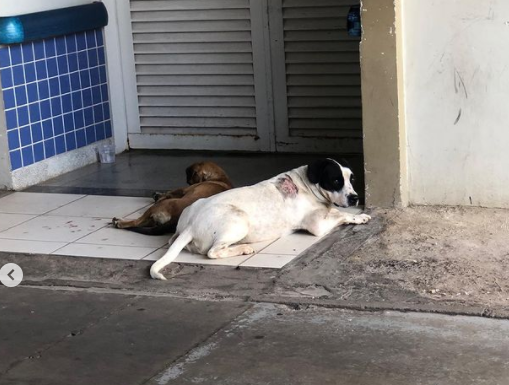 Fortunately, José’s health did not deteriorate, so within 24 hours he was released from the hospital. The dogs were happy with the reunion, and the doctors who told their story on social media admired their loyalty.