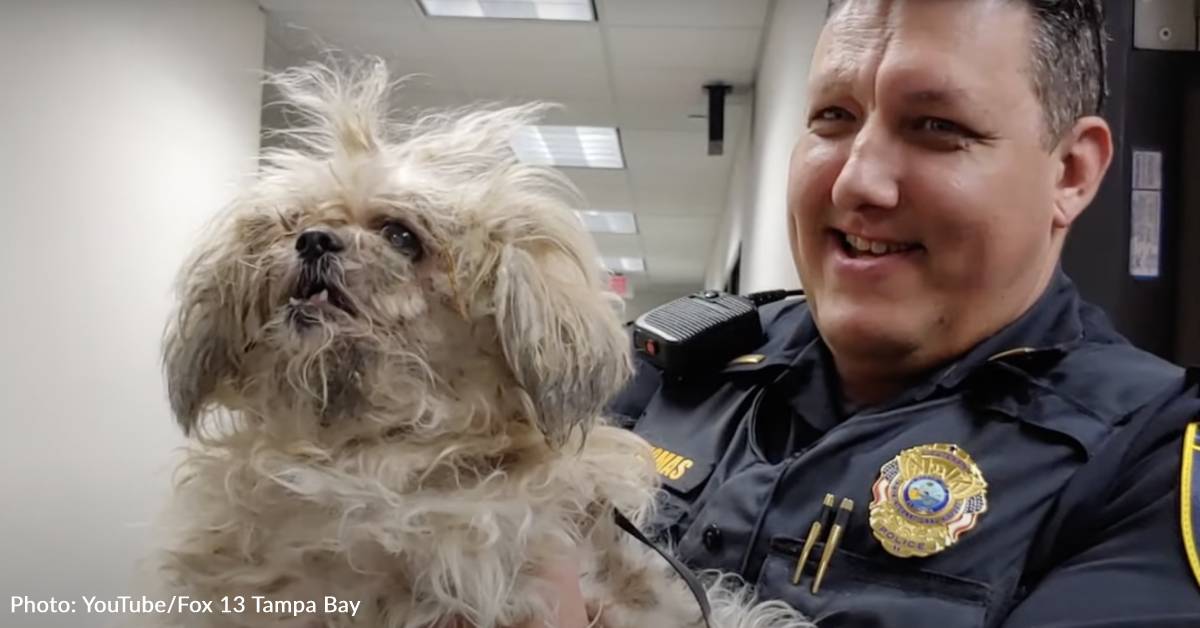 When Bama arrived at Tampa International Airport, the owner of the senior dog planned to fly to Alabama.

The flight attendant assumed this meant Bama’s owner would get the dog’s documents in order. Unfortunately, Bama’s owner had something more heartless in mind.

“The ticket agent required her to have vaccination papers for the dog as well as the travel fee and when she didn’t have either she told the gate agent she’d make other arrangements,” the airport’s police chief, Charlie Vazquez, told ABC Action News.

But Bama’s owner was apparently plotting a more devious solution, one that would compound the already neglected dog’s woes. According to camera surveillance footage, the woman–upon being told her dog couldn’t fly–simply dropped Bama’s leash and boarded the flight without him.

“We love animals and to treat an animal like that is really shocking,” Chief Vazquez told the station.

The abandoned dog was transferred to Florida’s VIP Rescue, where rescuers began nursing the neglected 14-year-old dog back to health. This began with just giving Bama a much-needed haircut, which required shaving off huge piles of dirty matted fur. 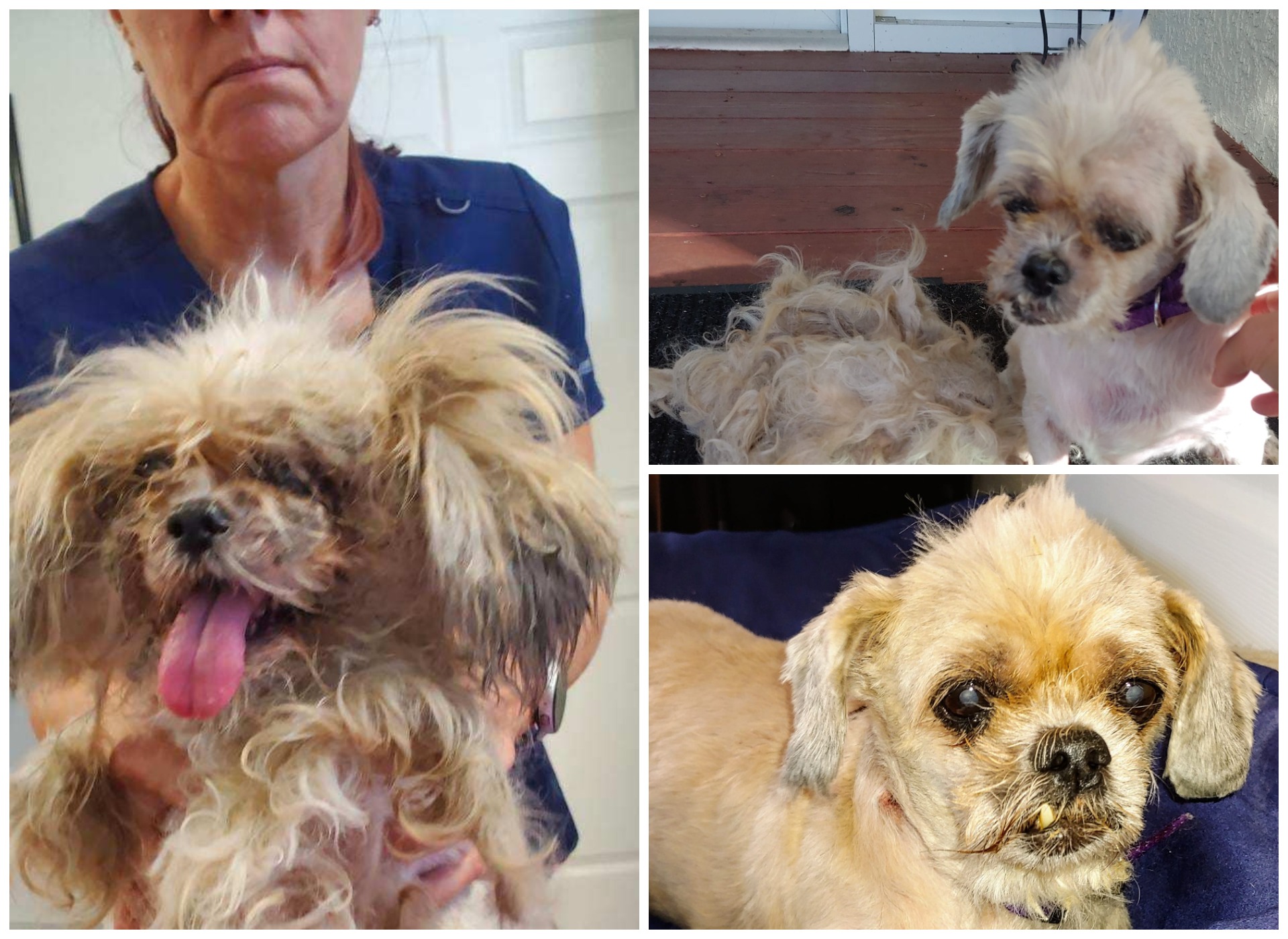 “He has several sores, he has an ear infection, he was severally matted,” said VIP Rescue’s Corrin Smith, who adopted the senior dog so Bama could finally experience a loving home.

But even though Bama is finally safe, Smith is determined to hold the dog’s former owner accountable for the dog’s years of abuse and neglect.

“The woman needs to be prosecuted to the fullest extent of the law, there’s no excuse for this,” Smith told ABC Action News. 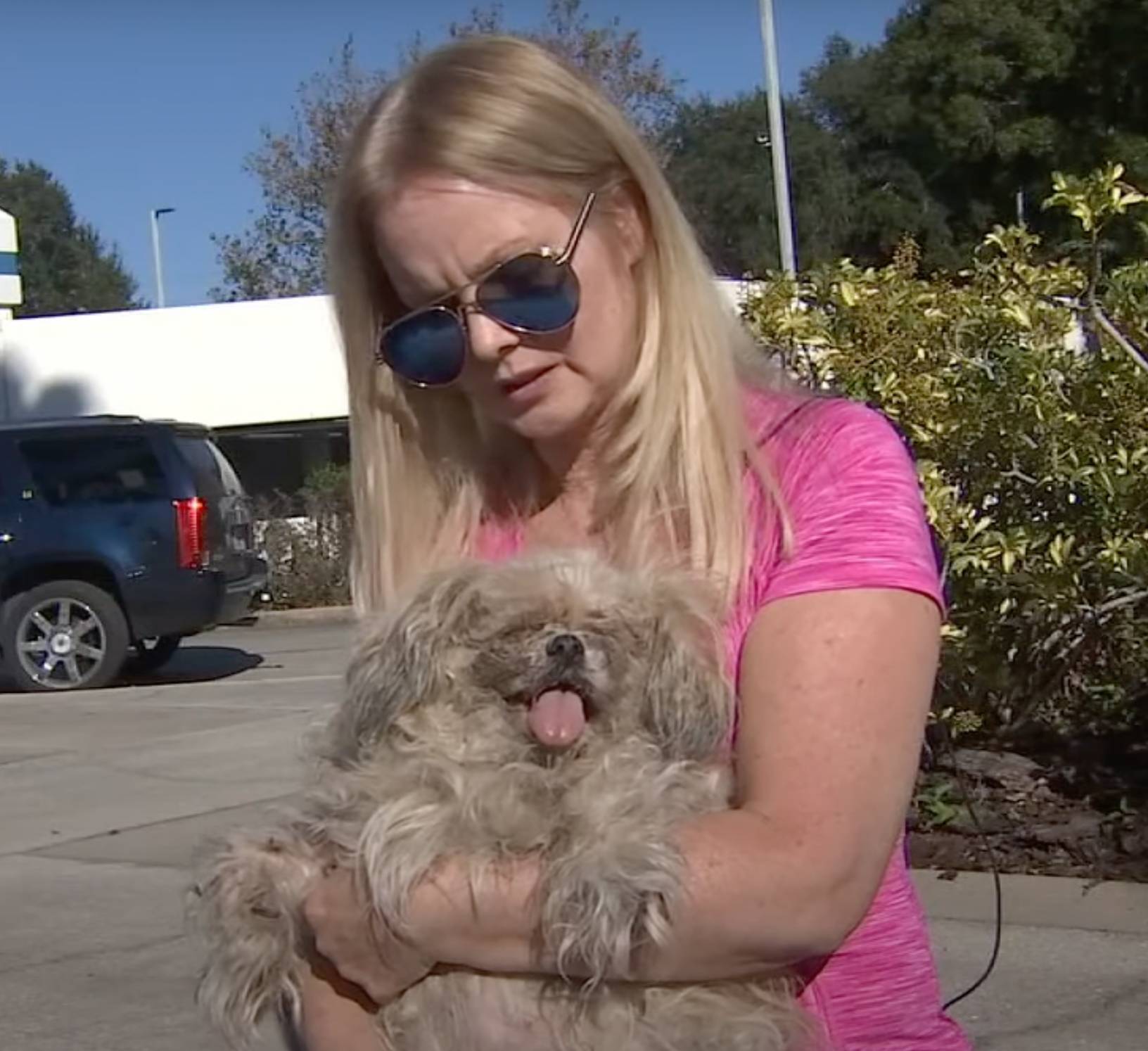 Florida’s state attorney’s office is reportedly mulling charges, according to Chief Vasquez, but in the meantime, the officer hopes this heartbreaking story will be instructive for other travelers.

“We recommend before you get to the airport contact the airline and find out what the requirements are whether there are fees, and what kind of paperwork you need for the animal,” he said. “If you get here and you don’t (have those things), please don’t abandon the animal. Contact somebody and we’ll make arrangements.”

Find out more in the video: