We learned the touching story of the meeting of an orphaned foal and a horse that lost a cub. Such cases prove that there is a place for compassion, kindness, and mercy in the animal world. 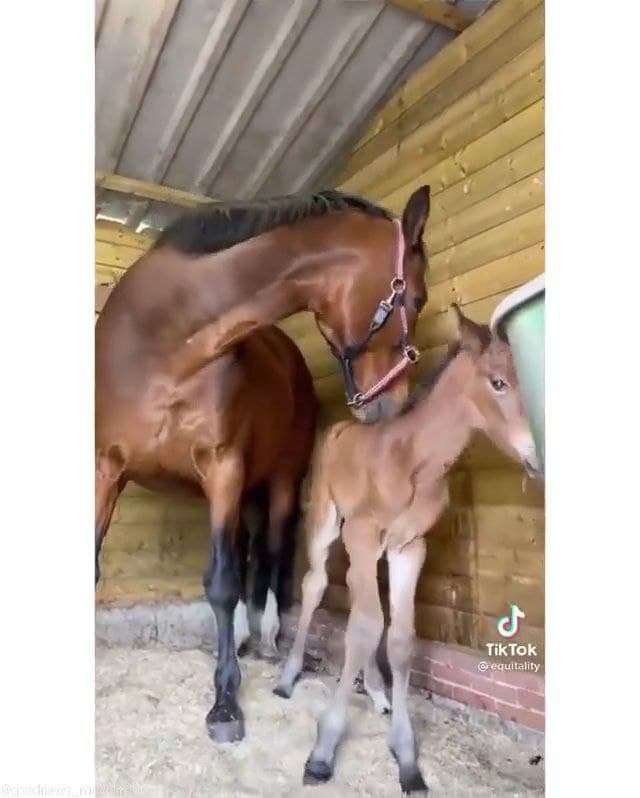 In the spring of 2021, a video appeared on social networks, which captures the touching meeting of two animals who survived grief. A horse named Sitti was supposed to give birth to her firstborn, but the foal died in the womb and was born prematurely. The mother realized her loss and was very sad, nothing pleased her. 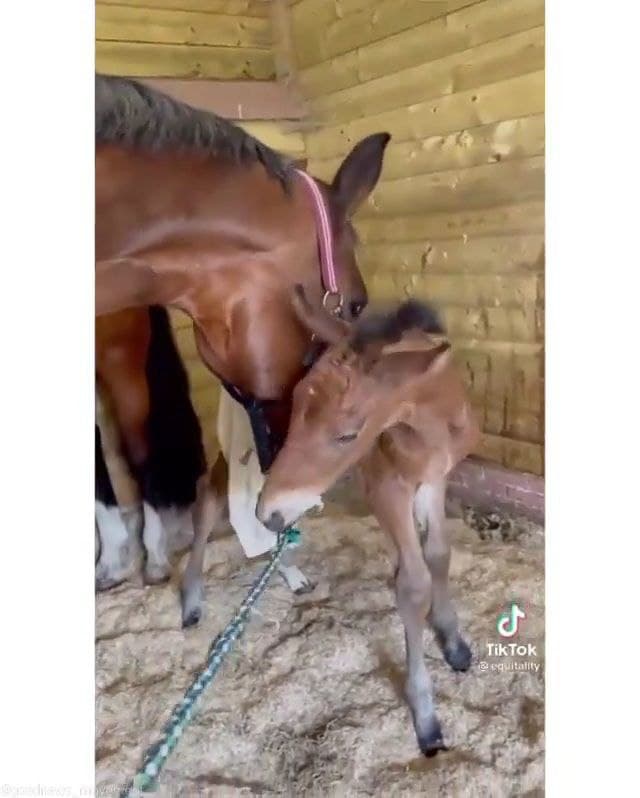 The owners of the young mother who lost the baby are Sein and Iris. They saw how their pet was suffering. And the couple came up with an idea. They learned that there was a foal nearby that had lost his mother: his parent died shortly after giving birth, unable to survive severe intestinal colic. And her baby was orphaned in an instant and was left not only without food but also without the care that the cub needs so much. 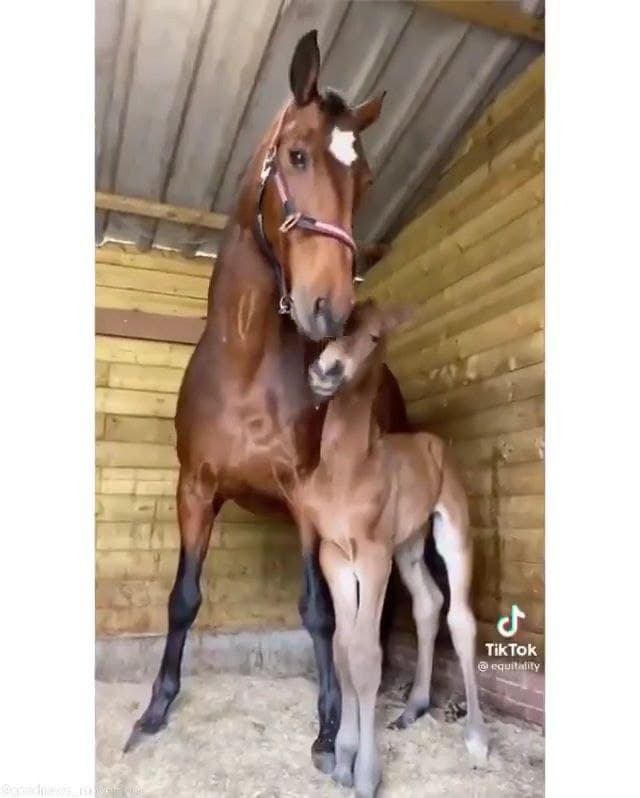 The meeting of Sitti and the little foal was captured on video. The video shows how the kid is curiously approaching the horse. And she, surprisingly, was not afraid and did not even push the little stranger away. She sniffed him thoroughly and let him near the udder with milk. The foal began to drink greedily. Later, the couple got to know each other more closely. 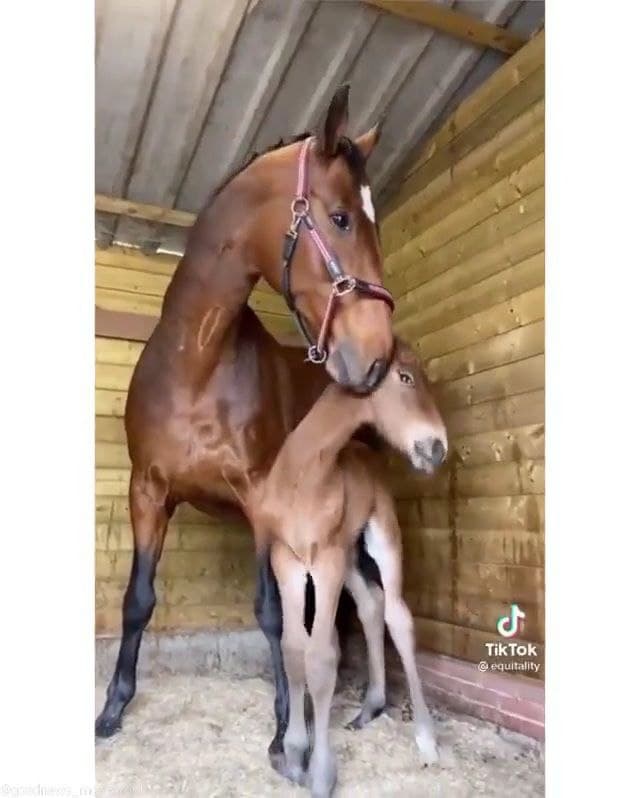 Sitti accepted the baby as if he was her own. And she turned out to be a wonderful foster mother: caring, responsible and gentle. The horse was carefully licking the foal and examining him. Now, these two will be fine, because they have found each other and found true love.