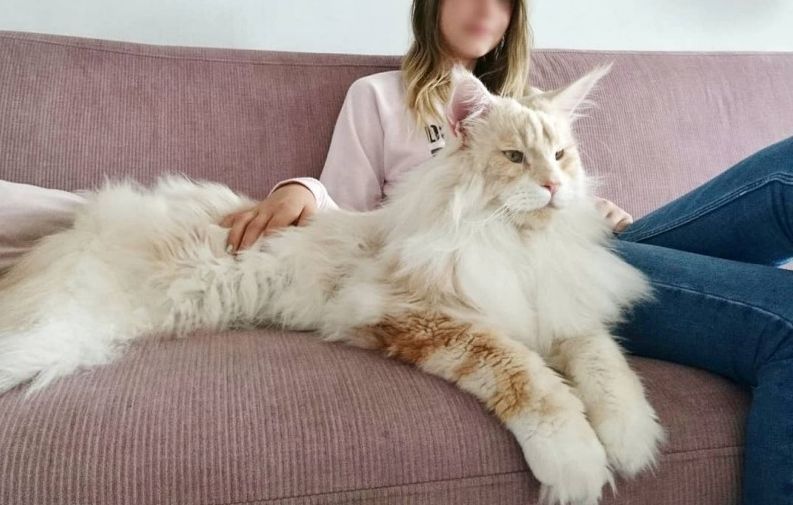 Maine coons impress everyone. Someone is afraid of them, someone admires them, and someone dreams of such a cat living at his house. It’s just that Maine coons were impressed not only with their size but also with their majestic appearance. 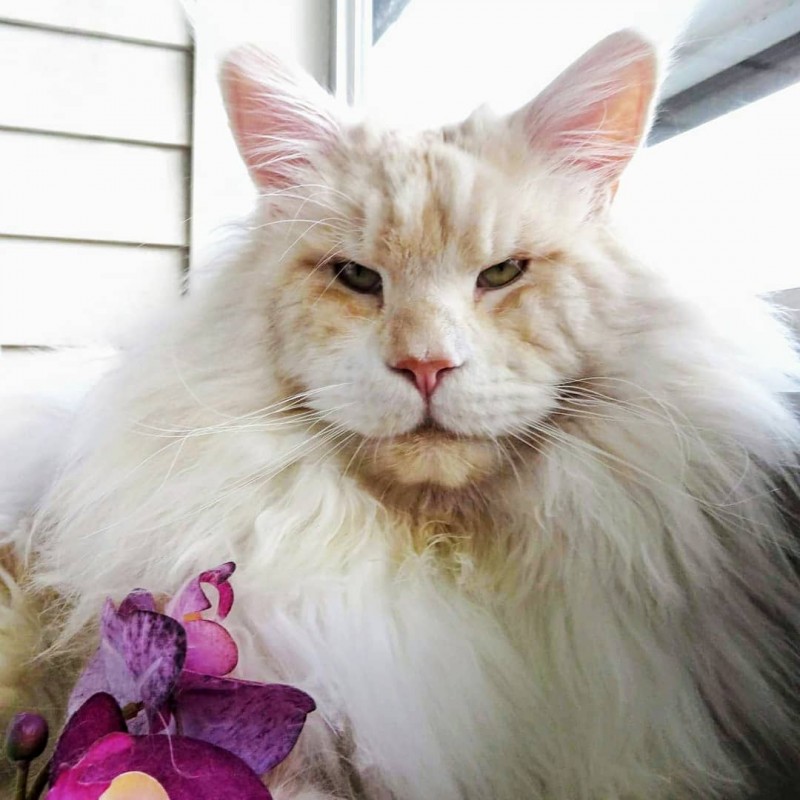 This breed in length, taking into account the tail, can reach 1 meter 20 centimeters, and the weight can reach the mark of 9 kilograms. 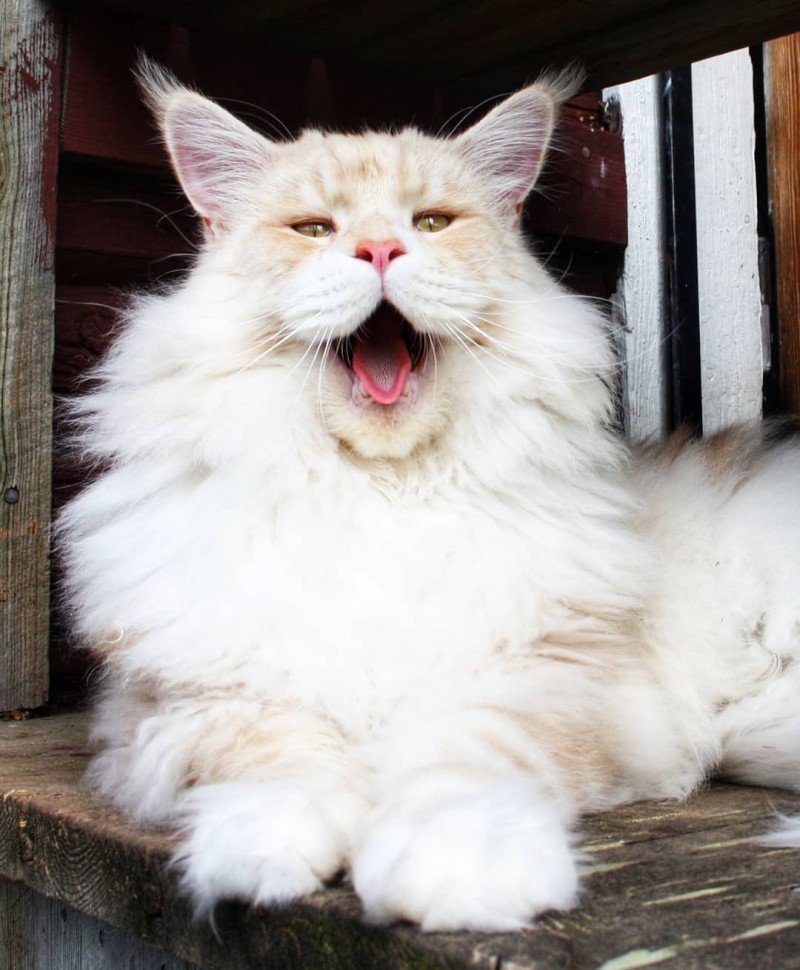 Maine Coons come from the American state of Maine. Local farmers kept them for catching rodents. The bigger the animal was, the better hunter he was. And the harsh winters in the state have caused the long coat of this breed. 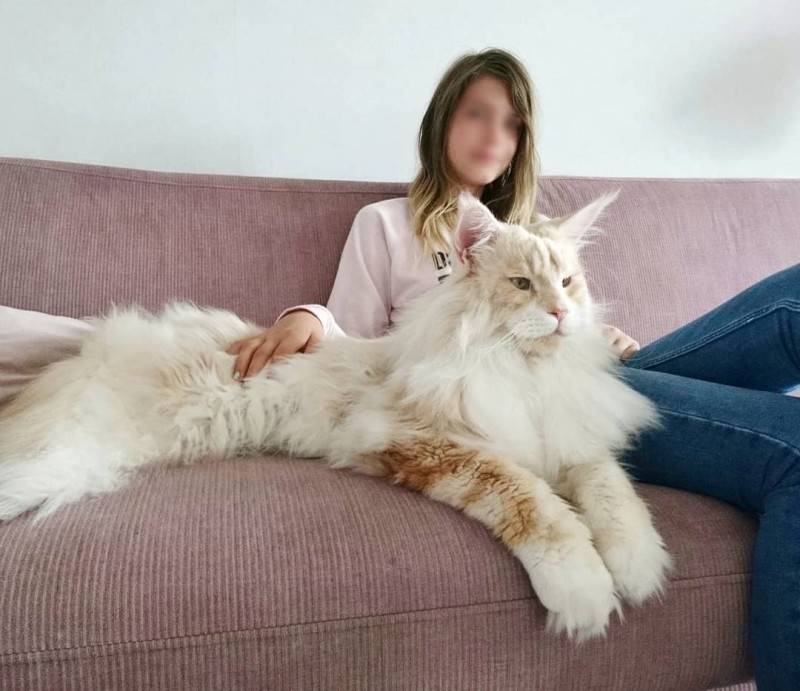 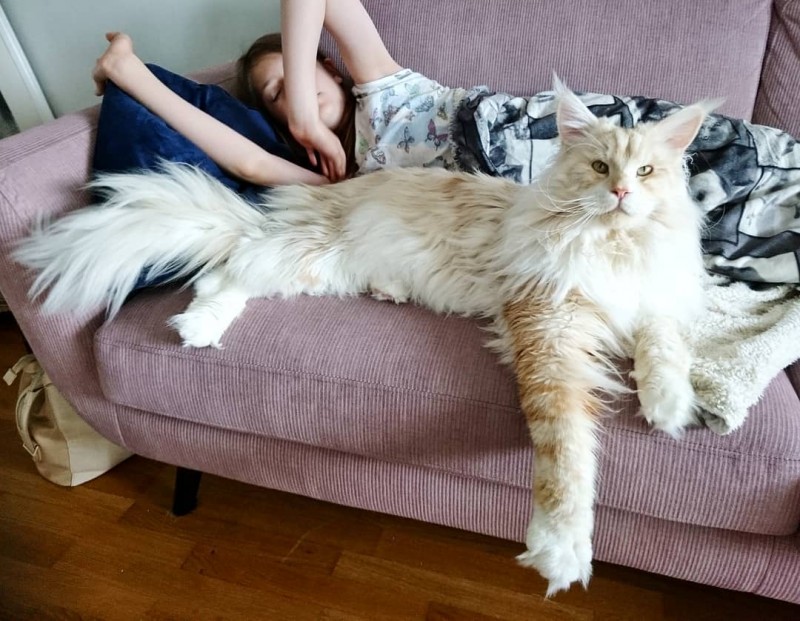 Maine Coon cats gained their recognizable « muzzle » only in the 20th century with the help of breeders and this trait is mainly possessed by males. Female cats of this breed look more comely and much smaller in size. 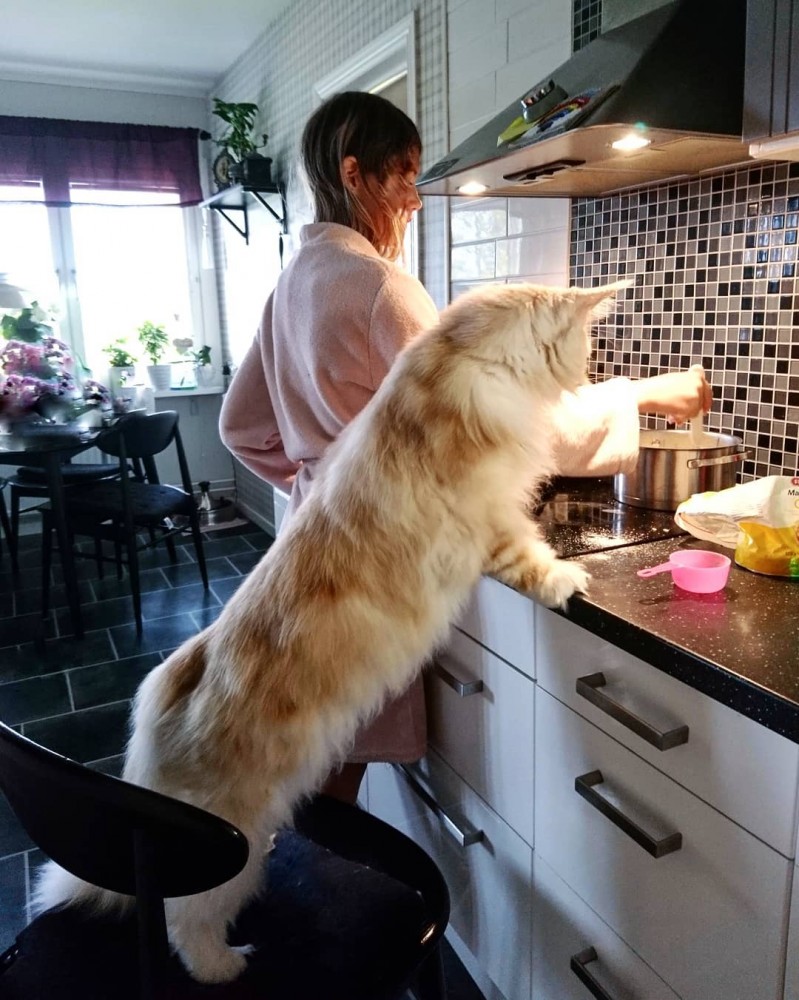 Only the size of the Maine Coon is impressive, and when it is well-groomed and lives without needing anything, it is a great pride of the owner. One of these cats can be called Lotus, which has about 133,000 followers on the social network. 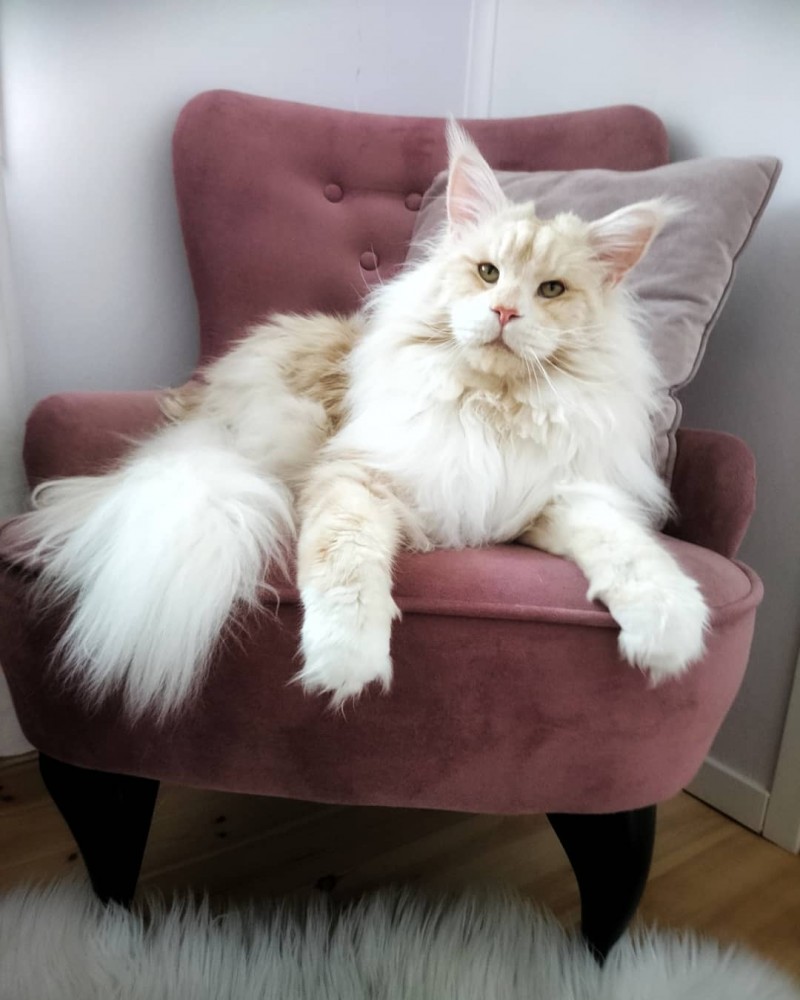 The owner of this cat likes to show what life looks like with a Maine coon in the same house. If Lotus decided to lie down on the sofa, then the owner can only sit in the corner. 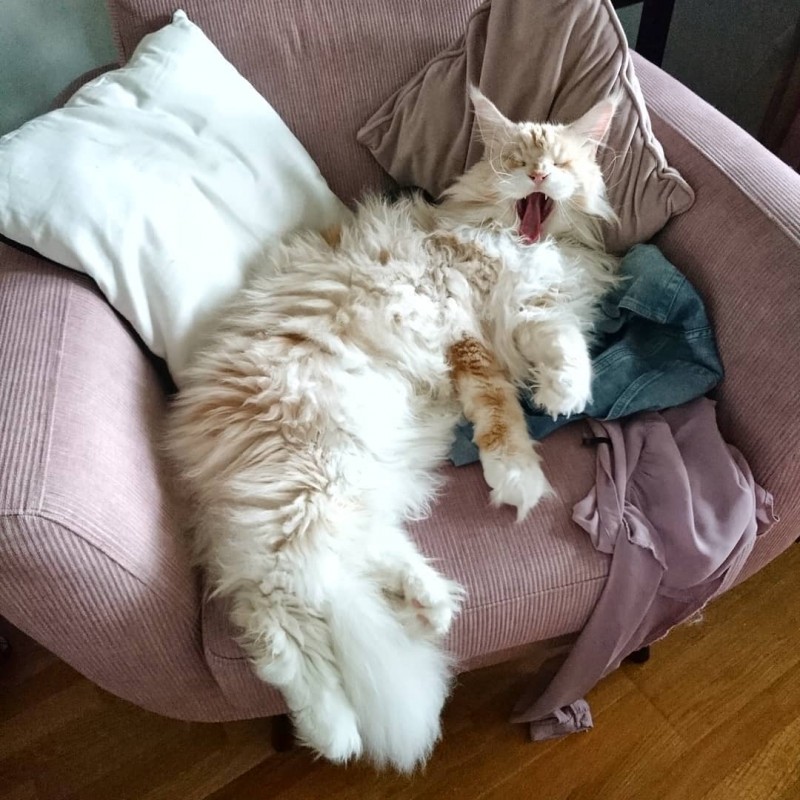 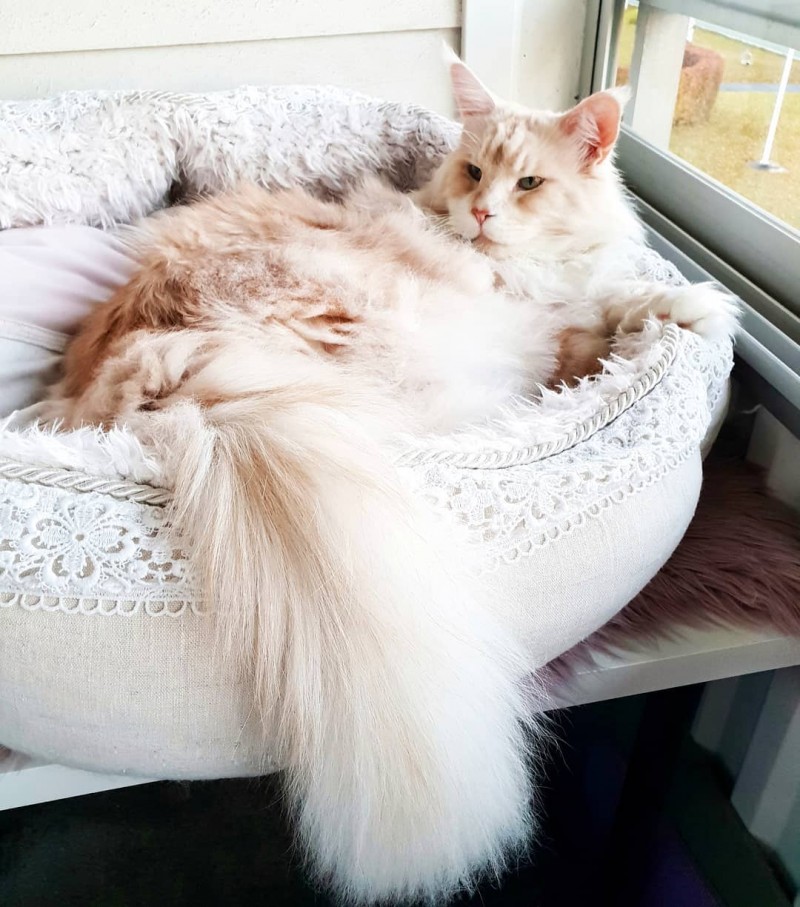 When a cat decides to ask his owner for a delicious treat, then he does not need to jump on the table, it is enough to climb on a chair and stand on his hind legs. 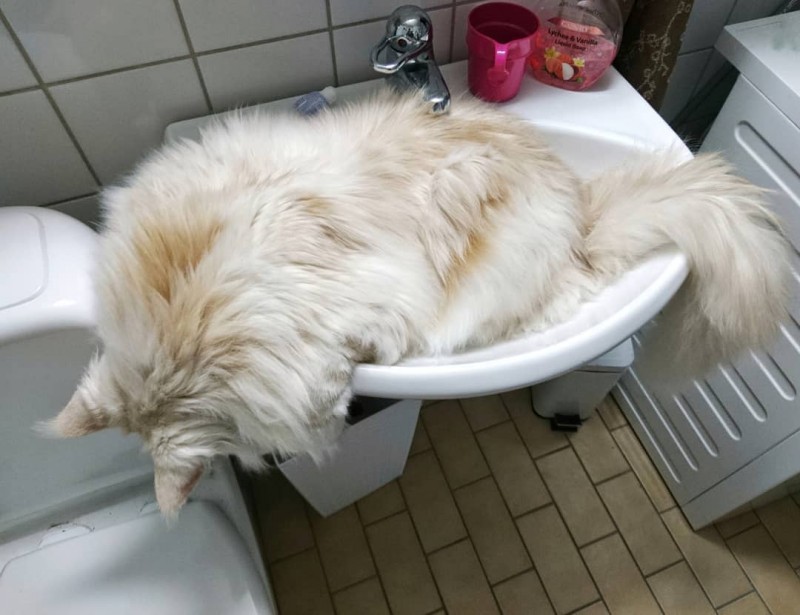 The chair bought for Lotus turned out to be small for him. 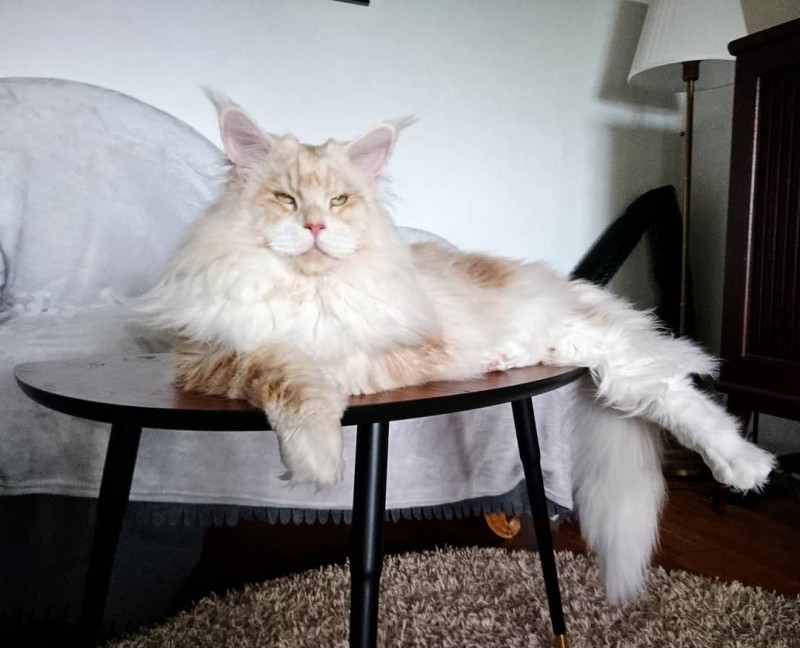 But the owner’s chair is what he needs! 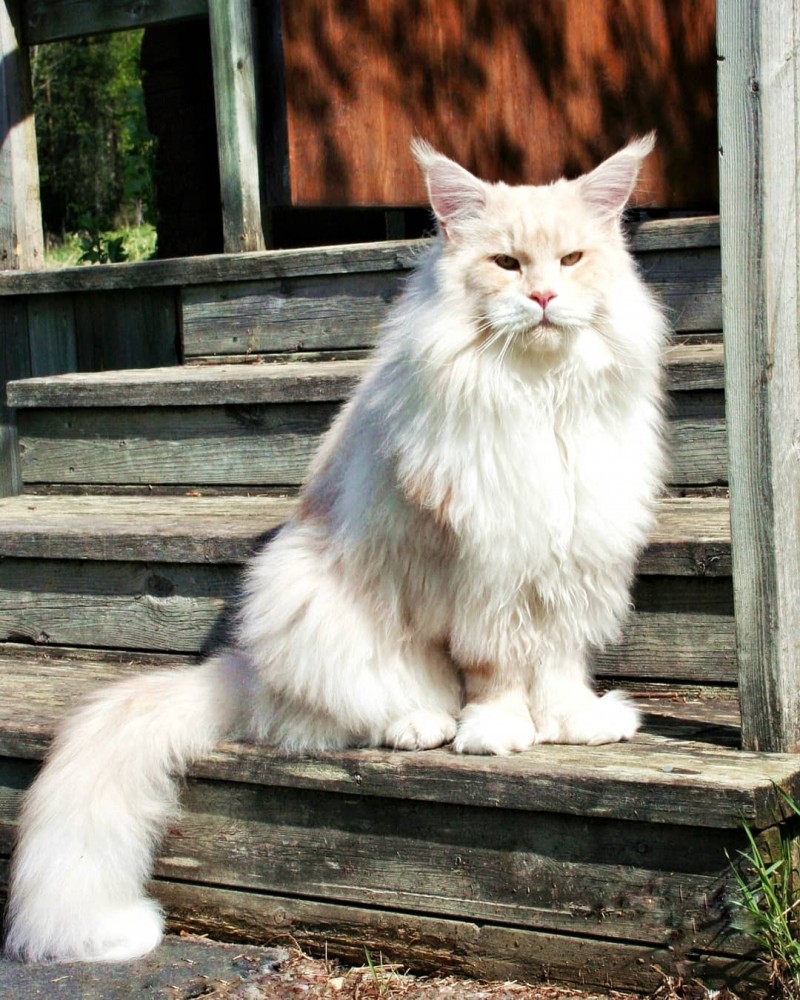 An ordinary sink, in which many cats like to sleep, is small for this cat. He’s barely even sitting there. 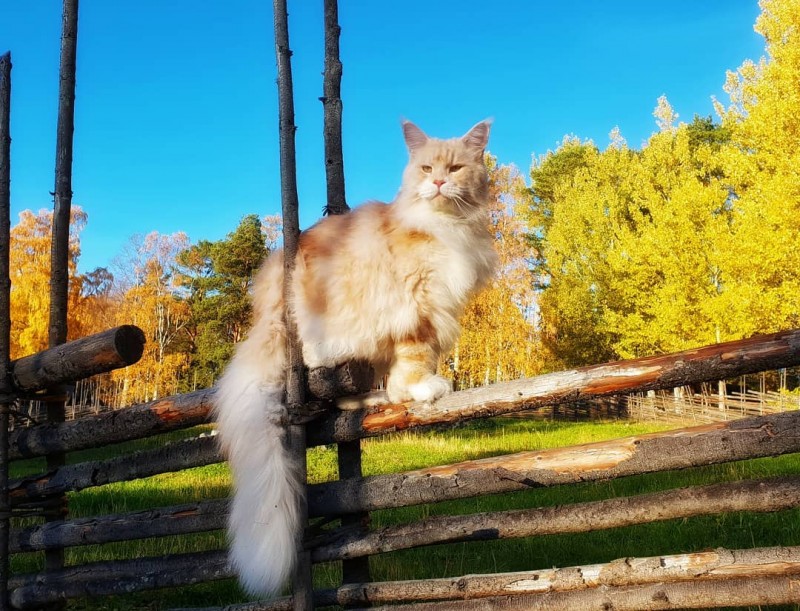 The tables are perfectly sized for a Lotus. 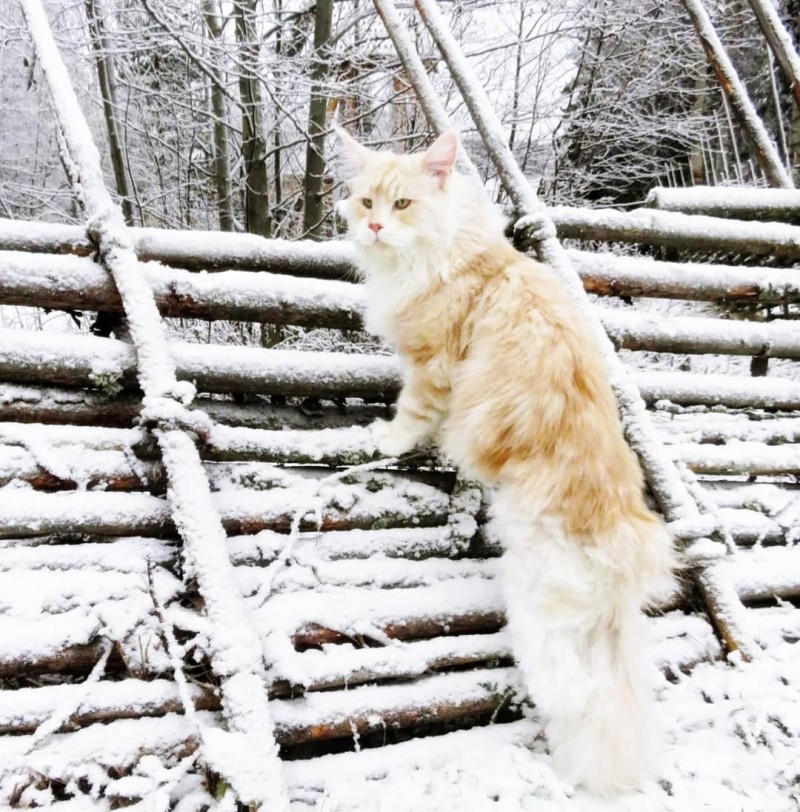 It’s good that the owner lives in a big house and there is a yard where trees grow because Lotus can comfortably spend time outside when he is tired of taking the owner’s place on the sofa. 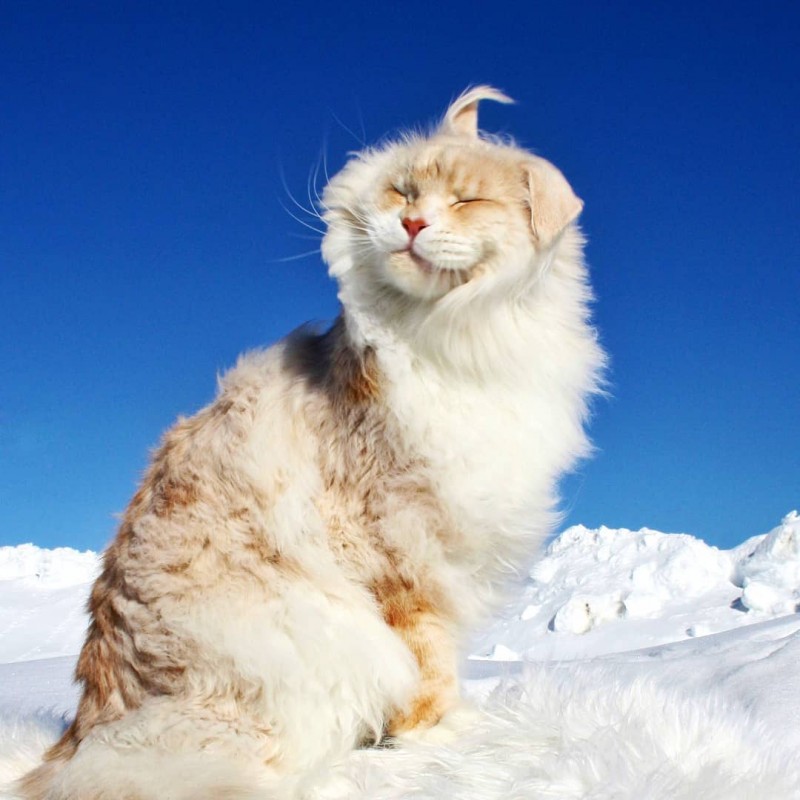 The cat lives in Sweden in an area where the climate is harsh and windy and there is a lot of snow in winter. Such conditions are ideal for this breed. 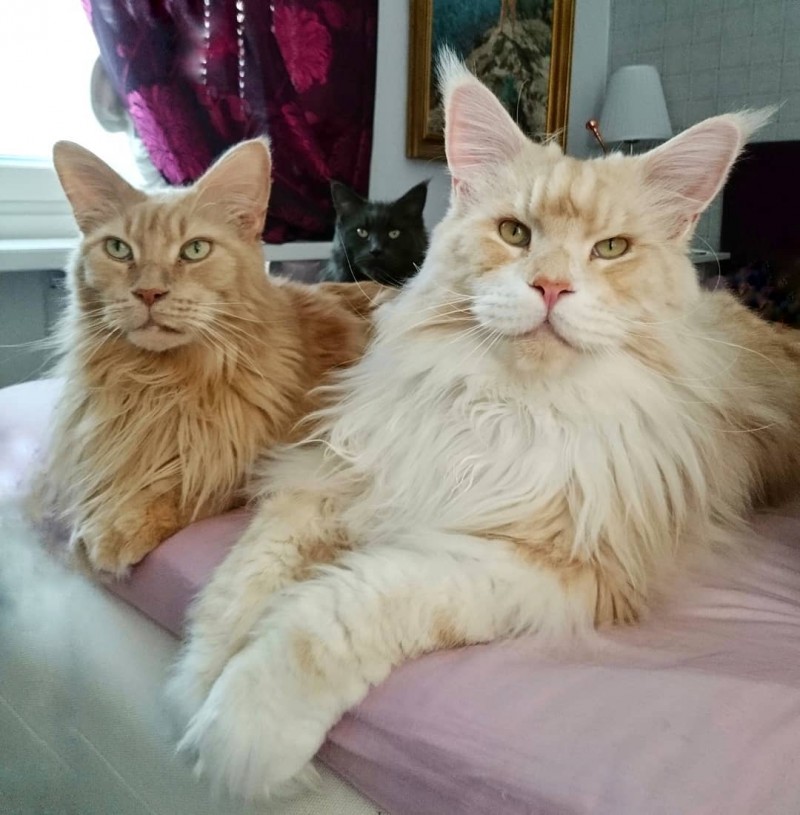 In addition to the Lotus, the girl holds two more Maine Coons, but they are smaller. 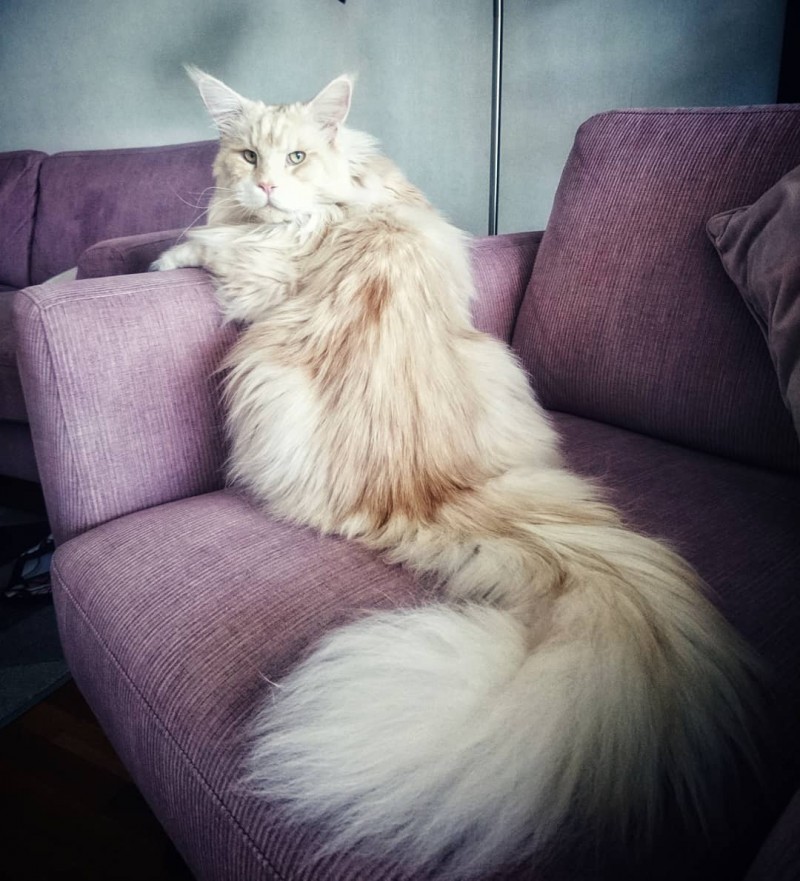 Lotus has a gorgeous tail!