A young dog appeared at one of the private parking lots. It was immediately obvious from it that it used to have a house, only it was very thin. Maybe it was thrown out recently, or maybe it came here from another place, but it can’t feed itself and can’t stand up for itself either. 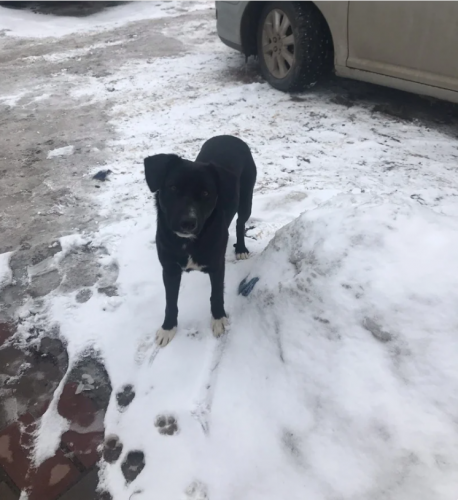 There are guards in the parking lot, of course, who sit in a little storeroom with a heater. Only one of the four guards lets a dog in the storeroom, and the rest of them don’t care. That’s how the poor dog survives.

A kind man works in the parking lot for a day every three days and all the other days, when the temperature dropped to -27, this poor doggie did not go anywhere. It got under cars and it’s unclear how it managed to keep warm, that it didn’t freeze. 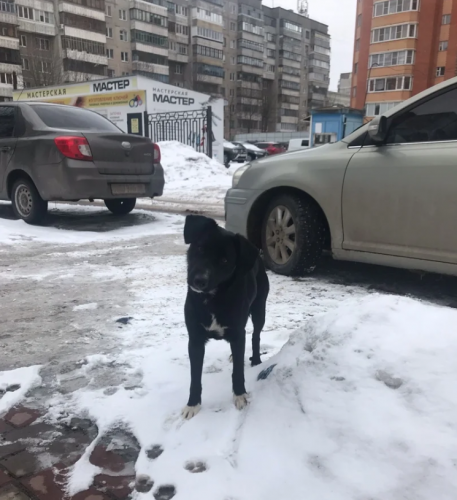 The dog does not want to leave the parking lot, it is waiting for its kind guard. This is what dog loyalty looks like. And that man can’t do anything, just let it warm up and feed it on his shifts. The man is already elderly, his wife has health problems, and she is against the dog. 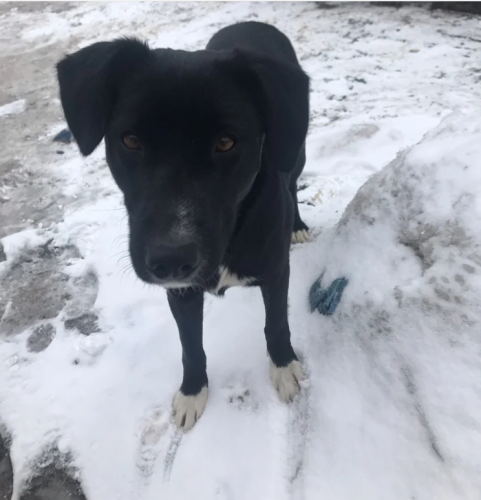 Perhaps the owner just threw his dog away, and it continues to wait for him. And it will do it until its last breath.