When the volunteers found the homeless kitten, they took it to an orphanage where they called it Mura. There, the little one met a dog who was always sad. It turned out that she had lost her puppies and suffered the loss. The baby tried to calm the dog down and started rubbing her head. 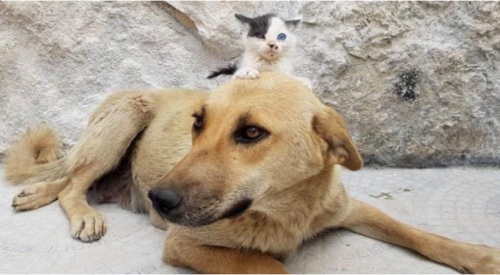 The shelter has the main goal, which is to protect pets who have lost their owners due to military operations in Syria. 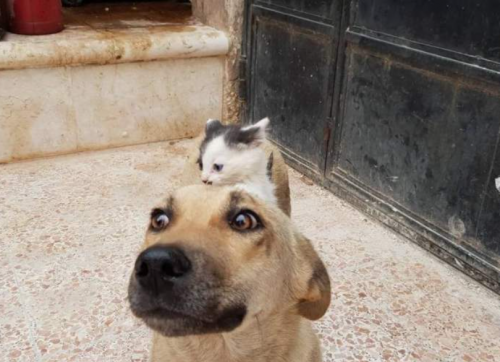 The dog was also found on the street by volunteers, so she ended up in a shelter. After that, when the staff found out that she was pregnant, they gave her a separate corner to make her comfortable. But the dog, who was named Laura, had dead offspring. The staff brought her toys, trying to distract her somehow, but it didn’t help. 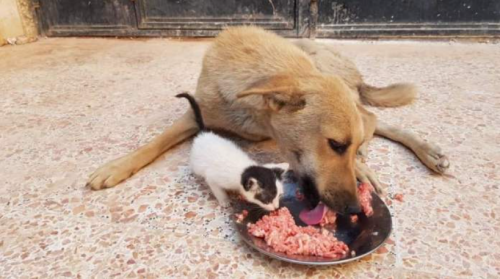 But the little kitty liked both the dog and her toy. Mura wanted to get to know the dog better, and it went up to her, and then rubbed against her head. The animals got along right away. 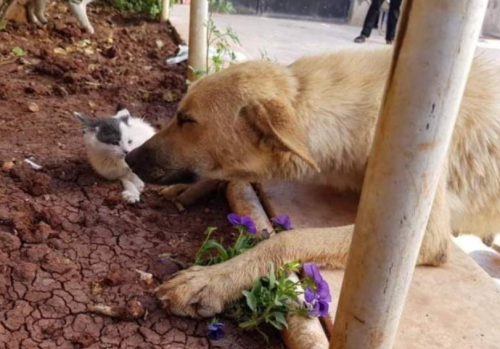 A few days later, the dog forgot about the toy and began to play with the kitten. Laura took care as if it were her cub.

The pet became cheerful again, and her eyes stopped being sad. When you look at this couple, you are immediately touched. 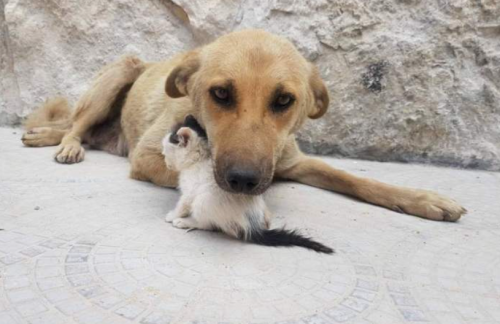 From that moment on, they do everything together: walk, eat from the same bowl, play, sleep. The dog keeps an eye on her adopted child all the time. 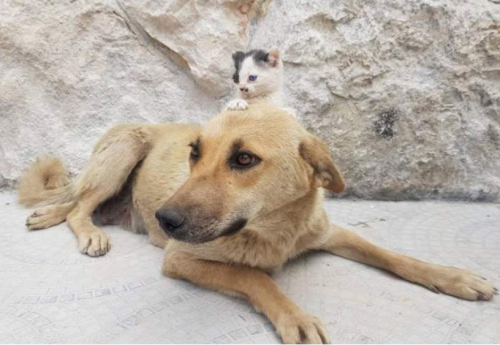 The shelter staff understands that animals cannot be separated. After all, Laura came to life again after meeting the kitten.