The story took place in one of the districts of London. The squirrel decided to look for food in one of the cottages and got trapped, stuck in the toilet. That’s another good reason to put the toilet lid down.

For the owners of this house, Sunday was not a special day. Until one of its residents decided to go to the bathroom. There he found a squirrel in the toilet that was flopping in the water. 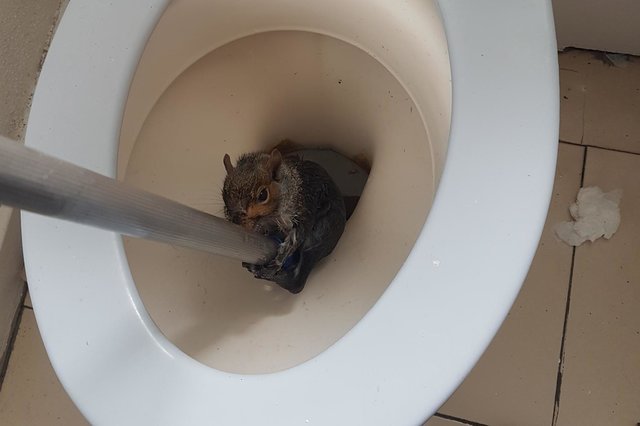 The animal was in a very unpleasant situation and was trapped for at least an hour. It was unable to get out. The squirrel was all wet and very tired. The man immediately dialed the number of the Royal Animal Welfare Organization.

Christy Gallard took the call. She easily pulled a squirrel out of the toilet, lowering it with a stick that the animal immediately grabbed. 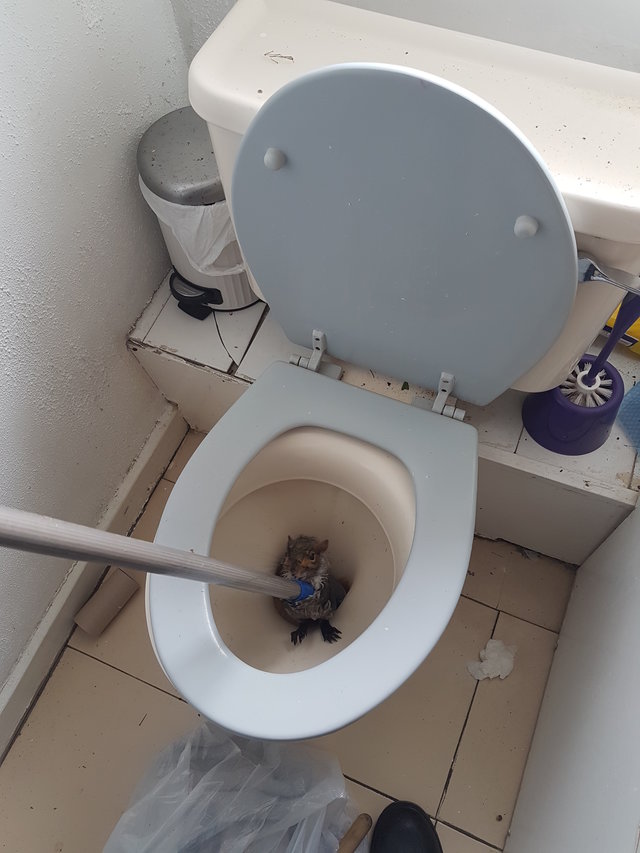 Then the squirrel was taken out and wrapped in a towel to dry.

Christy then examined the animal and saw that, apart from the wet fur, it had no injuries or other health problems.

« I think it broke into the house through the roof window and tried to hide in the toilet. Everything was fine and it didn’t need any additional help. So I immediately released the squirrel in the nearest park. » 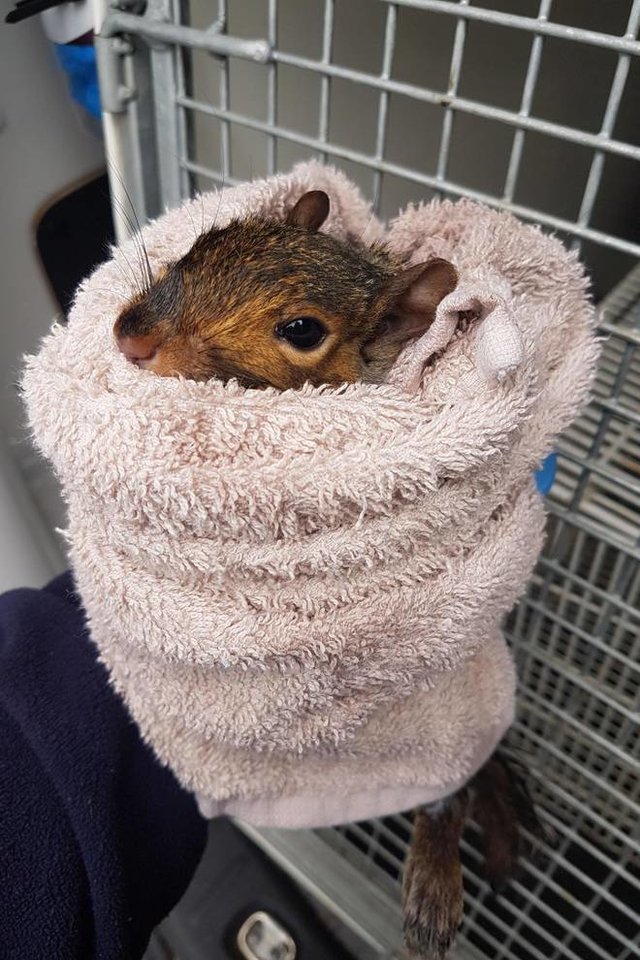 The woman also added that although she had witnessed strange and funny situations with various animals many times, this case with a squirrel was the first, no one had ever been stuck in the toilet before.

«Once we have rescued a bat that is stuck in the sink, but now the first place for the most unusual case goes to the squirrel».