One autumn morning, a girl named Brittany was woken up by her boyfriend. On the phone, the young man said that he had discovered something and asked for help.

The girl is doing volunteer work for an animal rescue organization. Brittany and her boyfriend love four-legged friends.

The young man led Brittany to one of the cars standing in the parking lot and asked her to look under the car. The moment Brittany looked under the car, she was in a mild shock. A tiny pit bull dog was hiding there. The dog was exhausted, sickly. 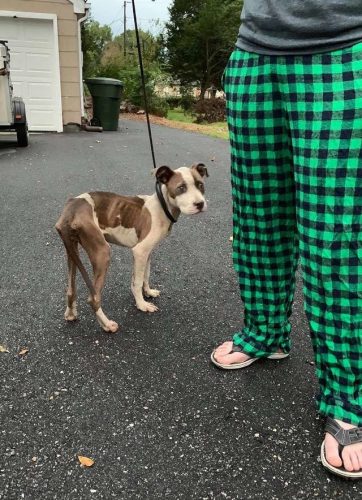 It took a couple a long time to get the puppy out from under the car. They lured him with a delicious treat. The baby pitbull turned out to be a girl. The baby was so emaciated that it was possible to feel all her bones. The baby’s fur was stained with engine oil. 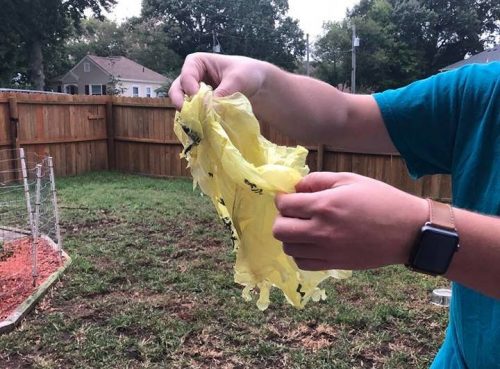 This is not all the information. The puppy’s neck was wrapped with a tight plastic, similar to the one used to wrap packages from the store. They couldn’t figure out how it happened. Perhaps some cruel person wrapped plastic around the dog to increase the suffering, or she got tangled in it when she was looking for food in the trash. This remains a mystery. 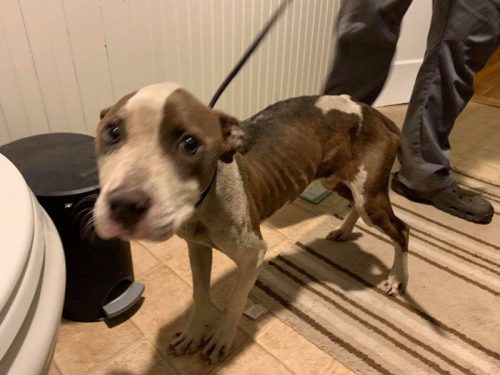 The girl and the guy freed the baby, bathed, and fed. It was very difficult to wash her of oil. Then the rescuers handed the dog to another volunteer girl and she took the baby to the vet for examination. 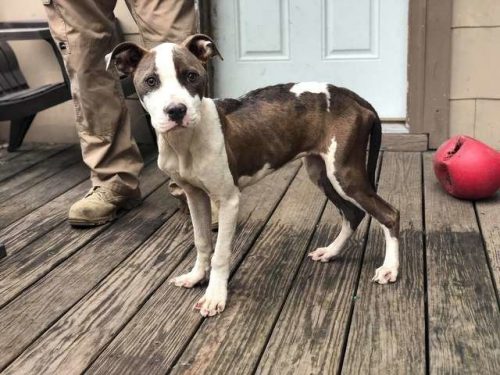 It turned out that the puppy is about four months old. However, the baby has a very small weight for her age. In addition, she was found to have worms in her body. The puppy had no other problems. 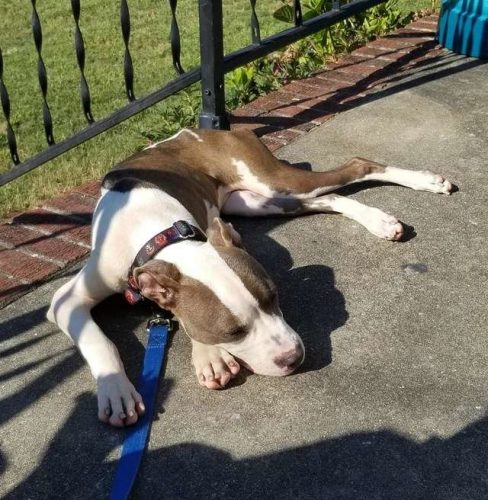 At first, the baby was very scared and squeezed. There was an impression that she was treated badly. Then she became more playful. After seven days, the baby ate with an appetite and played with people. Now the baby is steadily gaining weight. She will grow up to be a cute and healthy dog.