Some people are willing to do anything to give happiness to their beloved pets. Especially when animals make their owners incredibly happy. A man named Derek Rochet brought a cat at his girlfriend’s suggestion. He was not enthusiastic about the idea but agreed to it in order to make her happy. So a little kitty appeared in his life, which was named Jelly. Derek loved her as soon as he saw her.

The kitty was very curious and lively, loved to walk outside in the yard. Derek has been thinking for a long time that it is worth creating a space for his pet in which she could be outdoors and at the same time play and have fun. 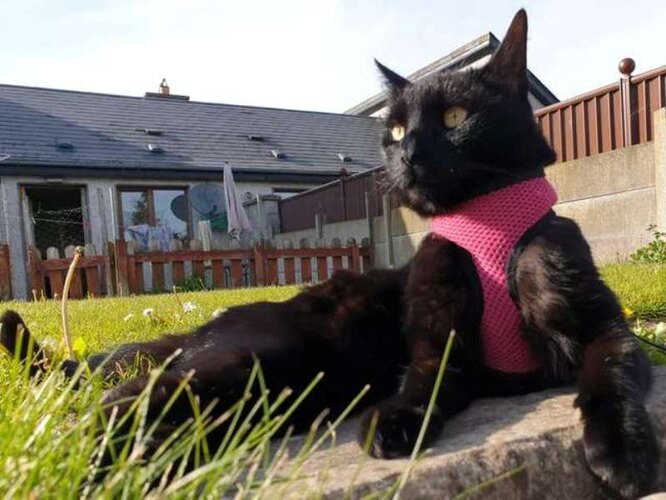 When Jelly got older, she got sick. It was her health problems that accelerated the construction of the play area. In addition, Derek and his girlfriend got a few more cats. The new pets also needed such a special place to play outside.

People built a huge house of several levels, which had everything so that cats could frolic and relax. For Derek, the experience of building such a structure was completely new. He had to act at random. 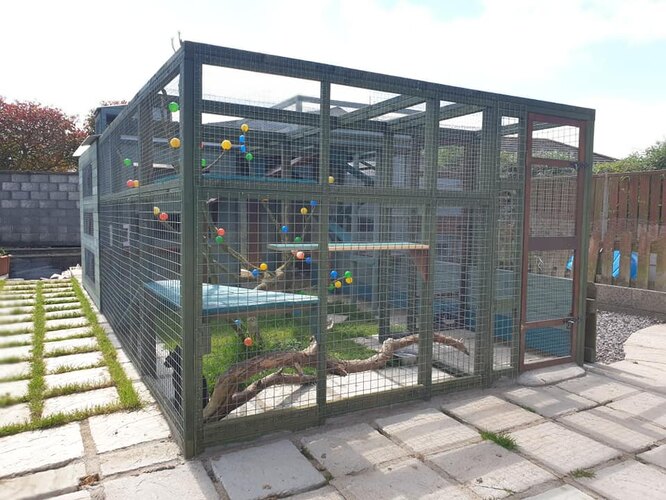 « I had to take many nuances into account in the design of the building, » says Derek now. » I learned everything by working. Jelly came to me every day to observe the construction, and she was the one who told me where to put the details. She chose the place for the bridge and the doors. I always say that Jelly was not only the inspiration for the whole project but also the consulting engineer. » 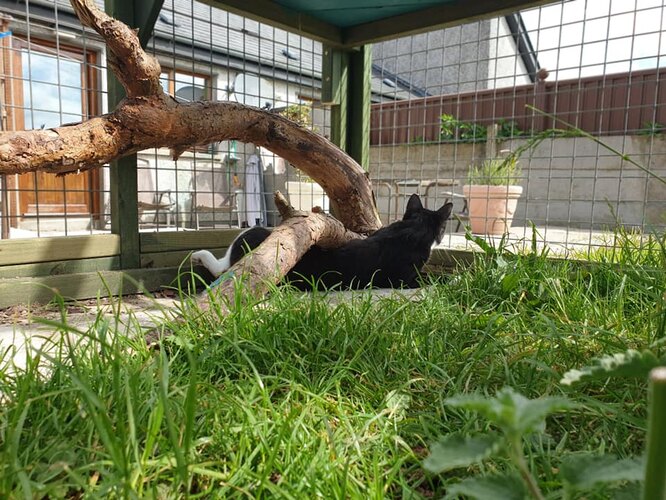 Derek couldn’t build all day because he had to go to work. So the project took a year. But the result was exactly what a man wanted to see. Only after seeing their new playground, the cats immediately ran to it for a proper examination. 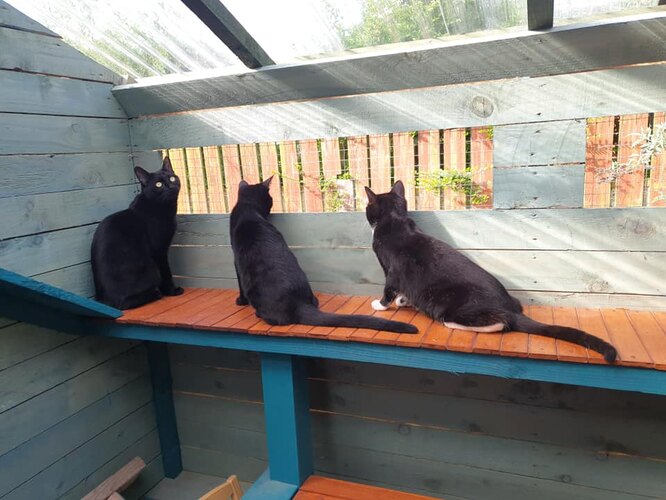 Jelly and Smudge easily got used to the new site. Penny’s adaptation was not so easy. But in the end, she also fell in love with her owner’s gift. Now she plays here even more often than the others. 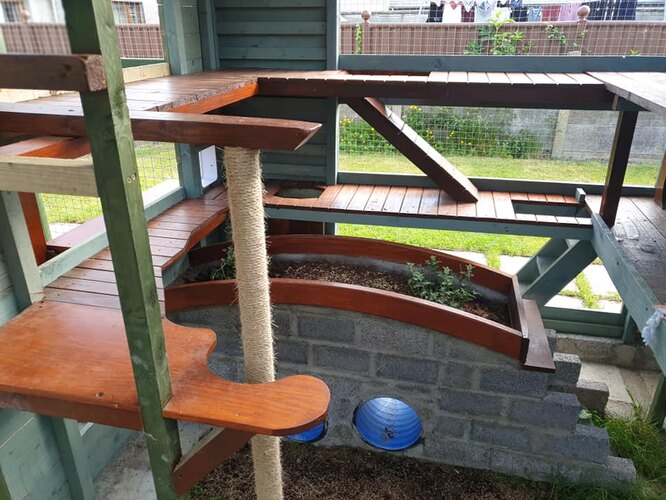 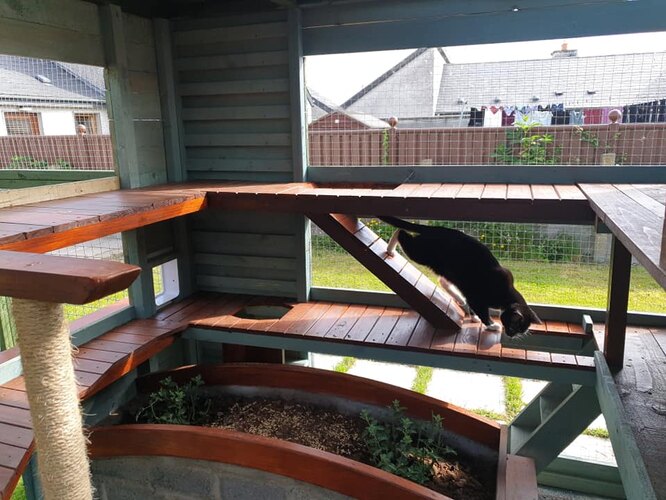 The design includes many levels, between which there are stairs, as well as couches and mazes. 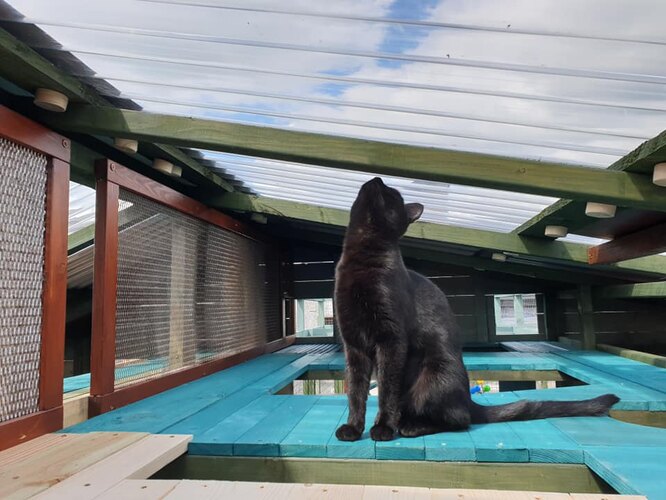 On each of the levels, Derek installed feeders and drinkers, as well as trays so that the cats could spend the night in the yard if they so wanted. 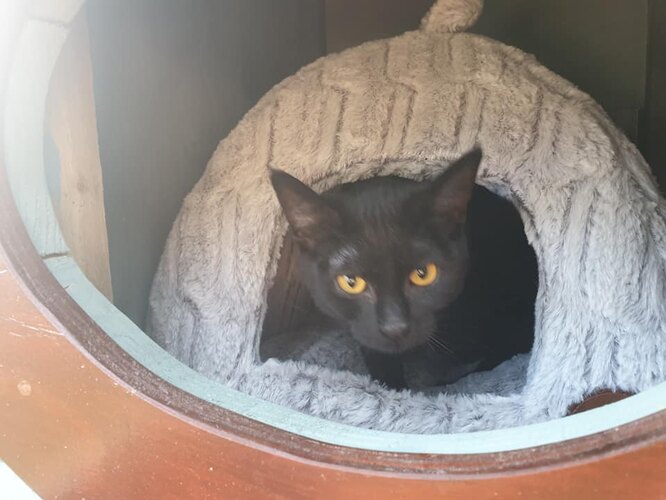 Now the space for cats is a separate construct, but later the man plans to connect it with the house so cats can walk back and forth at any time.