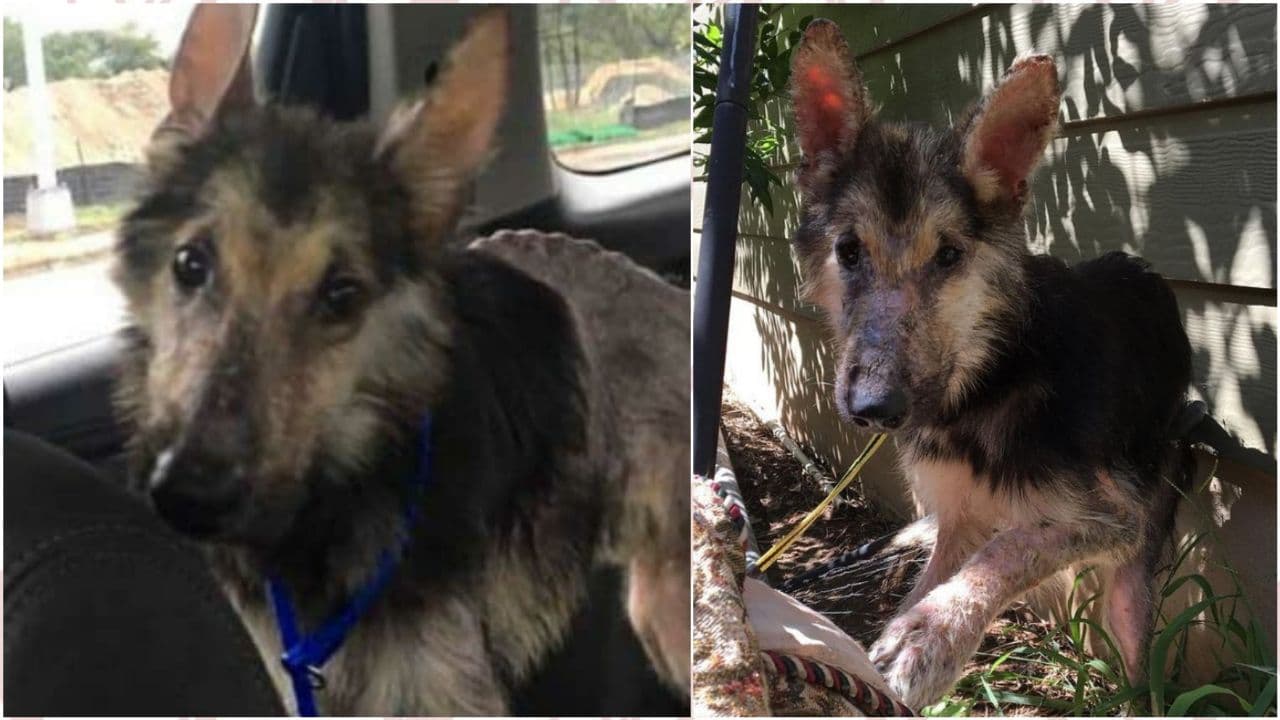 « Is this « wool clot » really a dog? » the girl thought when she first saw Kioro. The dog actually looked more like a scarecrow used to scare away birds in the garden than an animal. Also, the girl was alarmed that the dog looked at her with a « glass » look and did not breathe. This made her touch the dog to make sure that it was alive. As soon as the girl touched the dog, it immediately jerked sharply. Fortunately, Kioro was alive. 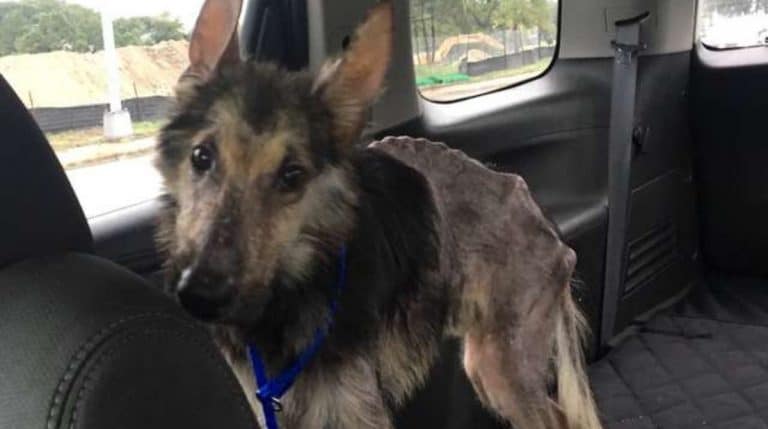 The breed of the dog is a German Shepherd. The paws of the poor animal got stuck in the frame of the bed, which stood in the backyard of one of the houses. The dog was so exhausted that it could not get out of there on its own. When Kioro saw the girl, it was overjoyed. The dog realized that only she could save it. 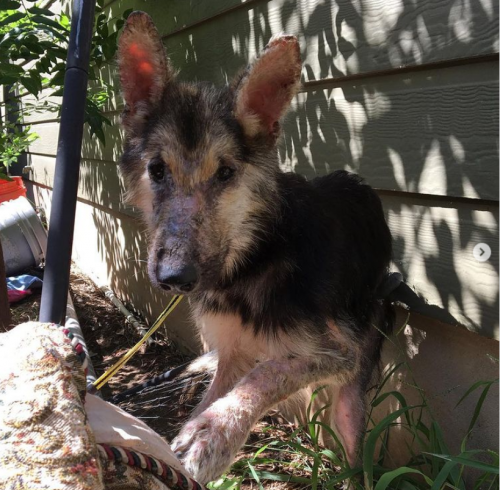 The girl says that the dog was not afraid of her at all, in its eyes she could read trust. It didn’t even doubt that she would certainly pull it out of the trouble. 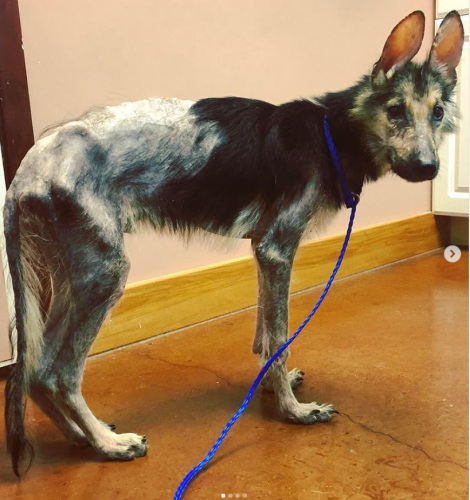 The savior freed the dog and wrapped it in her own jacket. She was amazed at how exhausted it was. The dog was weightless as if it had not received any food at all for a long time. 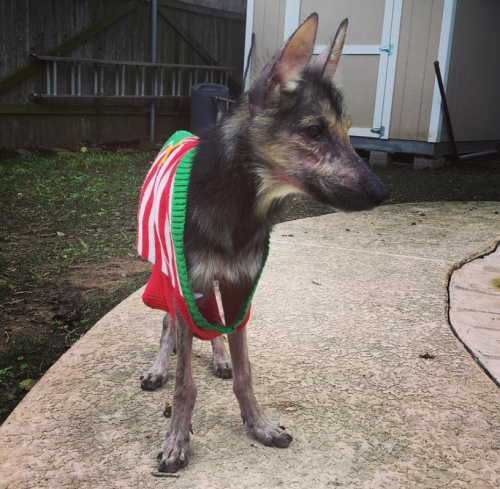 Kilina (as the girl was called) immediately took the dog to a veterinary examination. The doctor said that the dog, although serious, but in stable condition. Of course, the shepherd dog required many medical procedures. In addition to severe exhaustion, it had a neglected form of scabies. Kioro’s approximate age is six months. Doctors of the veterinary department were imbued with sympathy for the sick unfortunate dog. They even decided to help it financially so that there would be enough for treatment. 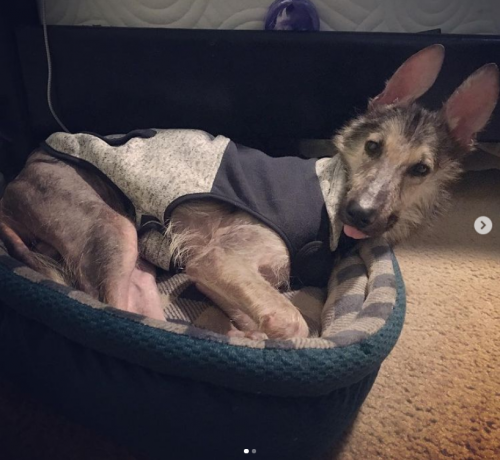 Kilina visited the dog daily, she felt responsible for it. Gradually, she began to become attached to the animal. She made the decision that she would take the male shepherd dog to her home and take care of it until a full recovery came. 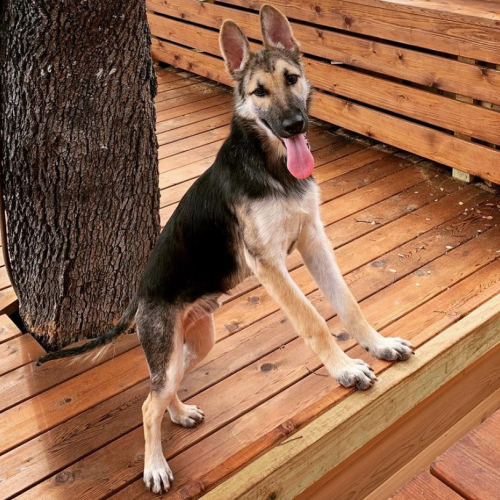 However, soon the girl decided that she would take the dog forever. She realized that she would no longer be able to part with it. She treated it, showed care, made therapeutic baths for the pet. Soon its body began to be covered with new hair, it was beautiful and shiny. When the dog gained weight, it stopped looking like an unfortunate emaciated dog. It was an energetic cheerful and handsome dog. 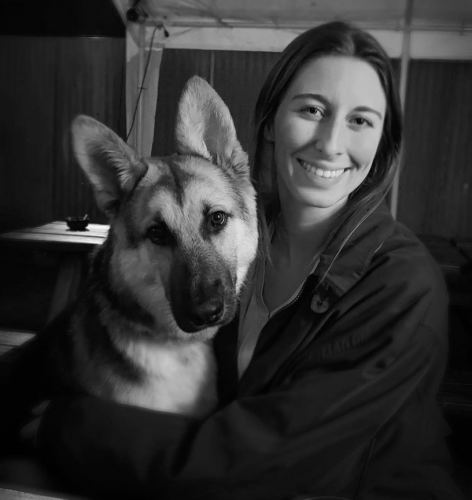 Kilina notes that the dog has a very friendly and kind character. It loves people. Kioro does not live with the girl for long, but she already considers it a full member of the family. They even sleep together. 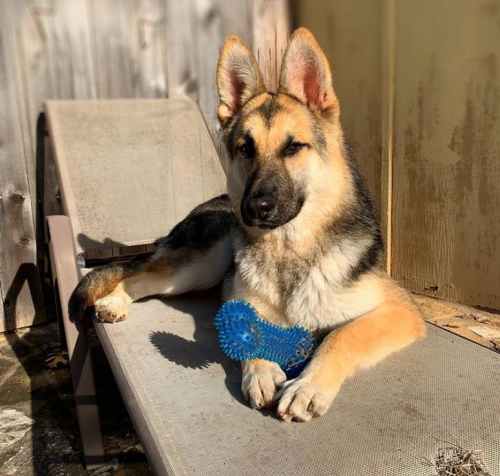 Such a good and wonderful story.