We all know that bears are very dangerous. We usually try to avoid them if we’re in the places where they live. But what if a wild animal needs help?

The story took place in Karelia, on a lake.

Fishermen were fishing and did not think that such an adventure would happen to them on this day. They had to react very quickly because the bears needed their help!

A mother bear with two cubs tried to swim across the lake. However, halfway there, she realized that she would not be able to swim to the opposite shore, so she turned back. However, her babies continued to swim for some time. And then they began to sink. The boat in which the fishermen were was not far away, and the cubs realized that this was the only way they could survive! 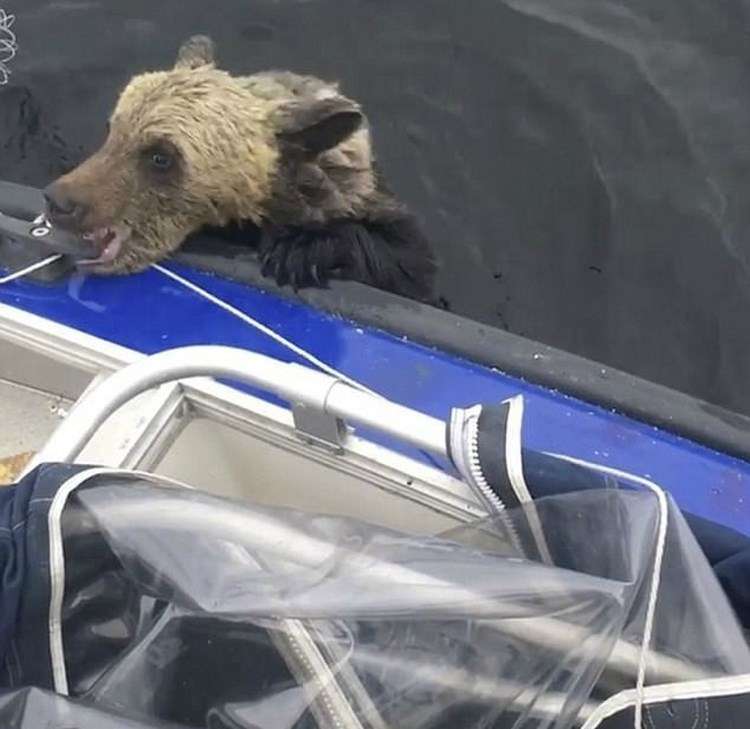 They began to cling to the sides of the boat with their paws and teeth, trying to stay afloat. The kids with their eyes « begged » to save them. Of course, people were wary of wild animals but realized that the cubs just want to survive, not attack them.

One of the fishermen named Artyom said:

« The cubs were swimming with their mother, and suddenly we noticed that she was exhausted and turned back. And her cubs began to sink. We pulled them out of the water and ferried them to the shore, to which their mother was swimming.

Of course, we were afraid, because they’re wild animals. But they are living creatures, we could not let them drown, could not ignore and pretend not to see them». 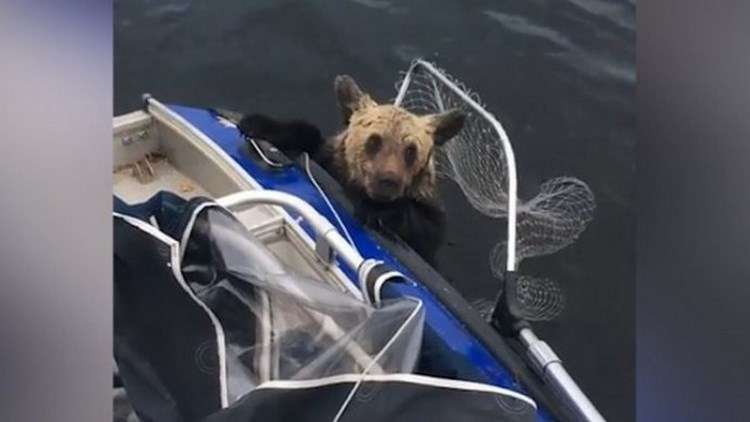 For a while, the cubs had to cling to the boat themselves, as the fishermen decided what to do. They tightened one bear cub with a net, and the second one held on to the net in the water while the men swam to shore.

To the land, the men talked to the cubs, calming them like children. Maybe it helped the kids to hold on to the last because they saw that people were helping. 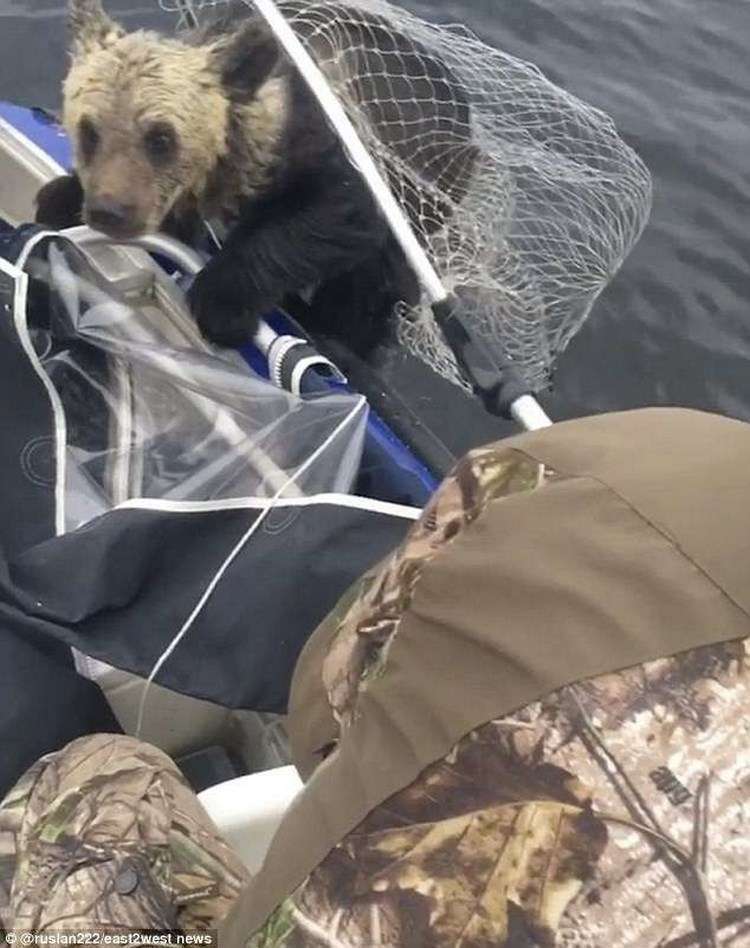 Fishermen took the bears to one of the islands, where they saw a mother bear swim. They hoped that the mother would soon find her cubs and help them recover from what had happened.

« They were almost completely exhausted and couldn’t even move. We hope that the mother bear will help them recover, » the brave rescuers said.