It’s not uncommon for people to love animals, but they don’t want a pet. They help shelters, as well as volunteers who take animals home but only temporarily, or help with money, transportation, or food. Today we’re going to talk about one of them named Carrie. When she found out about the cat and the kittens, she wanted to come to the animal shelter to see the babies.

All the kittens were good, except for one. It had a grey-white coat color, lying separate from the other kittens. The cat mother refused to feed it and the kittens were not interested in it. 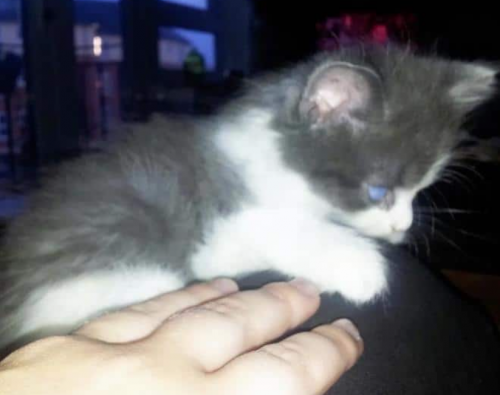 The staff told Carrie that the kitten was born blind and had problems with the skeleton. No one knew if it would survive. In nature, only the strongest survive.

Carrie couldn’t resist taking the baby in her hand. From the warmth of her hands, it curled up in a ball. And when the girl caressed its back gently with her finger, it purred with pleasure.

A kind girl had this defenseless kitten on her mind and she decided to take it for herself.

The kitten chose the most effective way to deceive Mother Nature. It was just sweet and charming. It was named Louis. The girl is happy that this fluffy lump lives with her, and Louis reciprocates her.

The kitten tries to remember how the objects are located in the house, it determines a lot by smell. It’s not scared at all when Carrie is next to it. 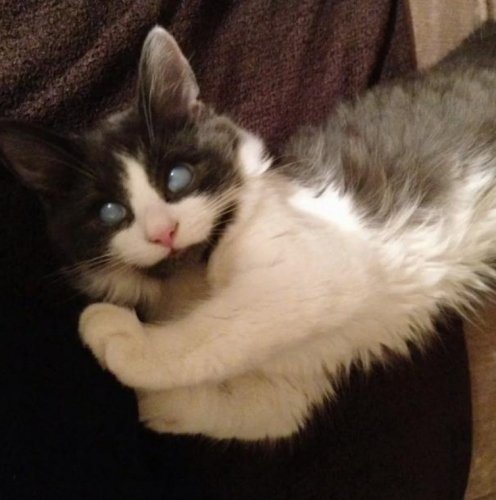 Louis prefers toys that make loud noises when moving. So it’s easier for it to find them.

In order to never be alone, Louis always follows people around, as if studying the world through their eyes.

Louis learns about the world around t thanks to its nose, ears, and antennae, with which it feels every object. Certain death awaited it on the street. 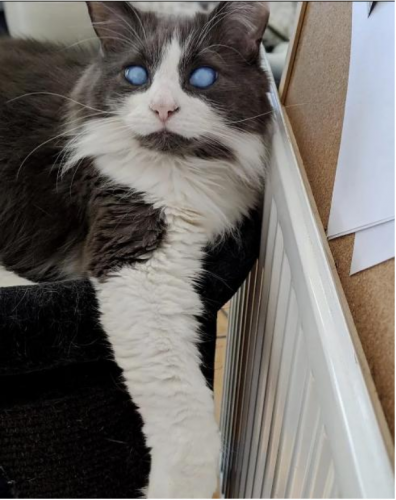 Today it is a big, fluffy, and completely happy cat.

They solve all problems only together.