A resident of the USA, Carol O’Connell once met a cat in the yard of her house, which was distinguished by a peculiar character. He could not be petted or picked up. Carol, who was an employee of one of the animal rights organizations, knew that sooner or later, the cat would get used to her. She always fed him various goodies, and he began to come to her yard often. It happened that he disappeared from a few weeks to a month. Over time, Carol got her way and the cat began to trust her. After that, she took him to her home. His name was Tiger now. 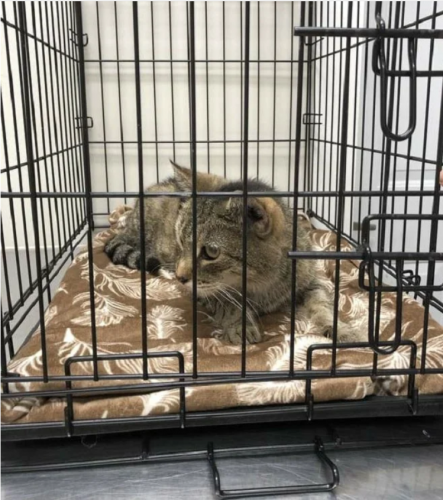 But three years later, the woman’s pet disappeared. On this day, everyone was celebrating Halloween, the streets were filled with people, and the cat went out for a walk. Most likely, he was afraid of such a crowd of people and got lost in the crowd. The woman distributed announcements about the missing animal, but the cat was never found. After a while, Carol moved to a new place of residence and came to terms with the loss.

But 11 years later, a woman was contacted by one of the animal shelters and informed that the Tiger was with them. The owner was found by a chip on the cat’s body. The animal was old and tortured by life. He had problems with his eye, skin, and was also severely emaciated. But, according to veterinarians, there was no threat to life. 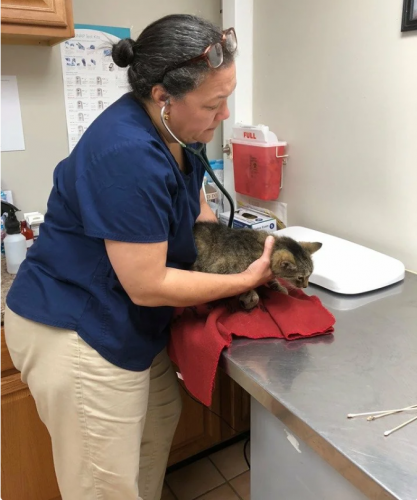 Carol went to get her Tiger. They decided to film their meeting on video. At first, the cat did not recognize the woman as his owner, but then, after sniffing her, put his muzzle on her shoulder.

How the cat lived for all 11 years is unknown. But for the last few months, he lived on the street, where he was fed by caring people. And recently he was brought to the shelter. 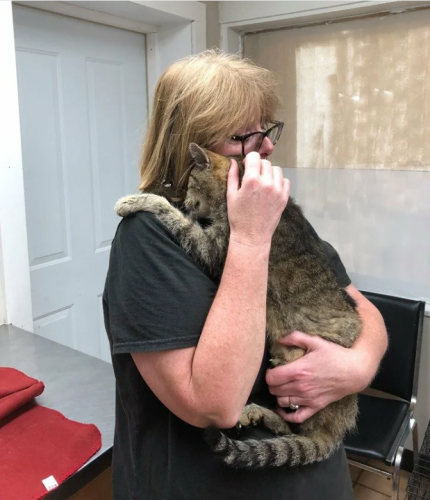 Carol brought the Tiger home. She made a promise to herself that she would not let the cat out on the street again. He quickly settled into his new home, choosing a comfortable place to relax.