Dogs are capable of astonishing loyalty, they always support their owners and never abandon them. In our story, a four-legged friend saved a man by proving that animals can be capable of far deeper emotions than they seem.

The first rays of the spring sun began to warm the ground and the ice on the river became thin, began to break little by little. At such a time, fishermen still come to the reservoirs, expecting a good catch and neglecting their safety for the sake of it. The hero of our story also went fishing, taking his dog with him. 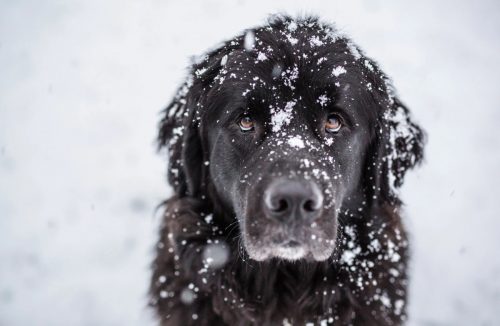 The man was located on an island of ice, which covered the river no longer completely, literally a dozen meters from his hole there was already clear water. To prevent the dog from running away, he fastened it to his clothes, and the animal, quite large, just lay at his feet. In order not to freeze while fishing, the man resorted to alcohol and at some point became noticeably drunk.

Even when the sun set, the fisherman did not leave his place, fortunately, there was a flashlight in the backpack. There was a crack in the darkness on the river – the ice broke under the fisherman’s feet and together with all the equipment he found himself in cold water. The rope with which the dog was tied was long enough and the animal was walking near the shore. Seeing that the man began to go under the water, the dog began to move with all its might to the shore and pull its owner with it. It took a lot of effort for the animal, but it was able to pull the man to solid ground. 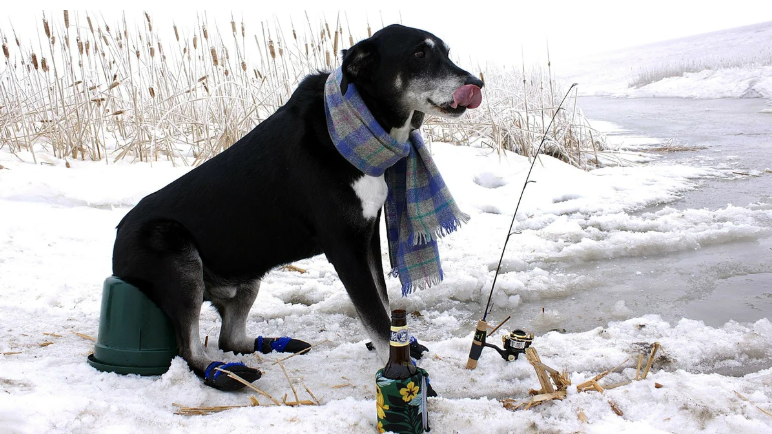 The fisherman froze, was in a state of shock and alcoholic intoxication, so he simply did not understand what had happened to him and did not take any action to warm up. The man did not react to the animal’s barking and the intense cold outside. The dog quickly realized that a person’s life depends only on it and began to drag its owner further. The way to the nearest village was not close, almost 5 kilometers, there were no people or cars on the road.

The dog was able to travel a considerable distance and drag its owner to nearby houses, and then bark loudly, calling for help. People heard a noise and went outside. Someone called an ambulance and the doctors took the man to the hospital. The animal saved a man from hypothermia and certain death by showing the loyalty and strength that few, even among humans, are capable of.