An interesting story happened to a two-year-old cat named Trudy. Almost all her life she has lived under an old house on wheels, which are quite popular in America among certain segments of the population. But one time Trudy got into a fight with a dog that beat her up a lot. In this form, the cat was noticed by local residents and taken to a shelter so that she would not die. 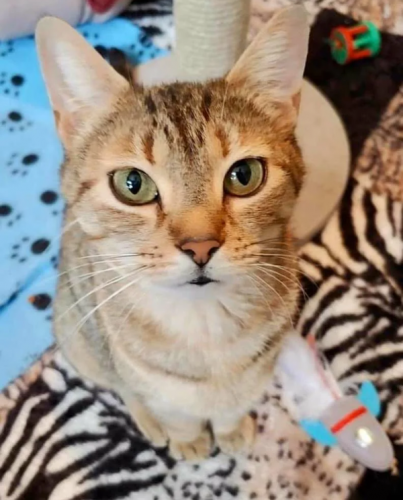 When Trudy found herself in the orphanage, she was a little bit confused. She was tossing around in the aviary and meowing very loudly. After an examination at the veterinarians, it became known that the cat had recently given birth. Therefore, the staff concluded that she was restless because her kids were left somewhere alone on the street. The shelter staff went to the place where the cat was found. There they found five kittens under the old house. When they were given to their mother, she sniffed them all, washed them, and began to feed them. 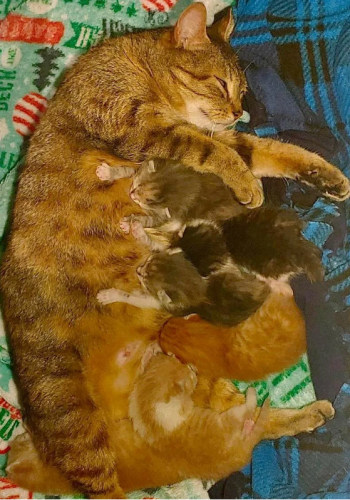 However, Trudy was still restless. As if something was missing. She began to meow again, though not so loudly this time. Then people went back to this old house and found there another kitten that climbed into one hole. When Trudy brought the sixth baby, she finally calmed down. 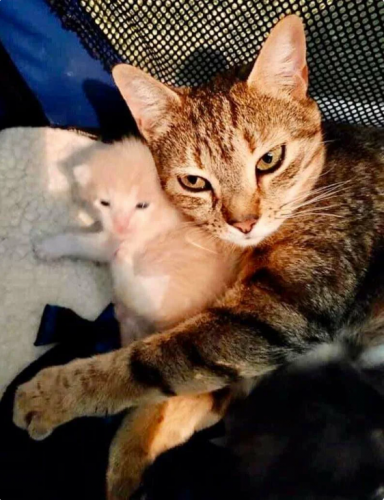 By the way, the fate of the last kitten was very fortunate. When the time came, he and his mother went to the new owners. So they live together in a good home.