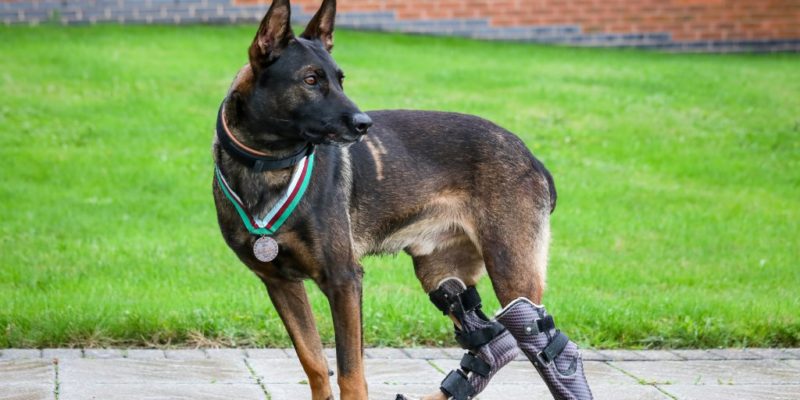 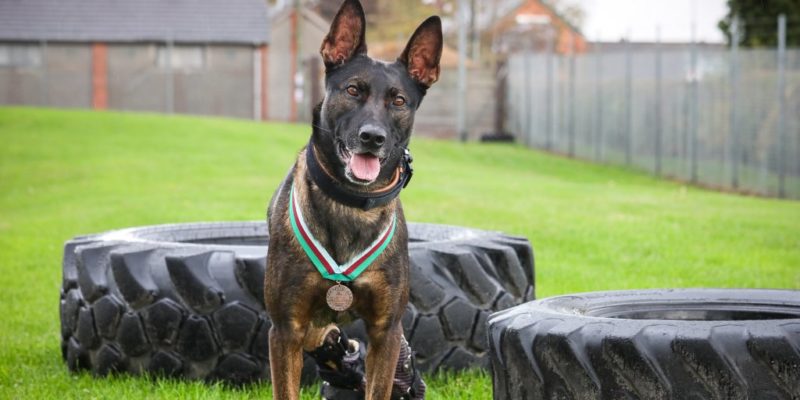 The dog helped the British military in every possible way during the operation and once saved their lives.

For this courageous act, the hero dog received an award from the government. The award is equivalent to the Victoria Cross, Britain’s highest military award.

And this is a reward for heroism in combat.

The dog was next to a special forces unit in Afghanistan when soldiers were attacked by extremists in 2019.

The extremists surrounded the British military and they could not advance.

Kuno, who is trained to attack enemy soldiers, threw himself in front of the bullets to knock the gunman down.

And that allowed his unit to complete the mission successfully. 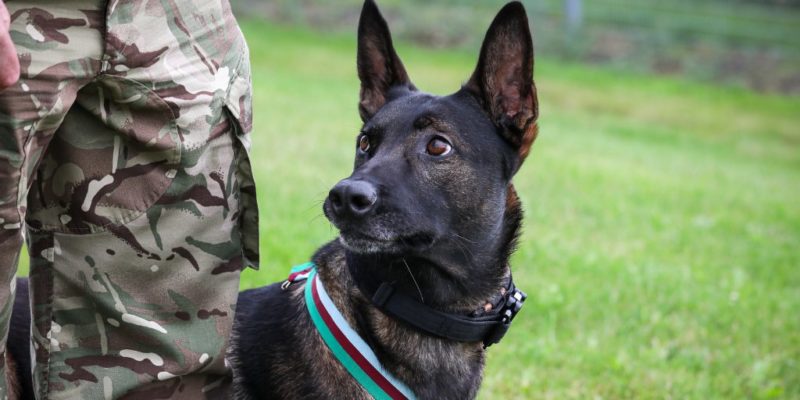 Unfortunately, the hero dog was wounded in the hind legs. He was taken to the base by helicopter. His mentor had to help the medics in the helicopter.

The dog suffered many injuries, so he was flown to the UK on a Royal Air Force plane for treatment.

However, doctors managed to save the dog’s life. But they had to amputate the dog’s hind leg to prevent the infection from spreading. 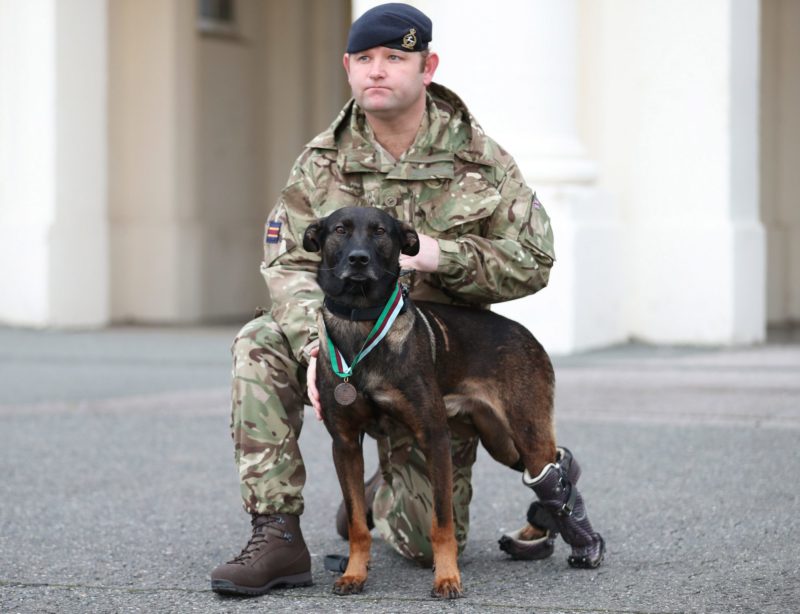 After a course of treatment, Kuno became the first military dog in the UK with custom-made prosthetics to replace a missing paw and help a wounded leg.

Kuno, according to the British Defense Minister, saved the lives of the British military.