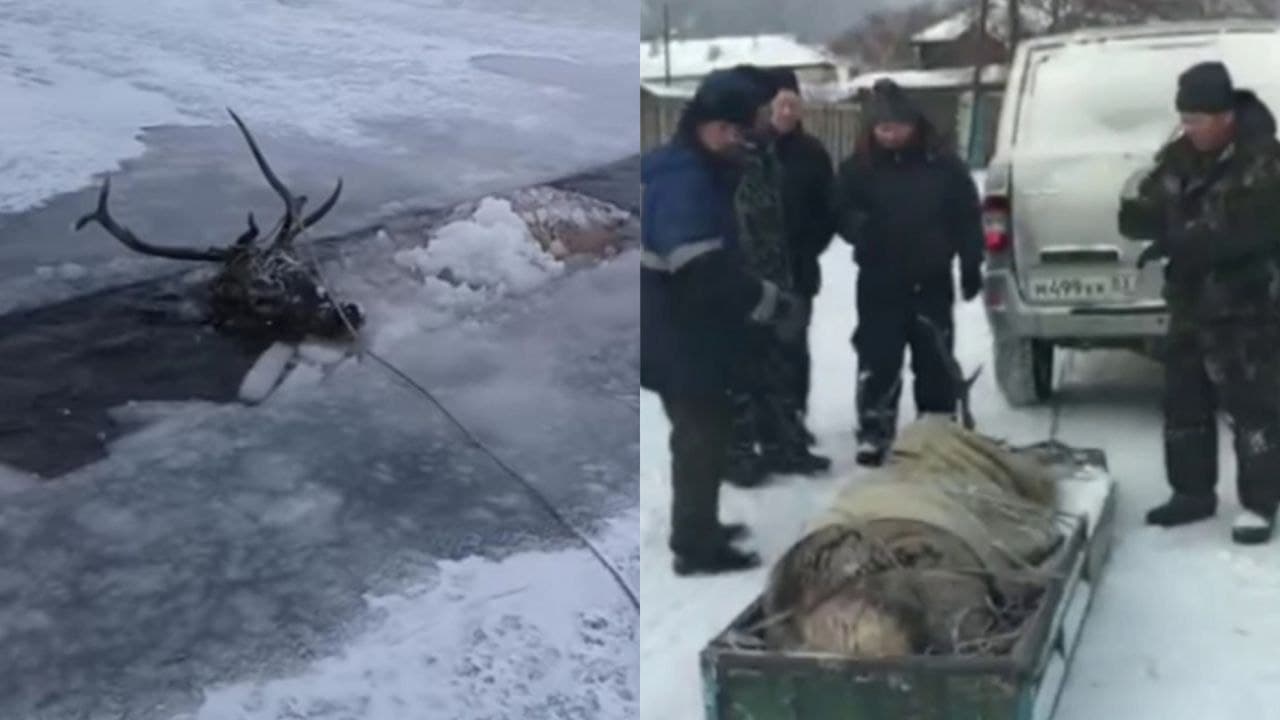 This story happened in the Republic of Buryatia, where there is a river Barguzin. When spring came, the ice began to melt on the river. The ice was already too thin, so it was impossible to stand on it.

But one day a deer was spotted on the river. It tried very hard to get ashore, but it did not succeed. People did not remain indifferent to the trouble of the animal and decided to help it get out of the river. 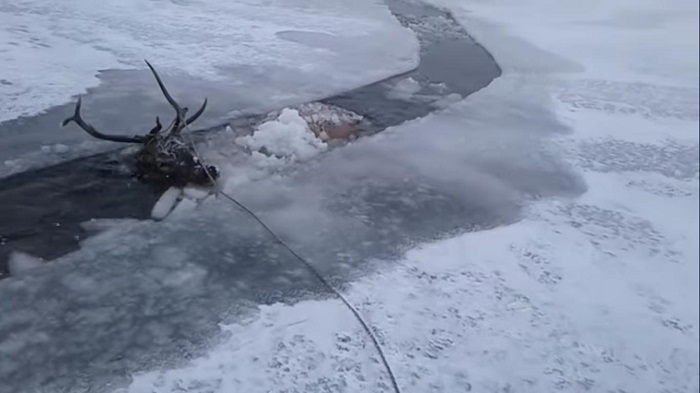 They took a chainsaw with them, they were able to cut out a piece of ice to open the way to land. Then they threw a rope on the deer’s antlers and began to pull it. 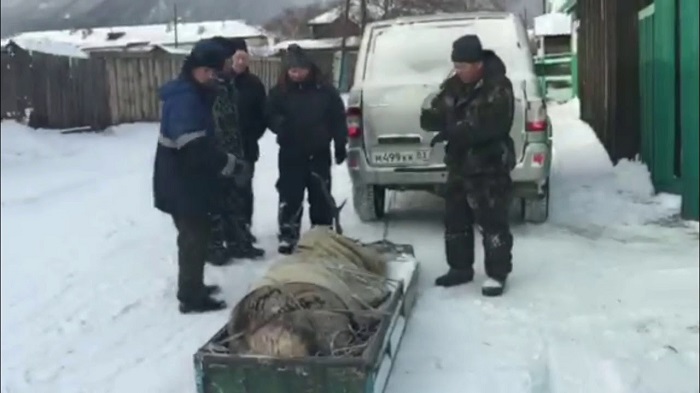 People managed to pull the animal to shore. However, the deer was so frozen that he did not have the strength to get to its feet. 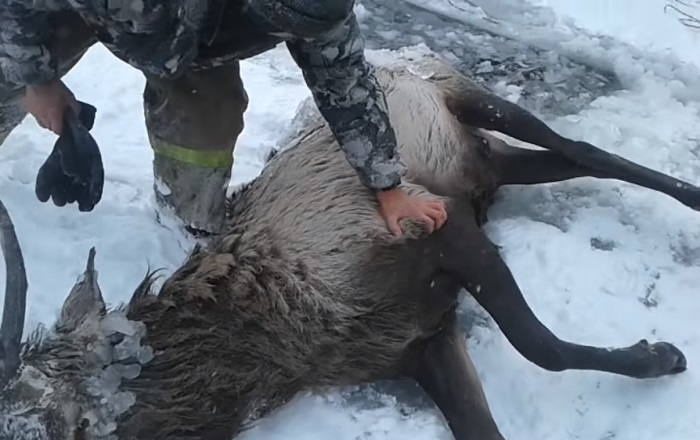 People started massaging the animal to restore blood circulation. And then they built a fire so that the animal warmed up, and soon the deer was able to get up. 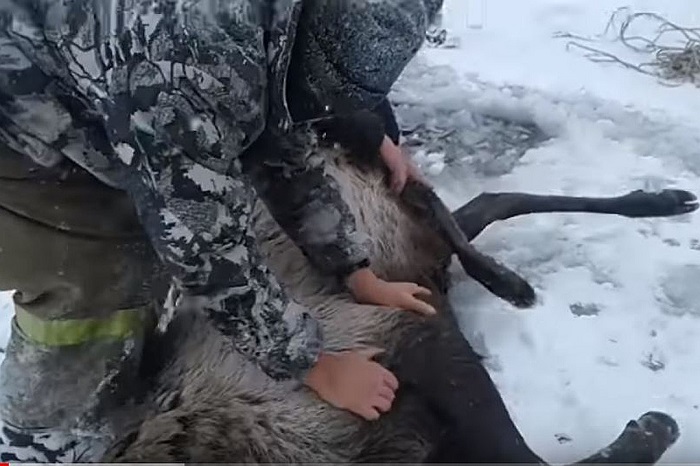 After it had fully recovered its strength, the deer was released. 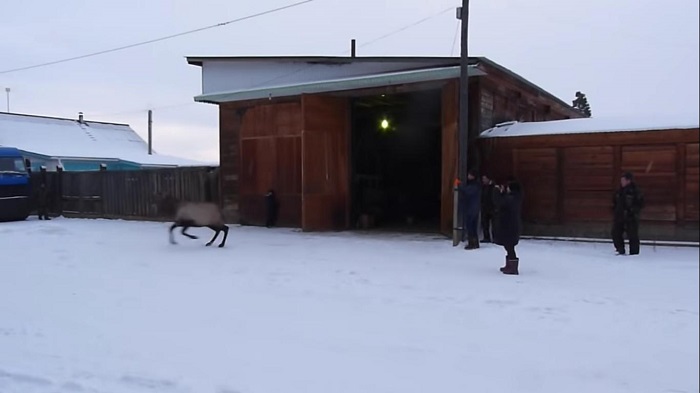 There are still good people in the world!