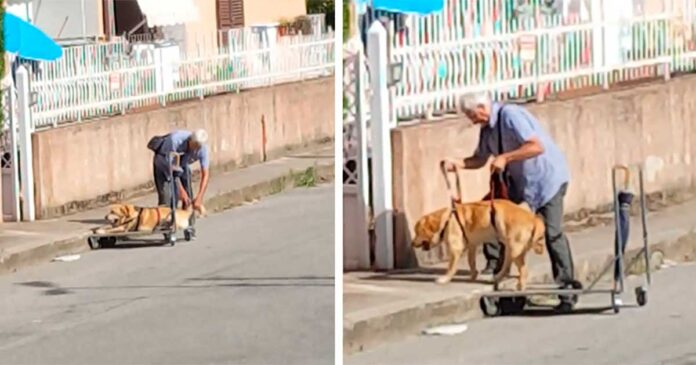 An elderly man in Italy walks his disabled dog Dylan several times a day, using a cart and with great love.

Being near her home in Italy, Sabrina la Grotteria witnessed a scene that touched her heart. And soon it touched the hearts of thousands of people around the world when the video went viral on social media.

On a quiet street in the town of Vibo Valentia, an elderly man was pushing his dog in a cart, and the dog obviously could not move on its own. Sabrina began filming when the couple returned home from a walk.

Although the video is short and shot from afar, this human desire to help a dog cope with a disability is admired by anyone. 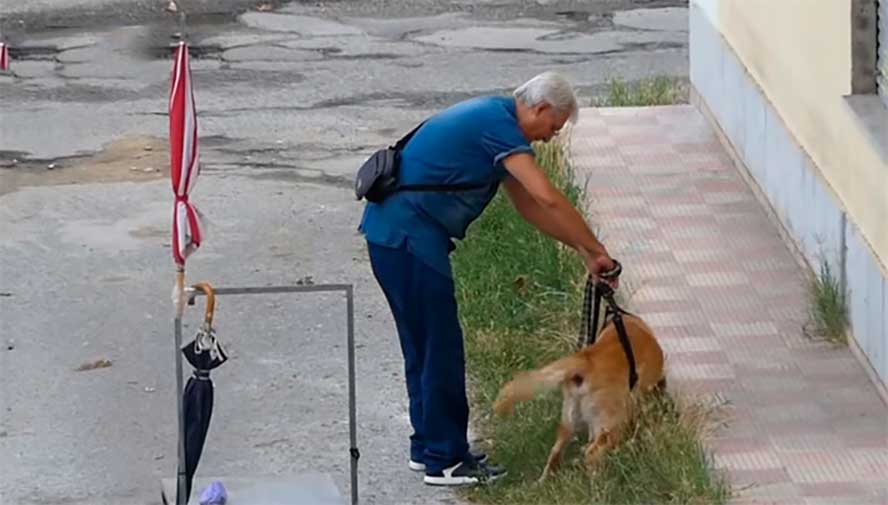 The tender and touching scene went viral. The video with the man and the dog has been viewed hundreds of thousands of times in the shortest possible time. 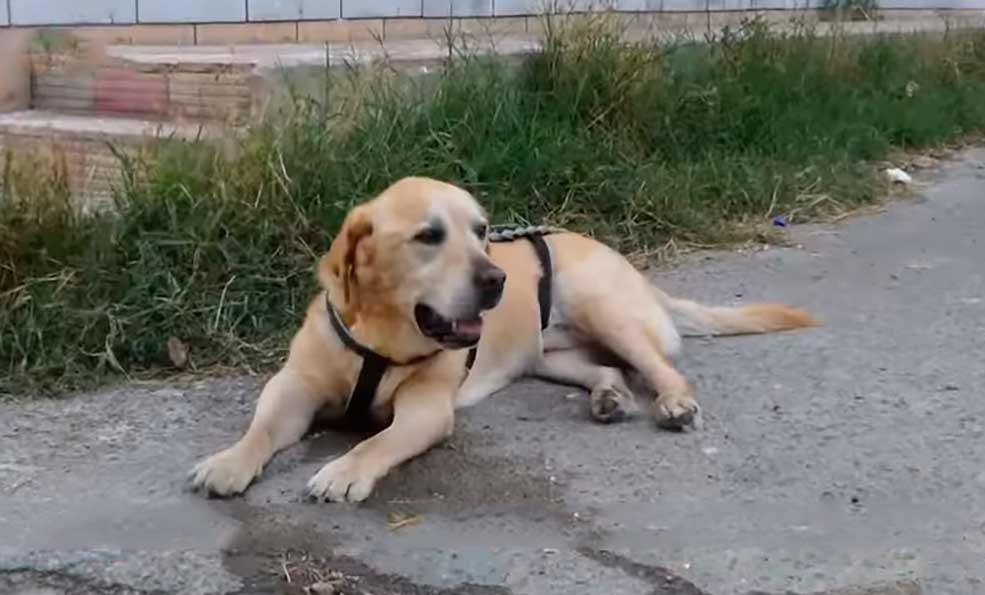 There’s the word « humanity » in this video.
Although Sabrina wasn’t familiar with the couple, local media were able to find them for their story. A man named Tonino Vitale walks his 13-year-old dog Dylan every day since the dog lost the ability to use his hind limbs due to arthritis.

Dylan is an old Labrador and due to a severe form of arthritis can not move his hind legs, hardly moving the front. He has a weak heart, difficulty breathing. Even barking, expressing his emotions, is so tiring for him. 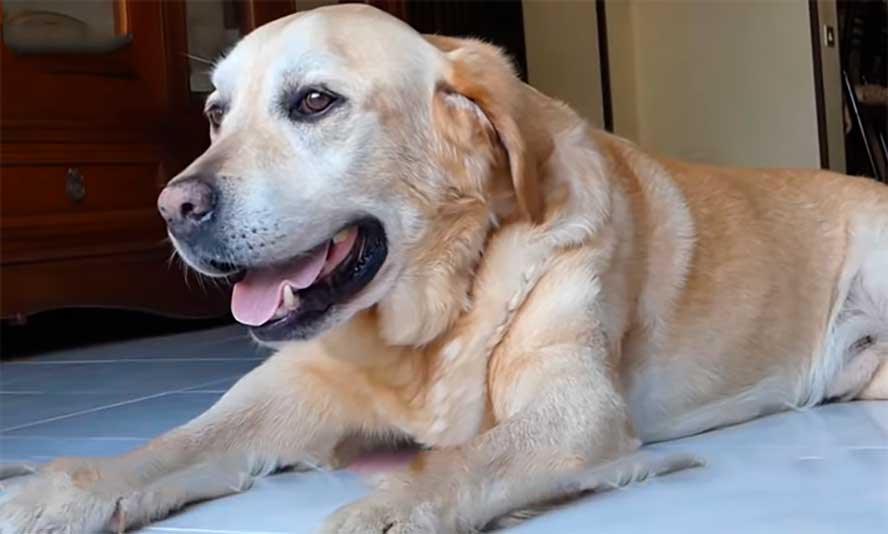 Tonino takes care of Dylan every day. He takes the dog for walks in the morning and afternoon, when the sun is not so warm, he takes Dylan, puts him in a metal cart, and every day rolls him around the block.

A man wants his friend to live in peace while he has time. And he wants to be there for him, just as Dylan was there for him in the most difficult moments of his life.

Tonino was surprised to learn that many people were touched by watching the video, but he hopes it will help people understand that animals need love and care, too, just like humans. 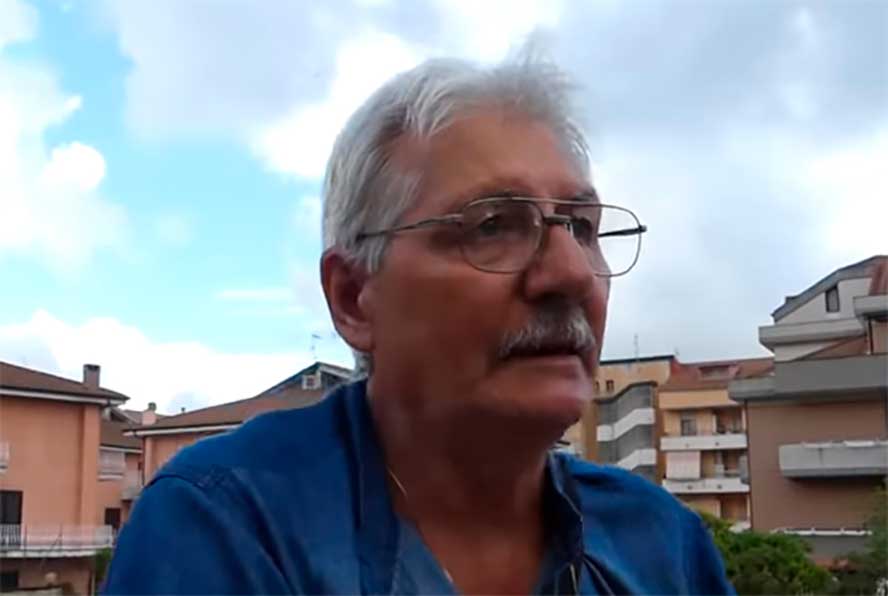 He told the newspaper Il Vibonese:
With Dylan, it’s been love at first sight since his birth. It’s normal for us to love Dylan, but we’re glad we can tell his story. This is one way to show people the importance of respecting animals.

These images allowed us to learn about this beautiful love story between a sick dog and a man, a story in a world where animal cruelty and abandonment are more common. 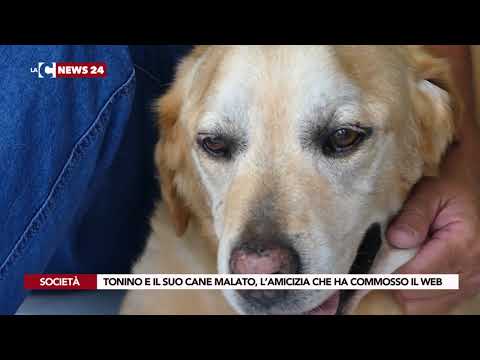 Tonino added:
What I do for him is normal, there’s nothing exceptional about it, it’s just because of love.