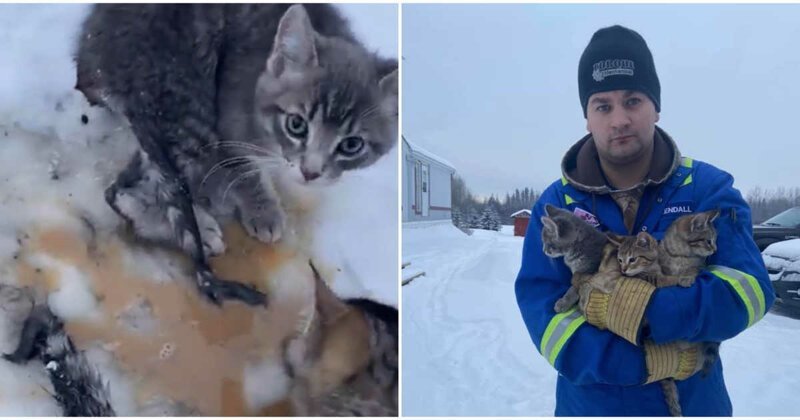 An employee of an oil company became a hero after he saved three kittens frozen to the ground with their paws and tails.

An employee of the oil company Kendall Divish, inspecting wells last Wednesday, near the village of Tomahawk (Parkland County, Alberta, Canada), found three kittens frozen to the ground with paws and tails. 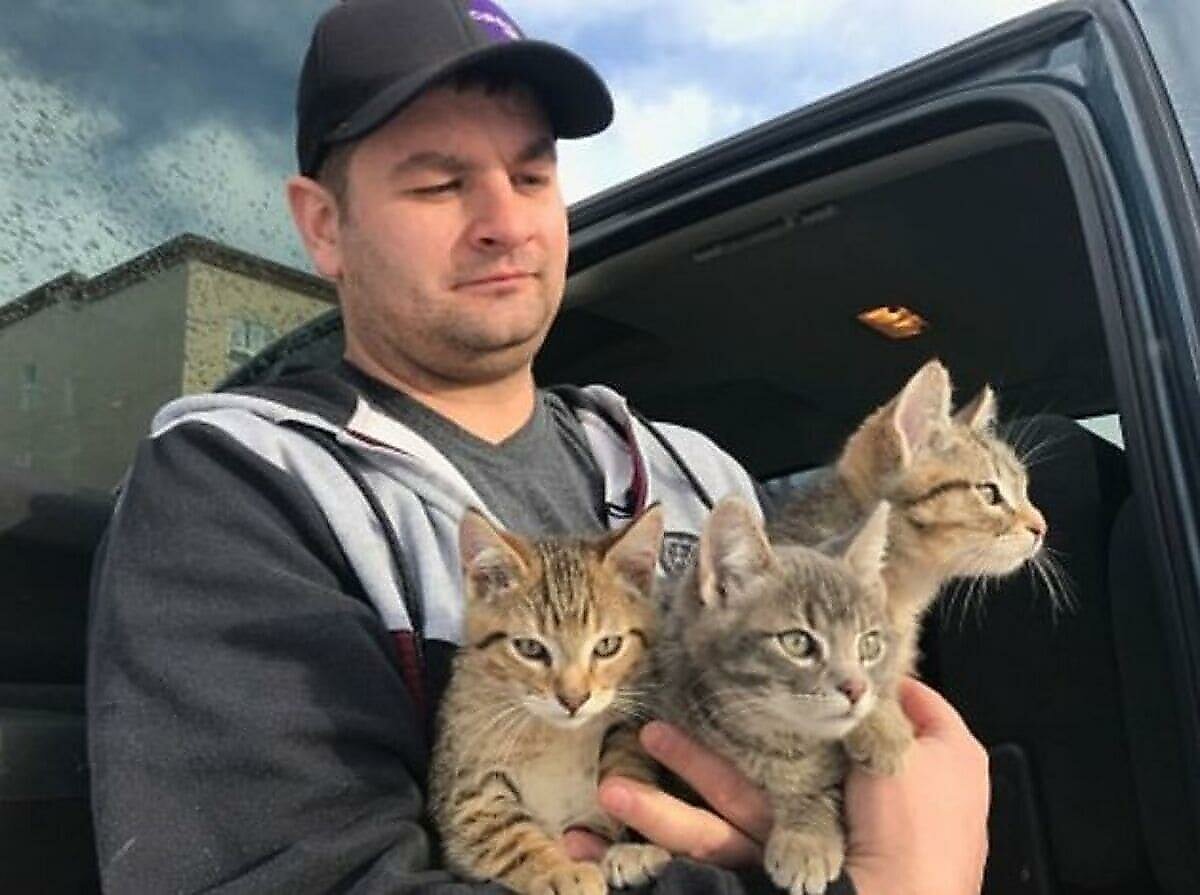 The Canadian took pity on the kittens and poured hot coffee around them to free the animals. 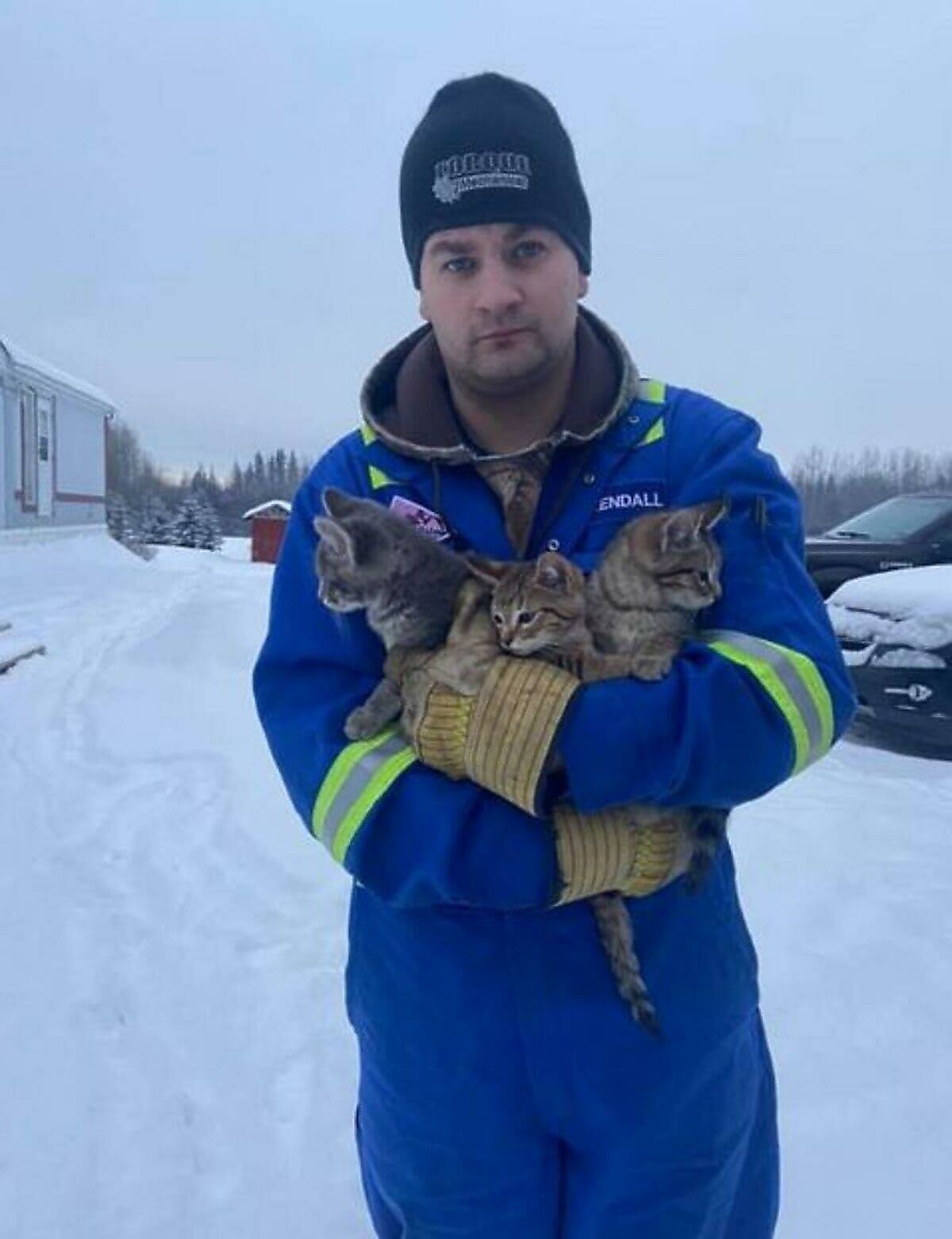 Then all the rescued pets were taken to the warm cabin of the car, where they were warmed and fed. 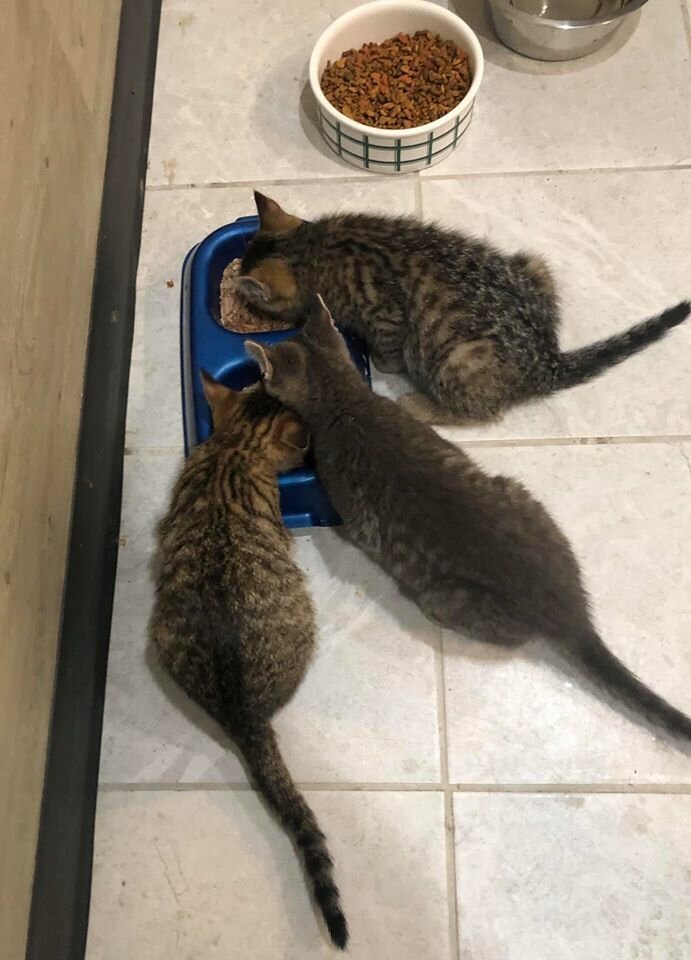 « I found three kittens near a country road, near one of my wells.

Cruel owners abandoned pets to the mercy of fate.

The poor kittens literally froze into the ice and apparently sat there all night. All the animals went to their new home today, where they eat, drink and have fun.

Thank you all for your attention and suggestions to shelter the rescued kittens, » Kendall Divish, who became a folk hero, wrote in a comment to the story. 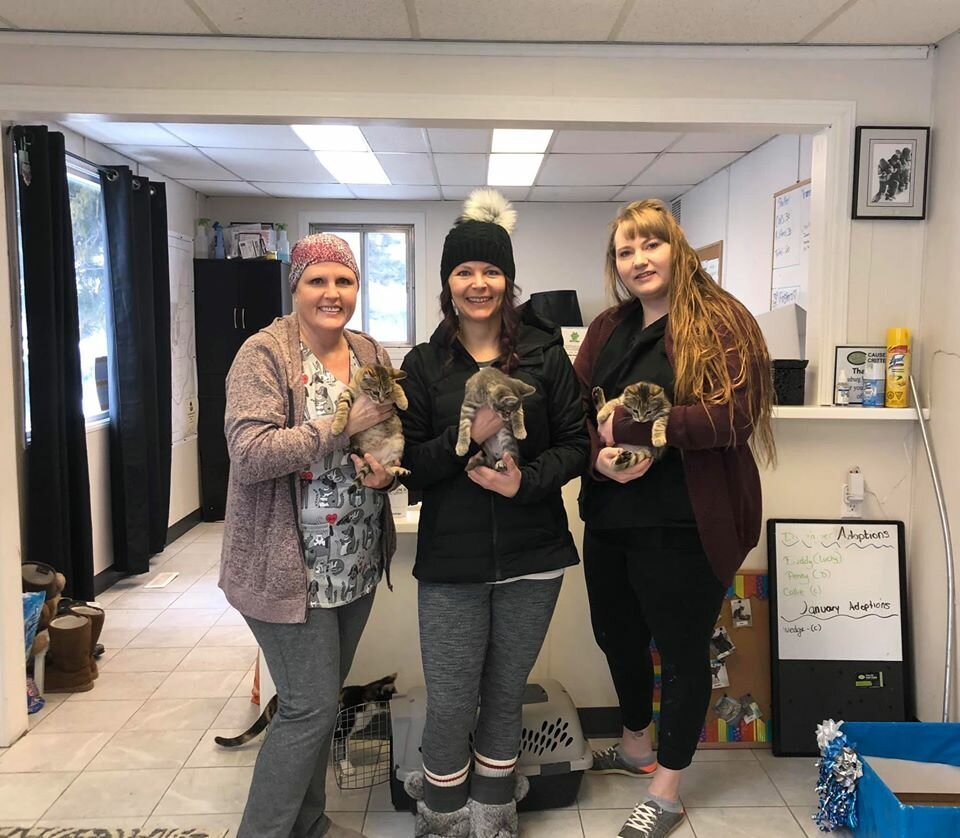