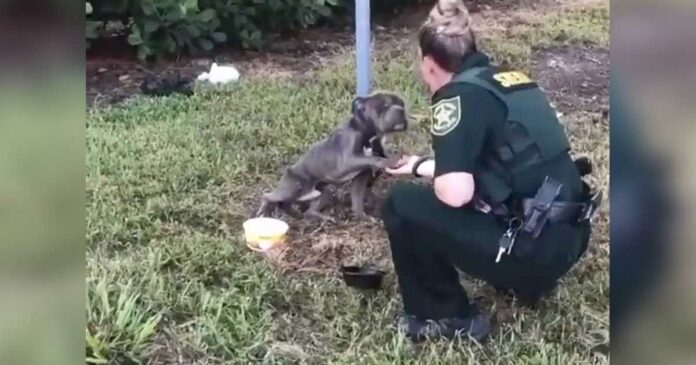 The dog, which, unfortunately, was abandoned and tied to a pole, thanks to the policeman who saved him by extending his paw to the human.

A policewoman, Angela Laurella, received a report about a pair of dogs tied to a pole in an alley in Pompano, Florida (USA). There were no CCTV cameras in the area, so it was impossible to know how long they had been there.

Because of the high temperatures in this part of the country, the officer knew she needed to act quickly to rescue these animals. She rushed to the aforementioned spot and found a gray dog very tightly tied to a lamppost.

Amy Roman, president and founder of the organization 100+ Abandoned Dogs Everglades Florida, learned from an officer about the situation with the dog and wanted to help. 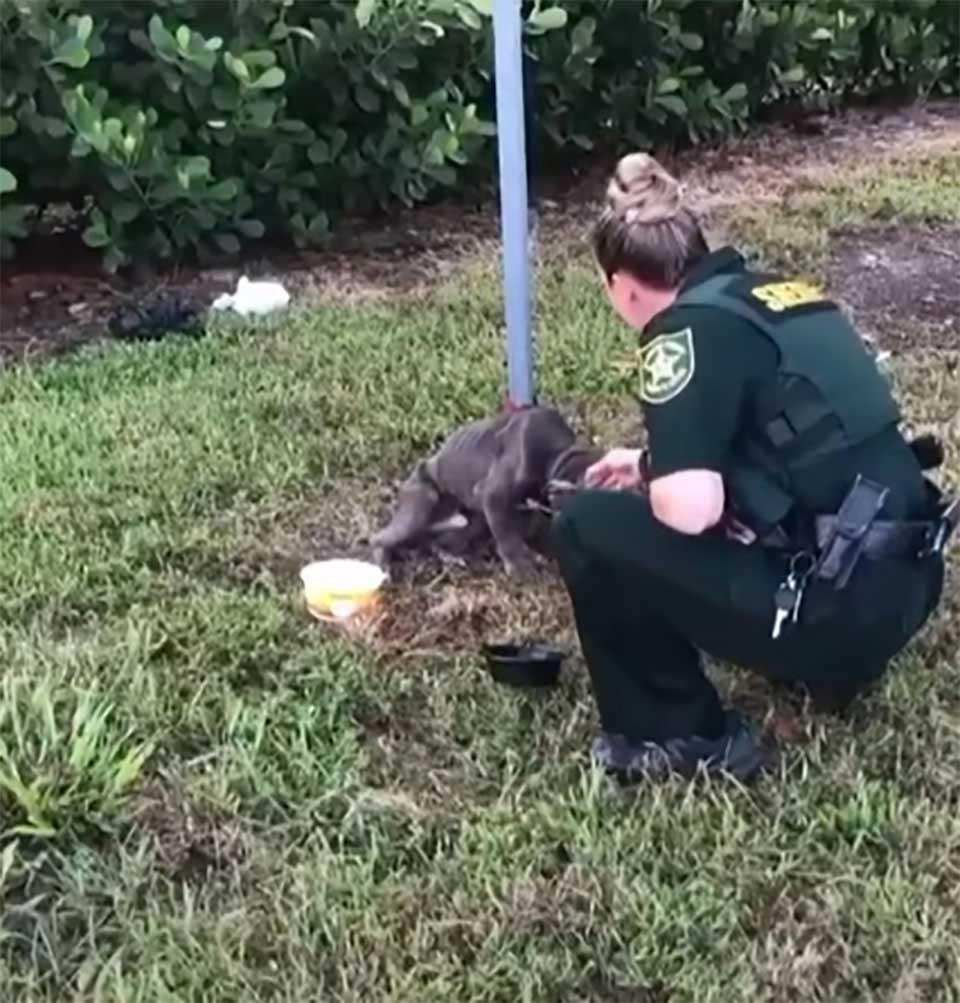 Amy said to Dodo:
He was tied to a pole with a very short belt. He was exhausted, dehydrated, all the bones and ribs sticking out.

Seeing the officer approaching, the dog reacted excitedly when he put his paw in Angela’s hand and bowed his head to be stroked. 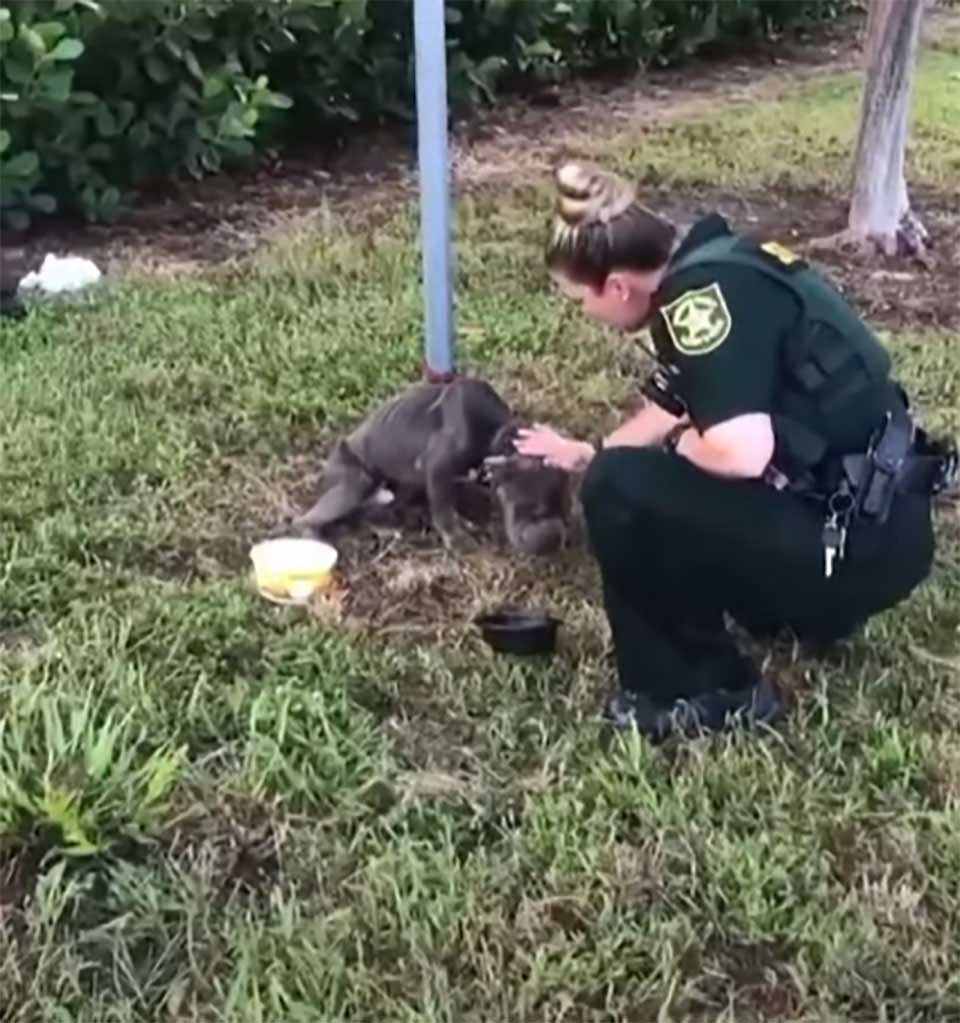 Amy added:
She approached him very slowly and stretched out her hand to him, he shuddered and put his hand on her palm, as if saying: please help me get out of here!

At that time, the police officer noticed that the dog had a very difficult life and needed special care. For this reason, she contacted an employee named Amy from the Animal Rescue Center, hoping they would help the puppy. 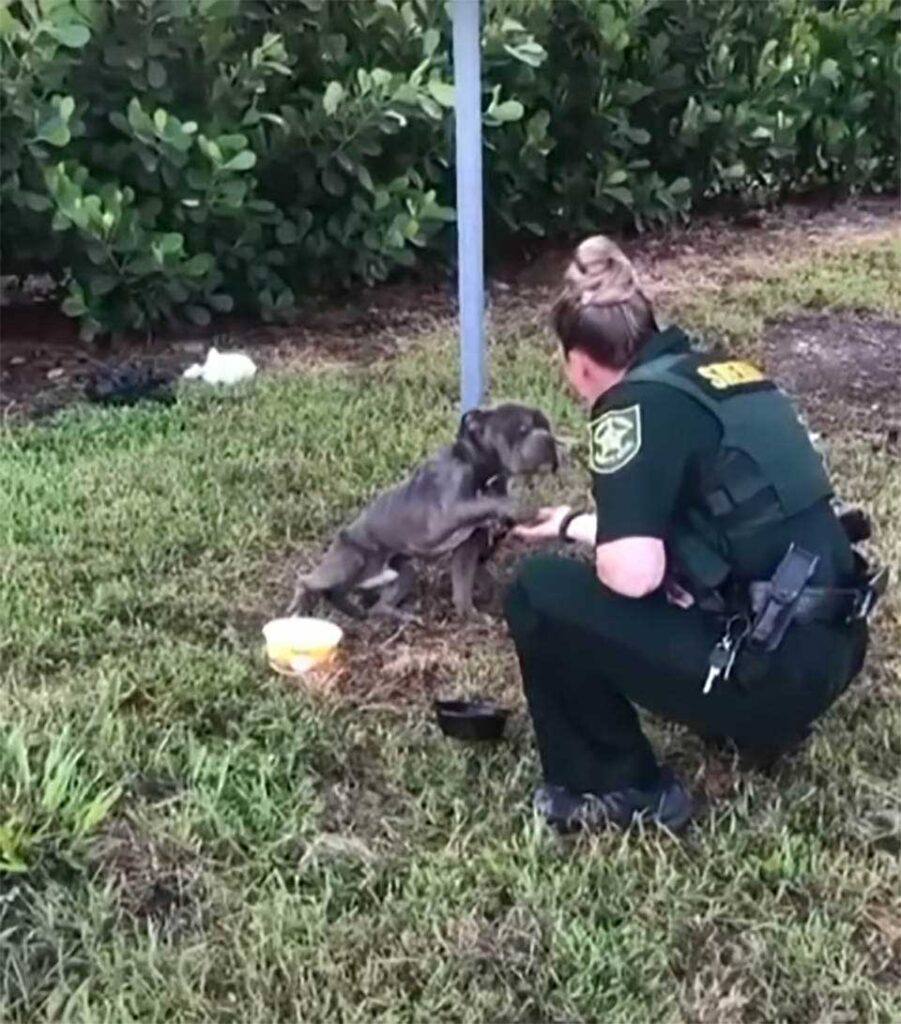 However, the rescue center is not able to cope with this task, but this did not stop them, and they helped the dog.

The dog came to the shelter, they named him Liam, and they took him to the vet to start treating all his health problems. After several visits to the vet, Liam recovered slightly and moved into Amy’s foster family to feel more comfortable. 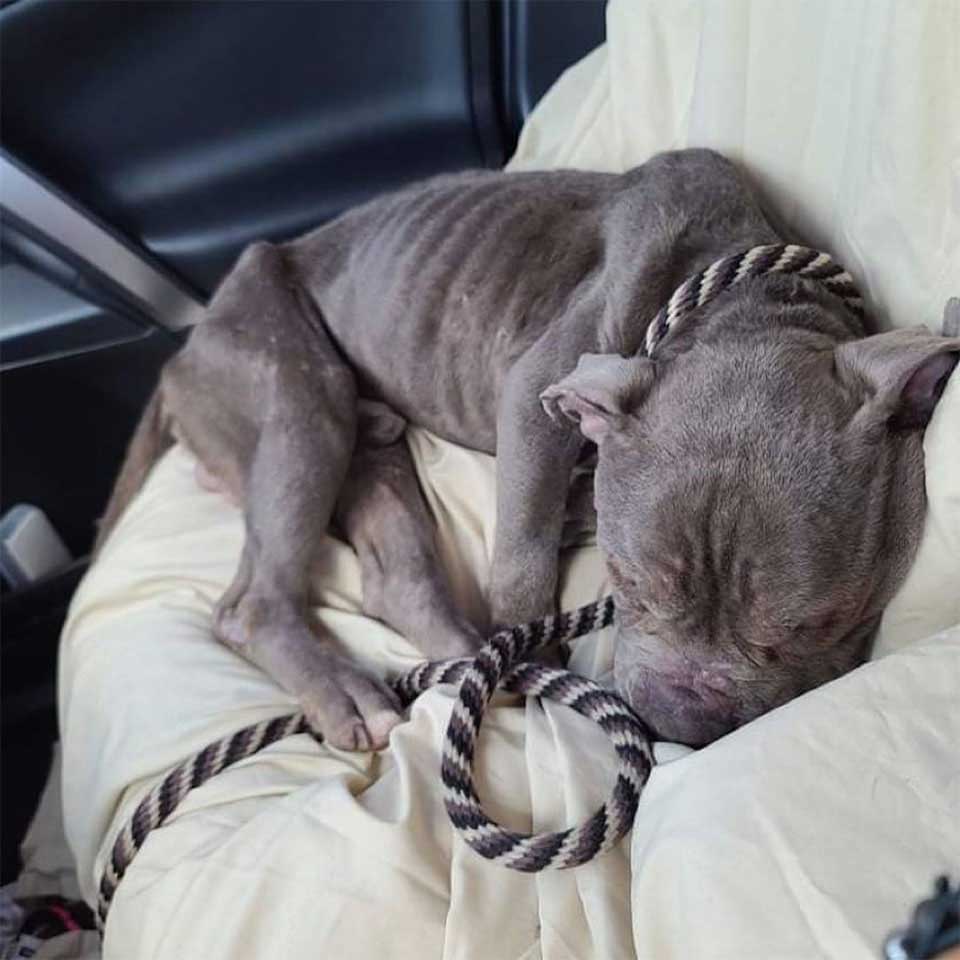 The adorable rescued dog is slowly regaining his strength, eating better than ever, and getting all the attention and care he needs.

Amy commented:
He gets a lot of love 24 hours a day. He is fed every hour so that his body can get used to it… We have volunteers who cook a lot of boiled chicken and rice, so now he loves life. 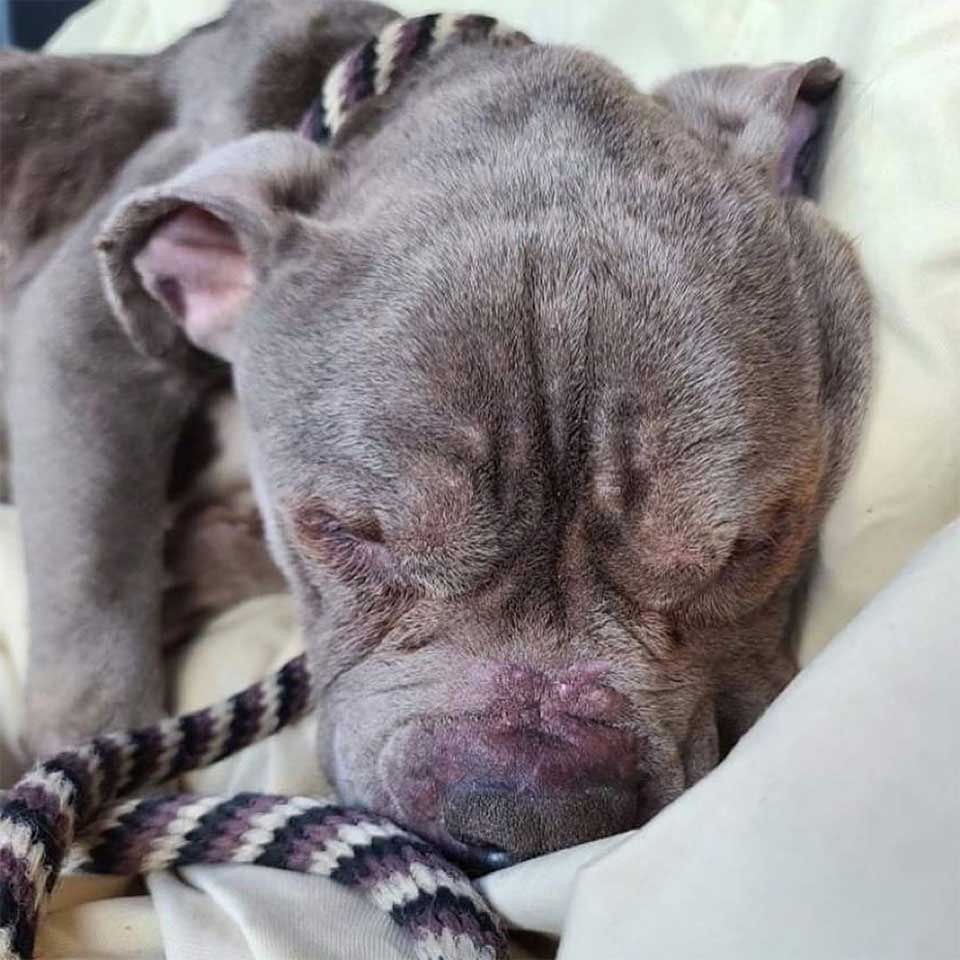 Liam still has a long way to go with numerous visits to the vet, but he has become a favorite since his rescue. He seems to love all his caregivers, which clearly shows that he is grateful and generous to people despite going through many difficult situations.

Liam is one of the hundreds of animals abandoned by their owners in Florida. 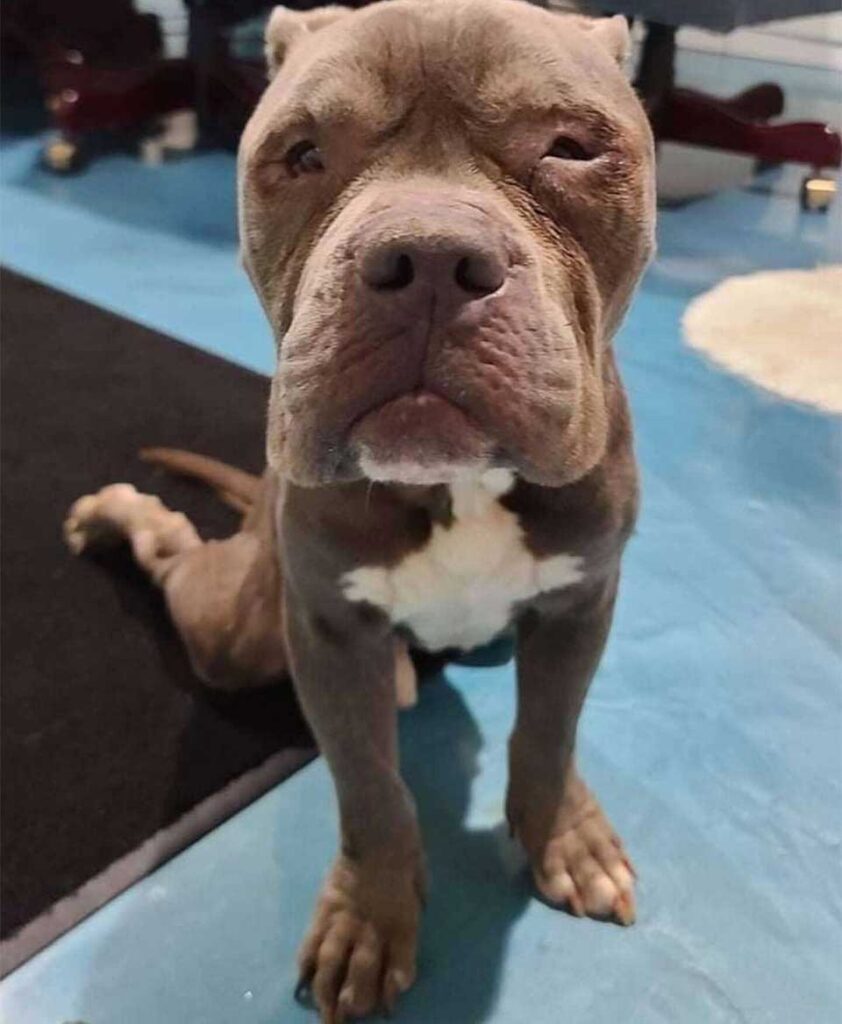 Shelters are full of animals, and Amy suggests to pet owners that before abandoning the animal, they would look for another alternative. 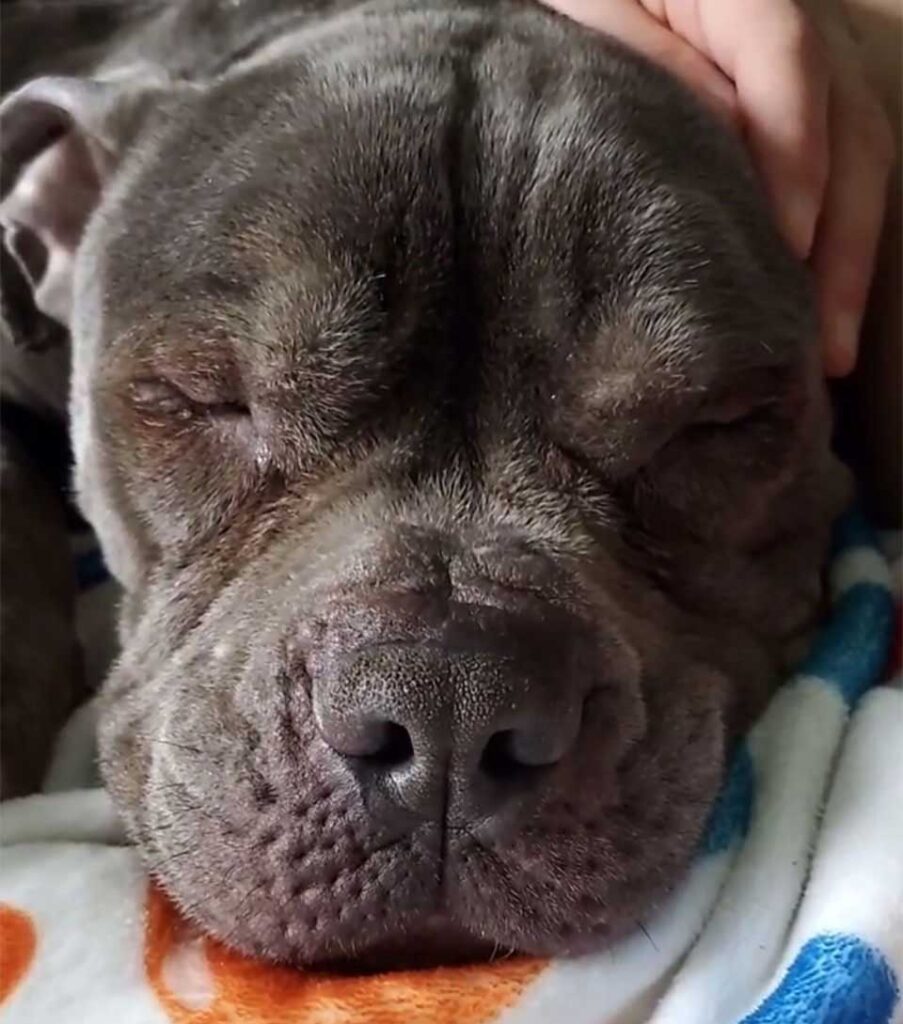 Although he’s had a pretty traumatic experience, Liam still extends his paw to people, showing that he’s ready to be loved.