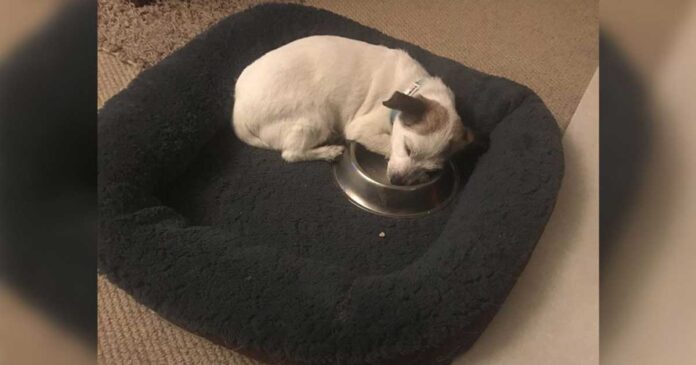 Neville was rescued from the street, and since then he sleeps every night with his new bowl of food in his new home.

A few years ago, Suzanne came across a photograph of a little jack-russell terrier on the Internet that touched her heart. Although Suzanne already had a rescue dog at home, she began to imagine what it would be like to help another dog who needed it.

She said to Dodo:
He was 10 years old, and I knew right away I loved him! I waited in line for three hours outside the rescue center to make sure I was the first one interested in that dog, and we immediately liked each other. 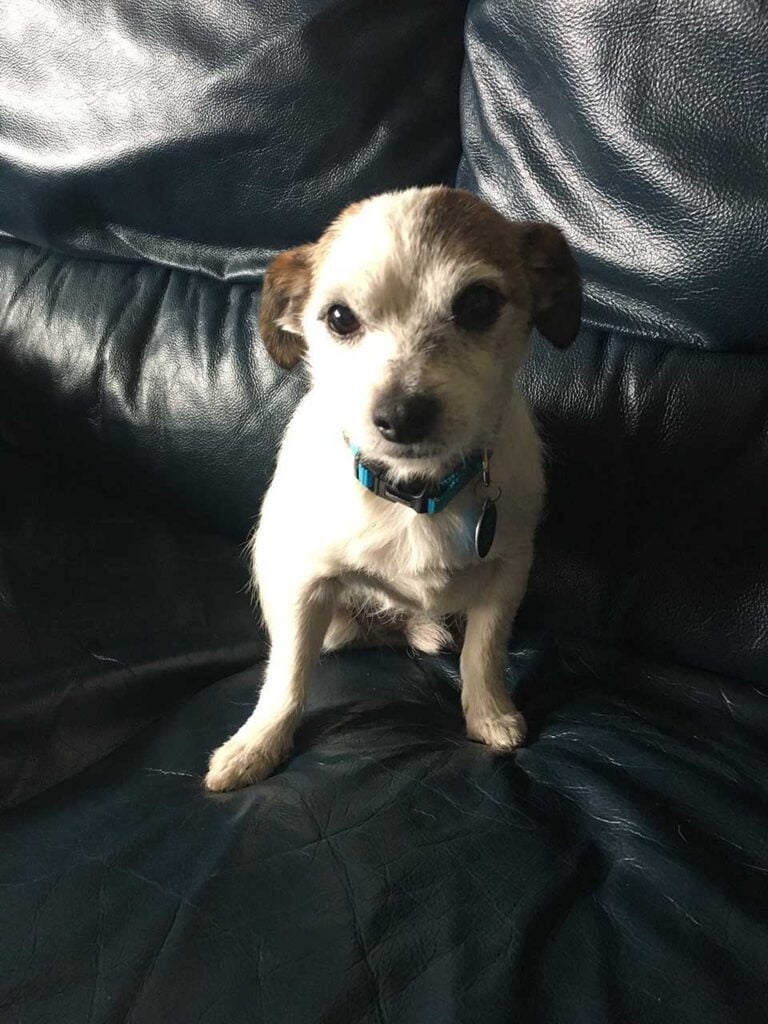 Neville was found wandering the streets; his past was a mystery. But it was clear to the woman that the dog had a hard time. Although Neville was very happy to be in the new house, the move was not easy, especially when it was time to eat. 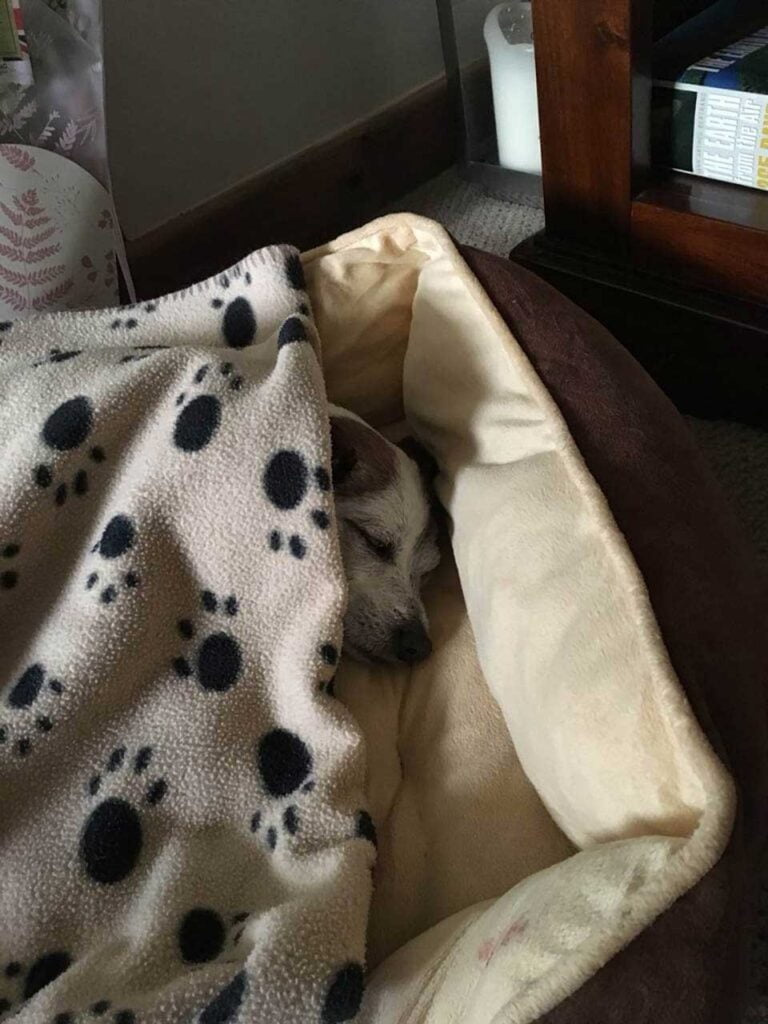 Susannah said:
We believe that they used him for breeding and clearly mistreated him. At first he fought over food and tried to feed himself directly from the ground or from the plate of my other dog. 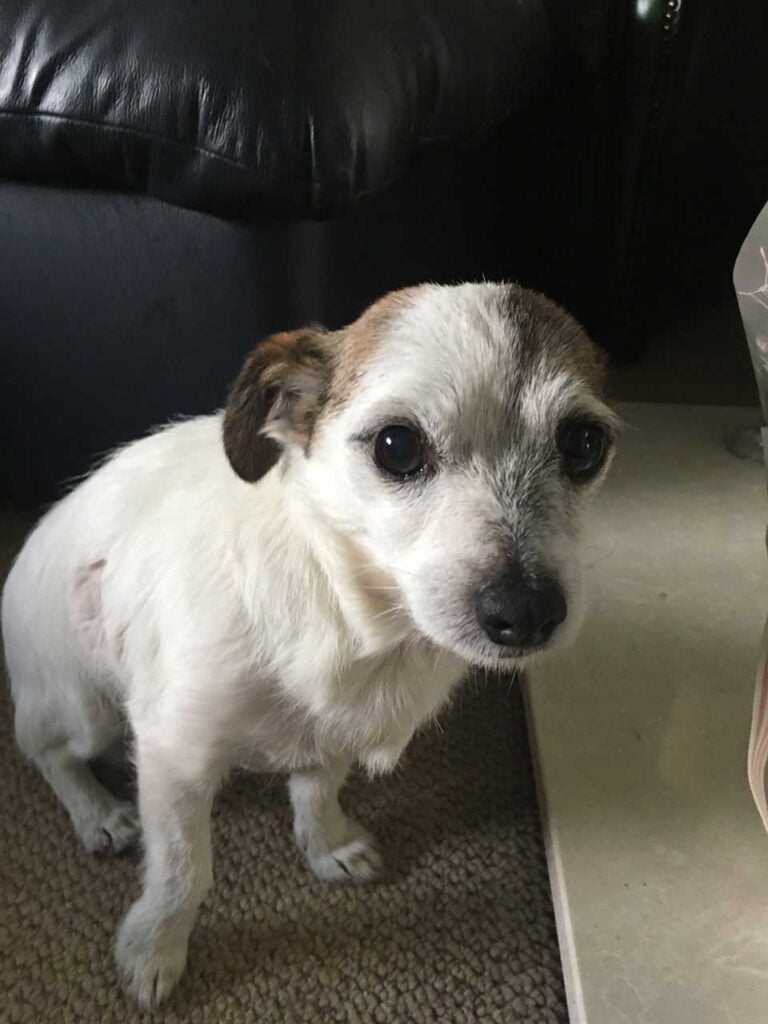 I had to teach him to eat out of a bowl, and as soon as he realized that, he cherished that bowl. 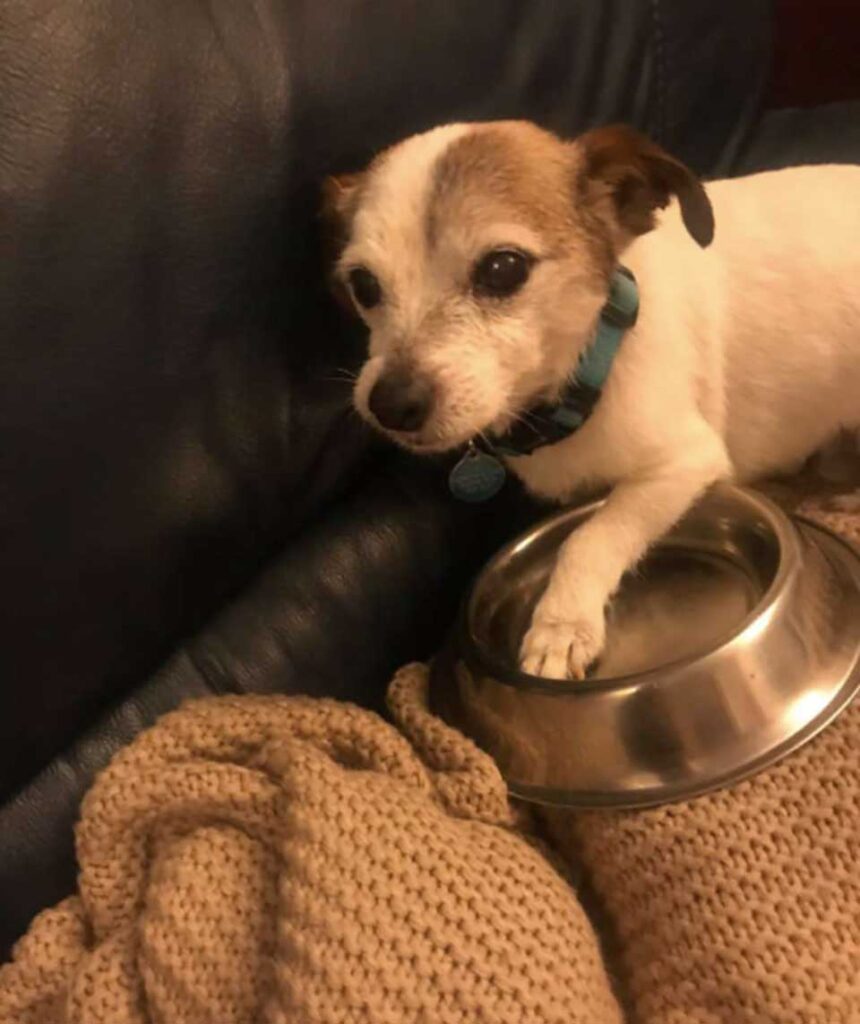 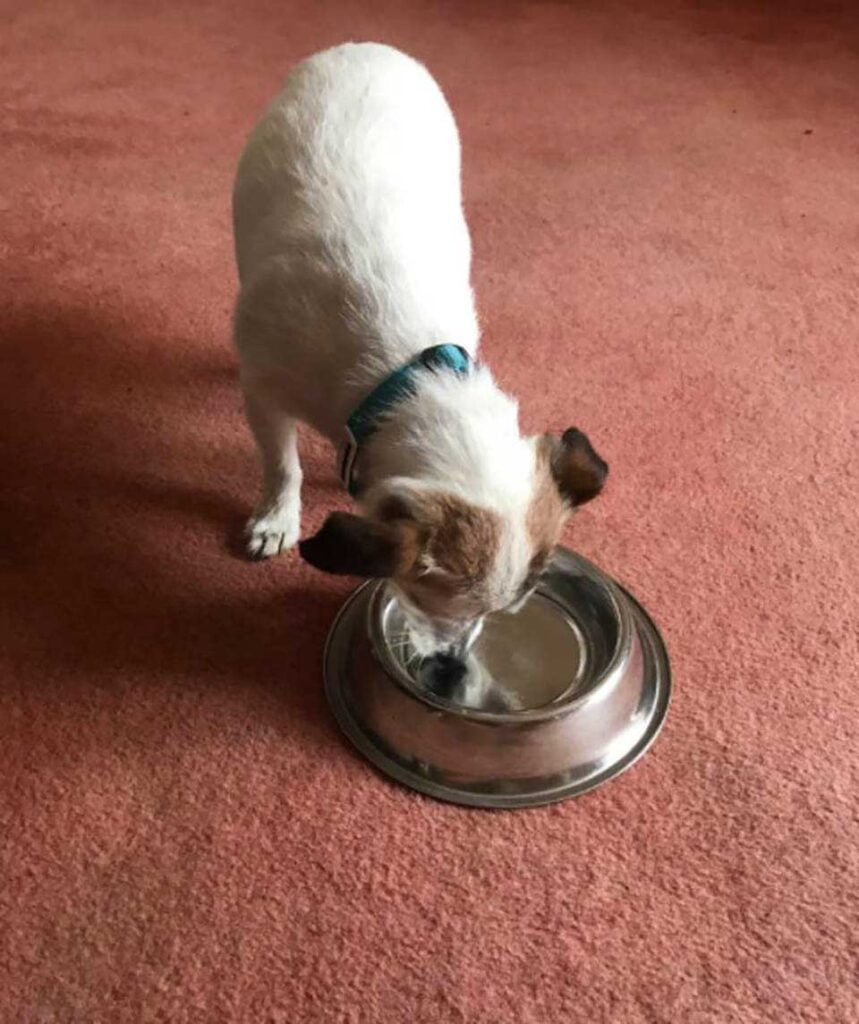 The most valuable thing Neville has is a plate of food that he carries with him everywhere. He even puts it  to bed with him every night. 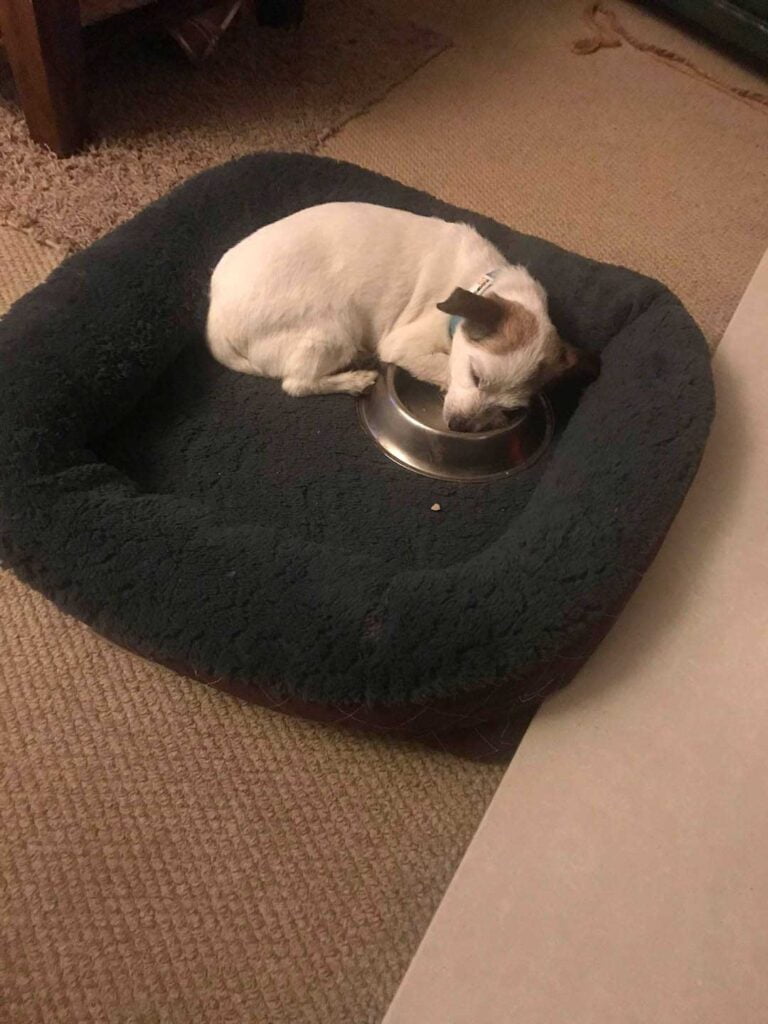 Suzanne once said:
I think he has never had his own bowl, and now he understands that he finally has it and that he is guaranteed a reliable source of decent, nutritious food. He seems so grateful for a simple bowl. I think it represents comfort and home for him. My little rescued dog breaks my heart.

Neville also loves his adopted brother, they are very close and it looks like they’ve been together all their lives. 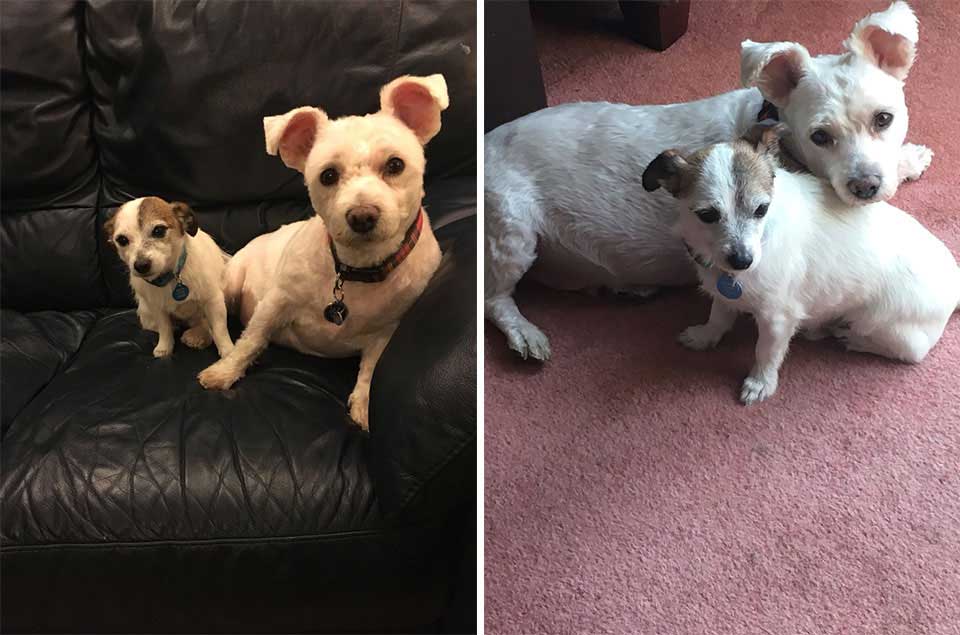 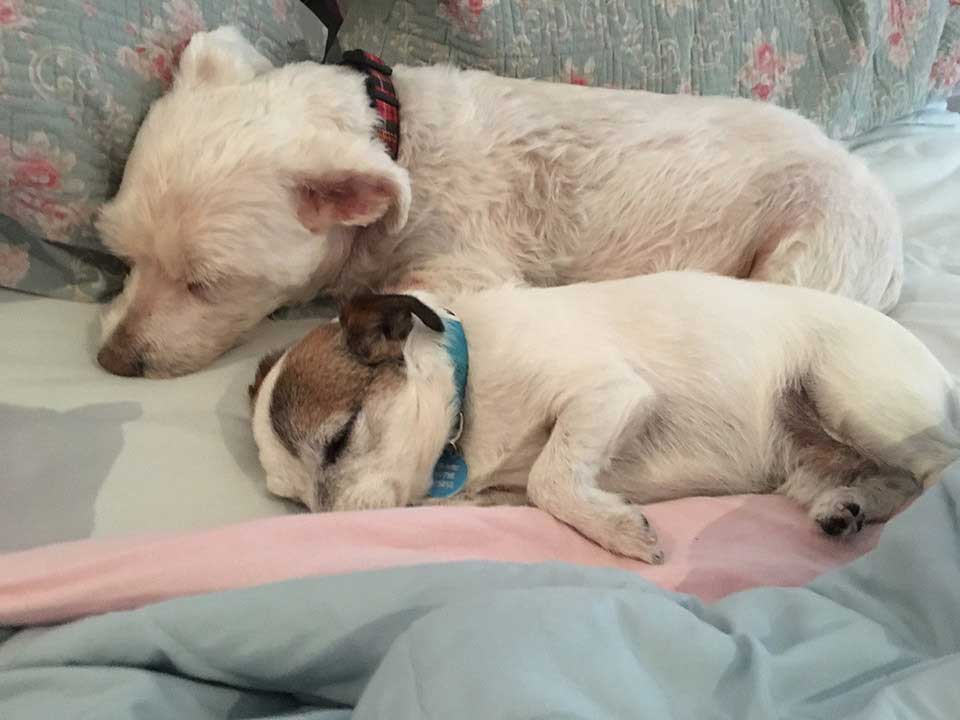 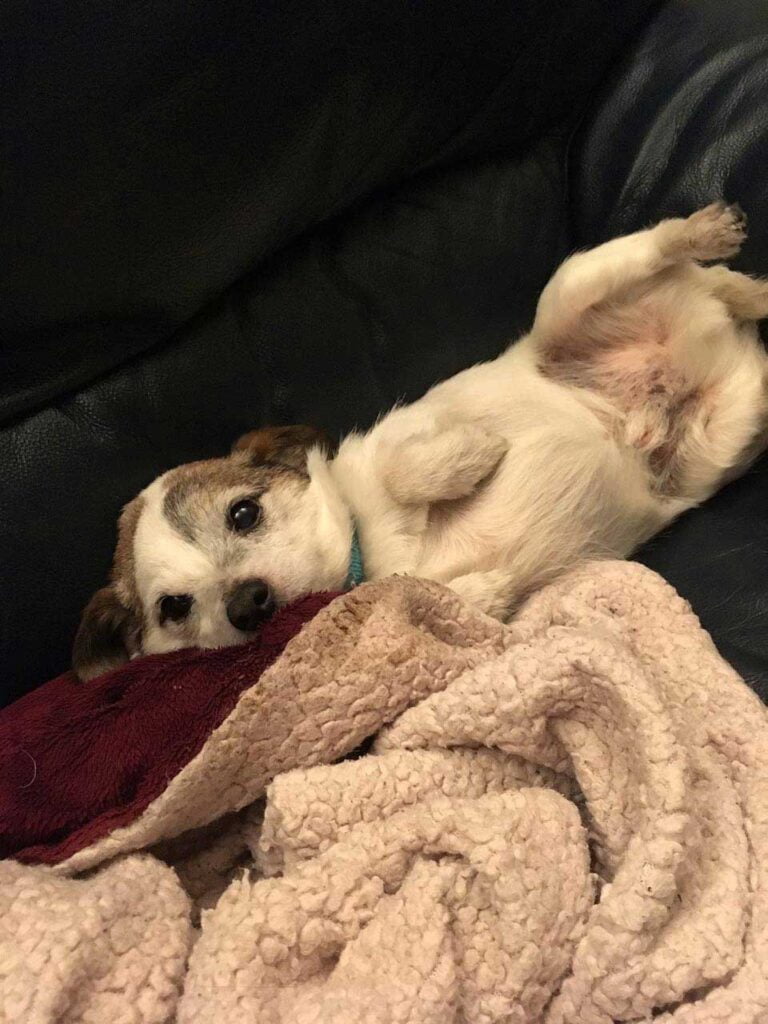 She added the following:
He is a gentle, calm, and shy soul who follows me everywhere. Now that he is 12 years old, he is completely deaf and does not see very well, but he loves life!