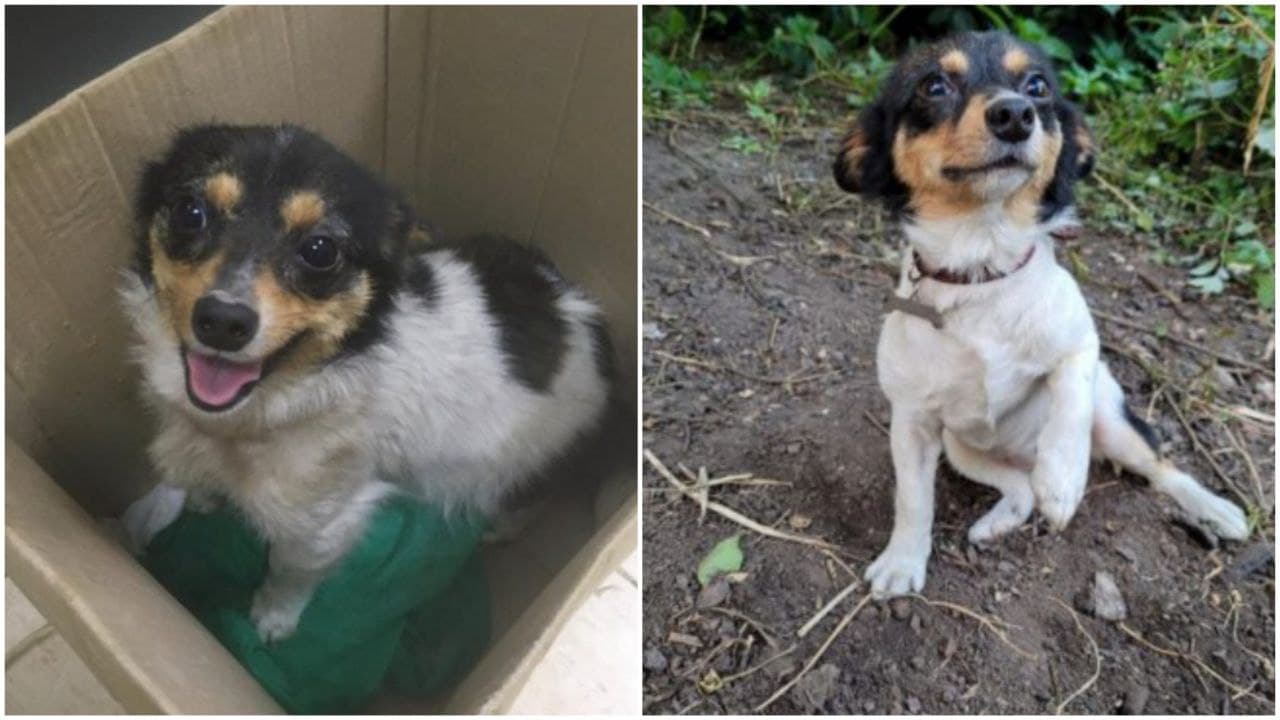 There was a large field where a small dog sat not far from the village, very reminiscent of the Chihuahua breed. The sky was covered with black clouds, into which the baby looked and trembled with fear, not understanding why the owners threw her in this place.

Jessica has always been very frightened by a thunderstorm. When she heard thunder thundering, she pressed herself into the ground and closed her eyes. She had nowhere to go, so she decided to just wait until the elements ended.

But suddenly, a woman appeared near the dog from nowhere, who miraculously noticed this crumb from afar while driving along the highway. Jessica had hope in her eyes as she looked at the woman. However, she just took a picture of her, got back in the car, and drove away. 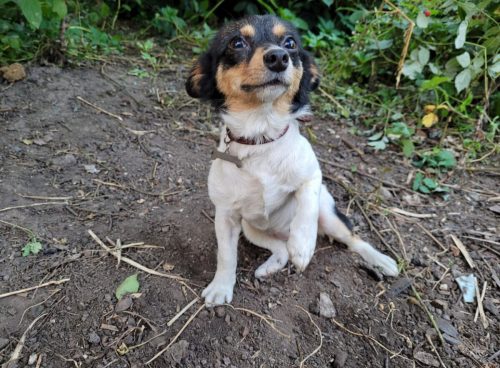 Then the dog stopped hoping for salvation, although it was already close since this photo was sent to me and after 30 minutes our girls raced to her. Then they did not know how much this little brave dog had experienced in just her lifetime.

Wet Jessica, smaller than a cat, ran towards her rescuers as if she had been waiting for them for many years. The girls, seeing her, wept, because she was so tiny, thin, almost weightless. 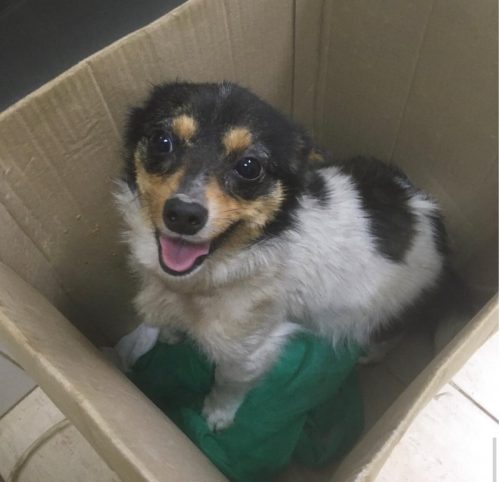 First of all, the dog was taken to a veterinary clinic, where they had to learn a lot of terrible things. Under the short coat, where the collar was supposed to be, there was a wire that the veterinarians could not remove by the usual methods. 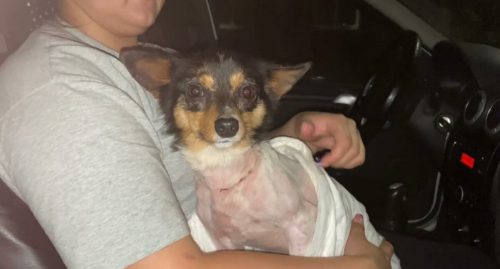 There are also various skin diseases, fleas, and many traces of how she was treated. It felt like she was being punished for every breath she took. 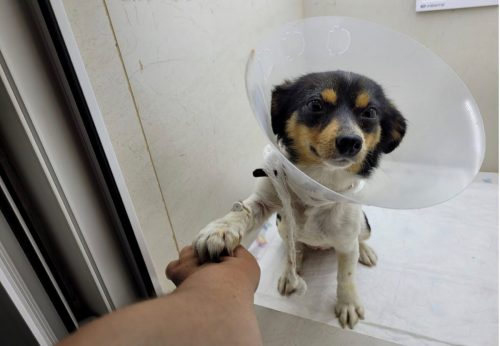 In order to cure Jessica and bring her back to normal, they had to shave her completely. It’s good that it was summer. However, I still gave the volunteers a blouse so that the dog would not freeze. 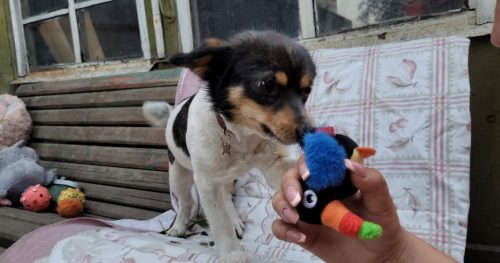 We could not determine the exact breed of the dog. Or she’s just a chihuahua or a cross between that terrier or something similar. Her age turned out to be very young – about 9 months. She turned out to be a real smart girl. Despite her tiny size, she has the intelligence of three large dogs. And she also has a wonderful character. Even the veterinarians loved this baby with all their hearts and often brought her treats.