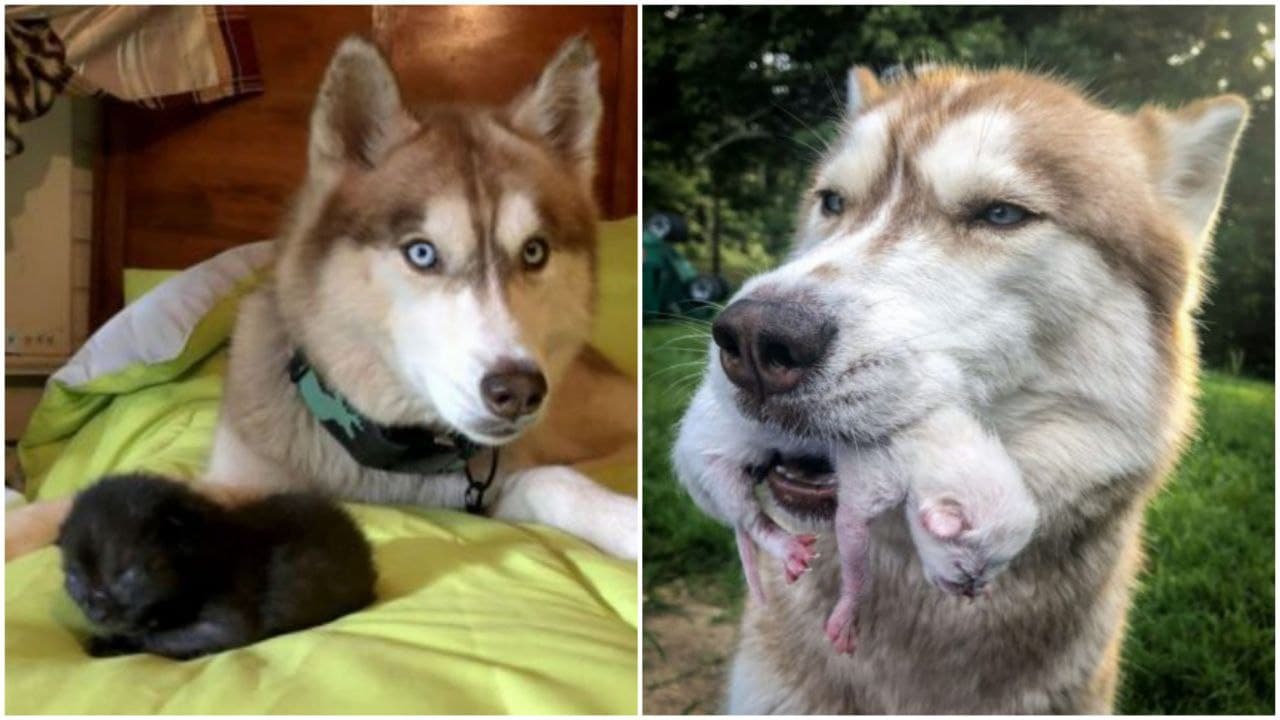 Meet Bonnie. This brave dog can be called a heroine because she found a box with kittens in the forest, which someone specially hid in dense thickets. And she didn’t just find them but brought her female owner to them.

Jennifer can only move around using a wheelchair. Bunny is not only her faithful friend but also an assistant in many household matters. On a summer day, a girl was walking with a husky near a grove. 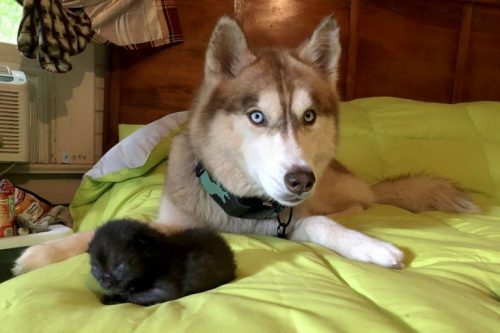 Bonnie behaved a little anxiously from the very morning that day, but she became quite upset on a walk and began to pull the owner into the thicket. The animal was so alarmed that she began to pull Jennifer’s dress.

The girl decided to follow her pet, and she led to a box that stood between the bushes. The box was placed so that it could not be seen from the path, someone decided to hide it away. And when Jennifer opened the box, she found several small kittens inside. Fortunately, they were still alive. 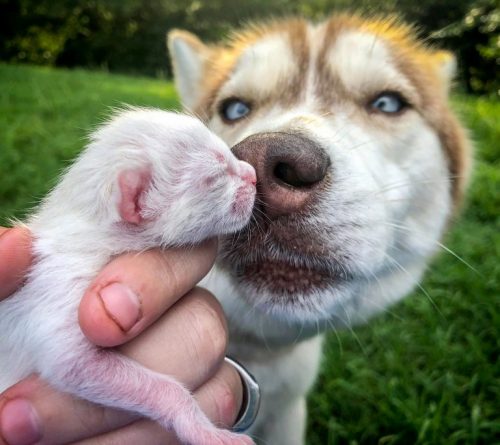 Jennifer took the kittens home, where the husky immediately began to spin around them. She began to lick the babies and made attempts to take them in her teeth to move them to a warmer and more comfortable place, as she thought. That is, Bonnie behaved like a mother of kittens. 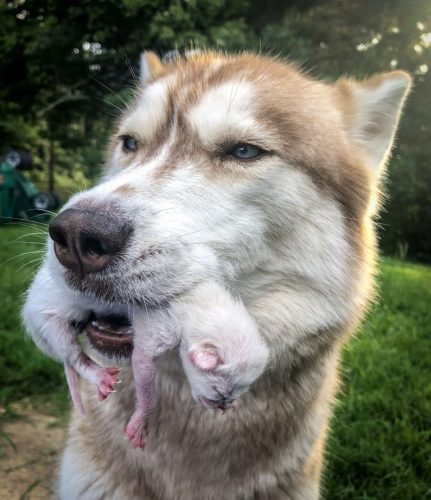 « When she started to worry, I didn’t understand what had happened. I gave her commands to be silent and sit, she usually always listens to me, but this time it was different, and I decided that there was probably a serious reason for this, » Jennifer shared, « When I opened the box I found, Bunny immediately stuck her muzzle in there and took out a white kitten. » 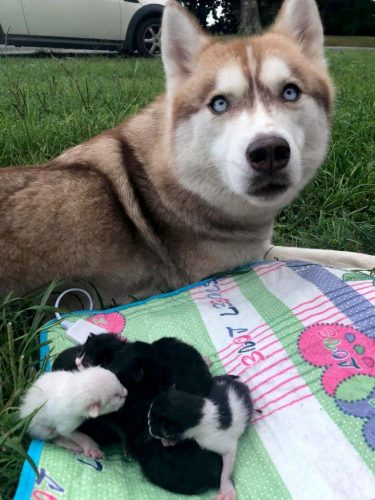 The girl also said that the top of the box was tightly closed. Someone wanted the kittens not to survive. By the time Jennifer and Bunny found them, the babies were no longer squeaking and trying to snuggle as tightly as possible to keep warm.

The husky owner decided to feed the kittens on her own. She was able to find a wet-nurse cat for them, who was not against accepting other cat’s babies as its own. However, Bunny is still always with them and even sleeps with kittens. 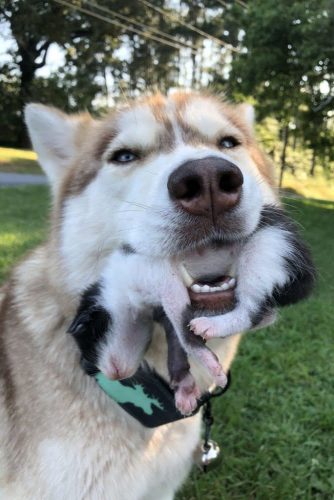 «I was very upset that someone could do this to defenseless and helpless creatures».