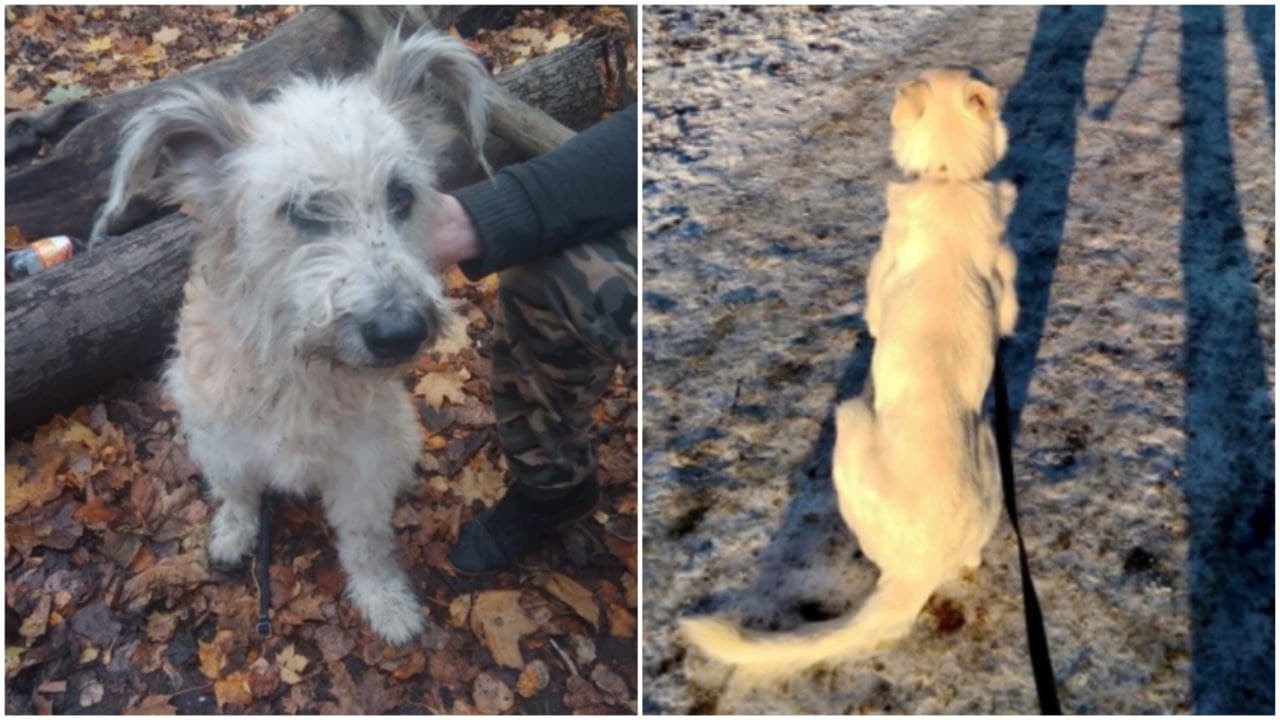 A poor dog named Tosha, we found in a forest park near a tree on a leash. We untied the dog and took him to the vet clinic. For a long time, he just lay there, refusing to eat or drink. This is how dogs behave, which were betrayed by their owners. 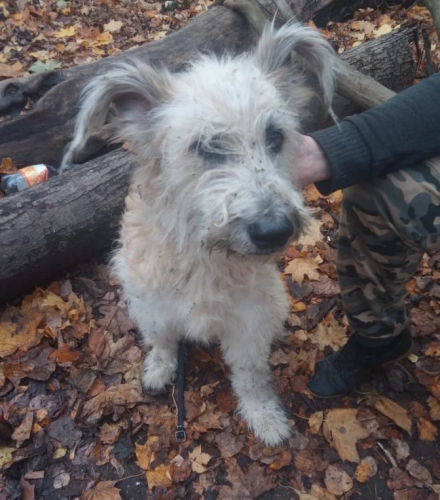 However, good things happen in life. Tosha was taken away and has had a house for almost 5 months.

The new owner shared with us how he tamed the dog. 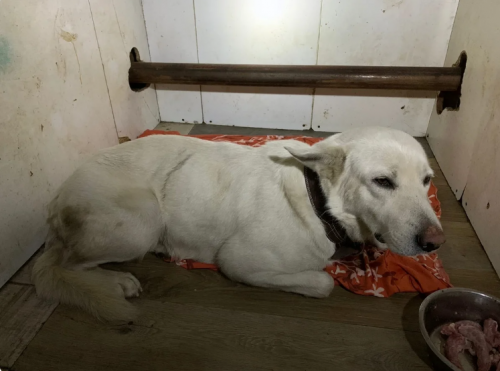 For the first month in the new house, Tosha continued to lie still, only sometimes getting up to eat and when he was taken for a walk, he was not interested in others. The owners carried him into the elevator in their hands, otherwise, the dog did not enter, which was not easy, because Tosha weighed 40 kg. However, the owner did not give up. 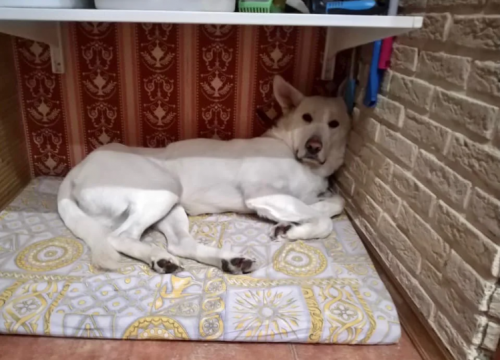 And then Tosha slowly began to trust his owner. He gradually became an increasingly affectionate and friendly dog. It turned out that he knows the basic commands.

Tosha doesn’t like to impose. If he’s called, he’ll come, and if he’s not, he’ll lie on his blanket. 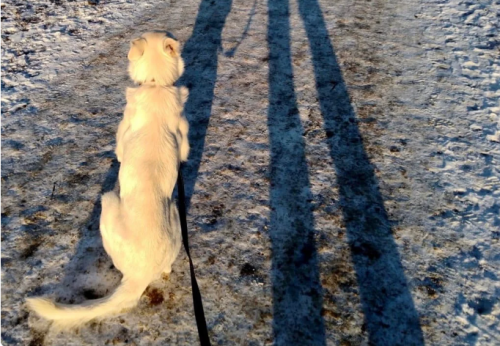 Tosha is no longer afraid of the elevator. He goes down from the 24th floor to walk calmly. Once in the park he saw two Irish wolfhounds and looked at the owner with surprise, as if « questioning »: « And that there are such kind of giant dogs? ». 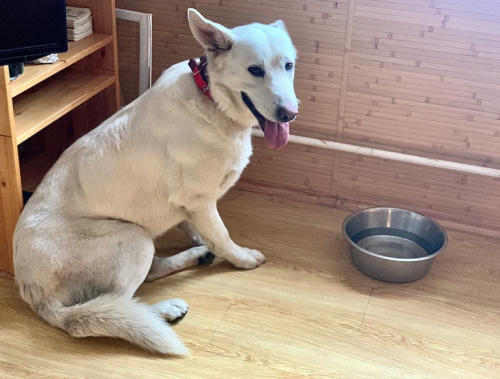 Sometimes dogs are unlucky, and they live in the shelter for many years. But Tosha was lucky, he stayed with us for a few weeks. We were never able to figure out who left the dog tied to a tree. And Tosha no longer remembers this man.