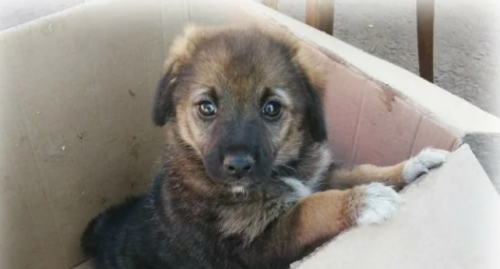 The street dog has always been plump. Somehow she was not visible for a couple of days, and when she showed up, it immediately became clear that she was feeding the puppies. After feeding, the dog immediately ran away and we could not trace where she hid her babies.

A month later, the mother did not show her puppies. But unexpectedly, a woman selling vegetables near the feeding place called us in the middle of the day and asked us to come urgently. 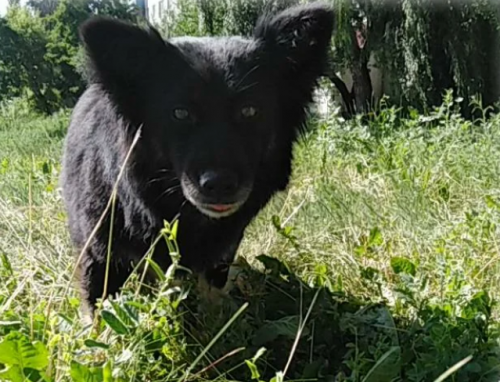 On the spot, the picture was depressing – a mother dog was trying to cross the road with her puppy. The animals waited patiently until the cars stopped, only after that they went along the passage: first the mother, and then the baby.

The dog pushed the puppy towards us, and she lay down on the ground nearby. It was as if she simply gave the baby to us, and she was waiting for what we were going to do. The first impulse was to send the puppy and mom to temporary care, even for money, but I thought that this might not be the only baby and if mom disappeared, the others would not have a chance to live. 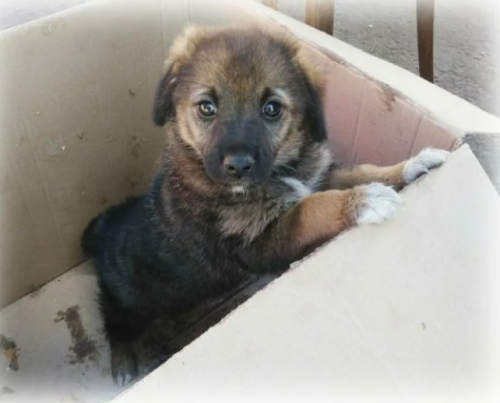 As a result, only the puppy went to the zoo, they take care of it and feed it there. I kept waiting for the dog to bring the other kids, but it never happened. One of the locals said that he saw how children brought puppies from somewhere, and adults bullied them, so the rest of the puppies are most likely not alive. The dog saved the last of her children and brought it to us.