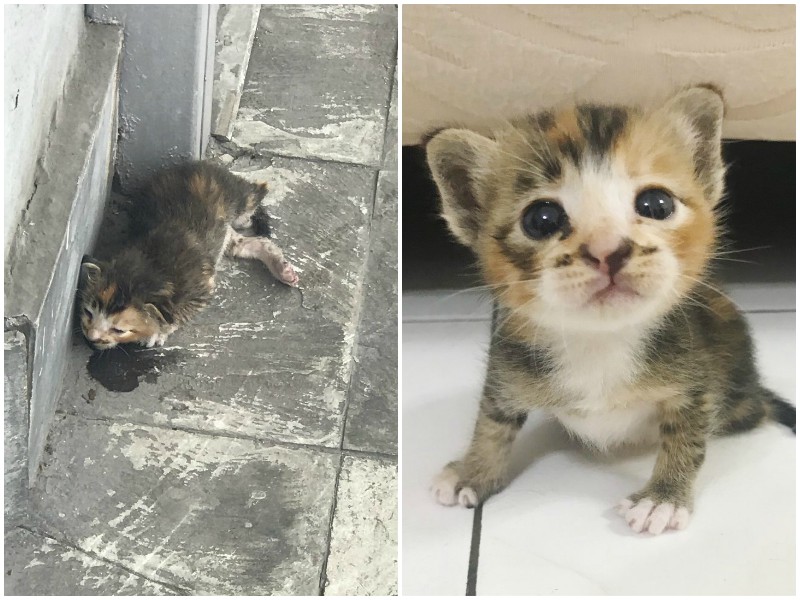 The little kitten was lying on the street near some building, and everyone who passed thought it was already dead and didn’t even pay attention to it. But the baby was still breathing, in case someone saw and rescued.

The story happened in a Malaysian town. The girl Jian Ou was walking from work at lunch for a break, but her gaze fell on a poor baby who was lying defenseless on the sidewalk. She moved closer to it to make sure it wasn’t breathing, but it was still alive.  Its leg was broken, it was in pain, but it was unable to scream for help and just lay there, living out its last moments. The girl did not leave him to die but took the whole situation under her control. It’s good that there are caring people who are not afraid to take responsibility. 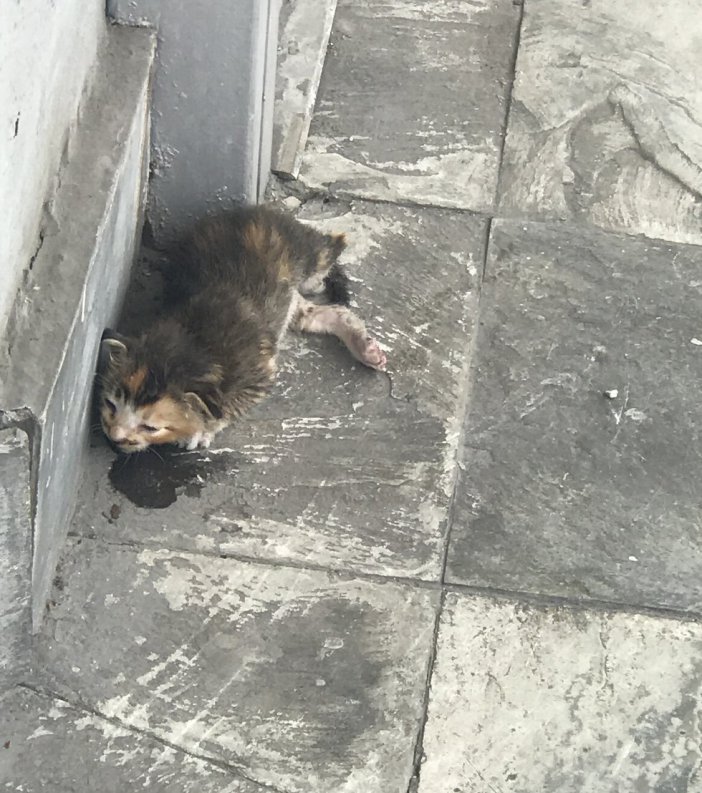 Jian immediately went to the nearest vet clinic. There, doctors found out that the kitten is about three weeks old and this tiny girl weighs 270 grams.

She took it to herself and surrounded it with full care. This is probably the first kitten she had to take care of because the girl was reviewing the video to know what to feed the baby, what is needed for comfort. 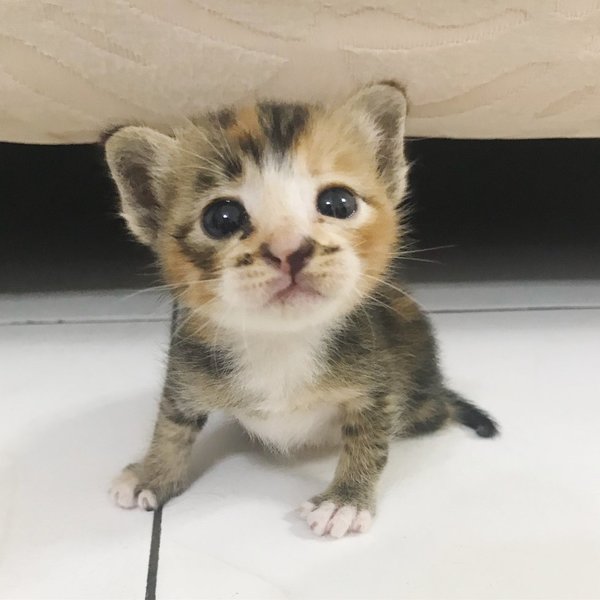 It wasn’t easy at first. Jian fed her every couple of hours and couldn’t leave the baby alone. 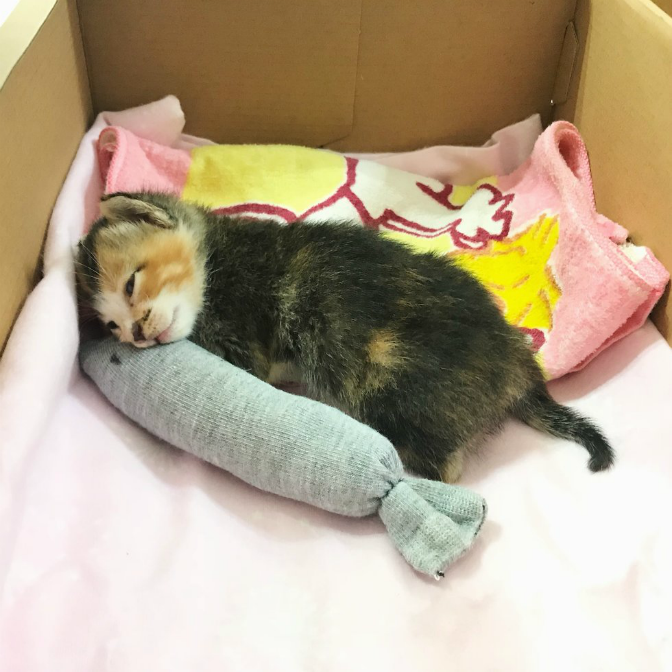 The kitten was not accustomed to the new place, because it experienced severe stress and was afraid of the owner. But a few days passed and the beautiful kitten began to recover, already becoming more active. The girl named it Tiger. Soon the baby got used to Jian and they became friends. 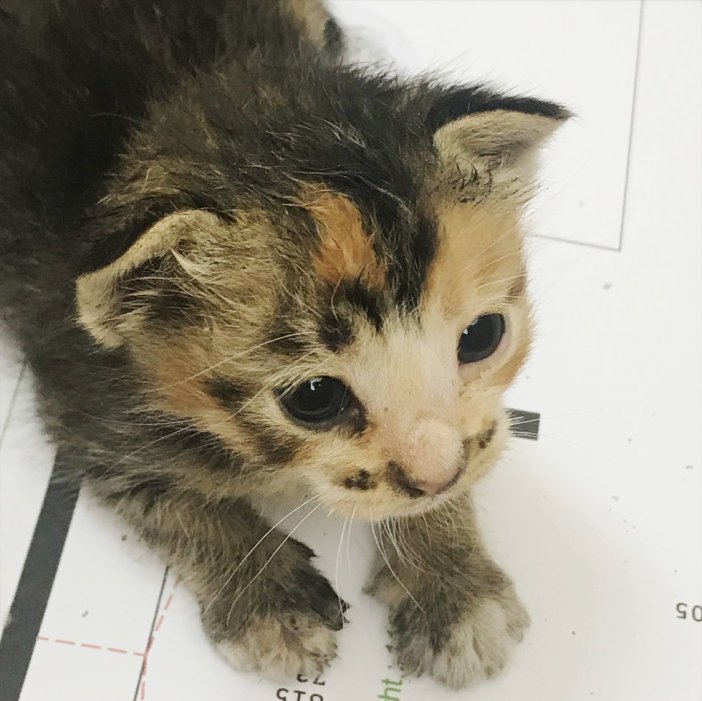 According to the owner, the baby loves to play and is very curious. It also likes to be patted on the head, and in return, it purrs a lot. Before going to bed, it just needs the girl’s attention. 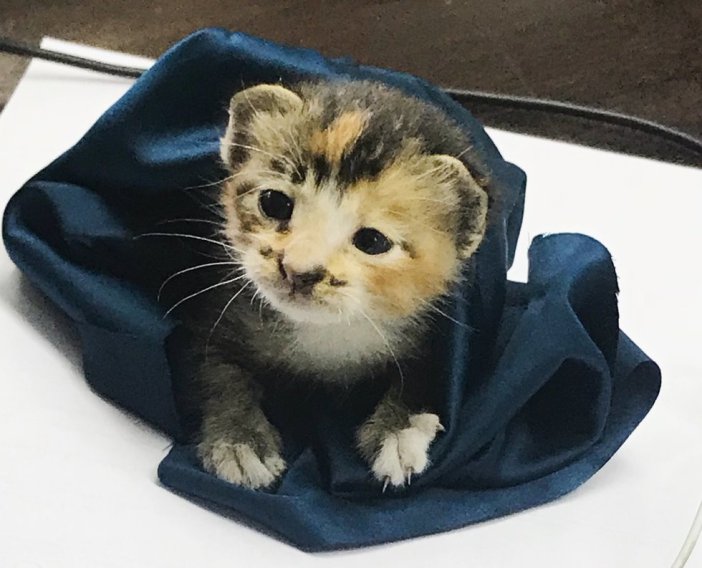 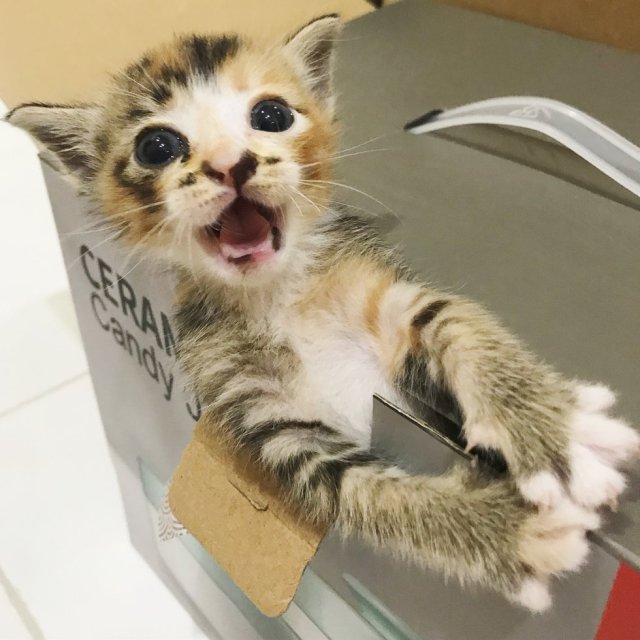 Now the baby is about 8 weeks old. Although the girl was not going to have a cat, her plans had to be changed because of this fluffy beauty, who is now in safe and loving hands. 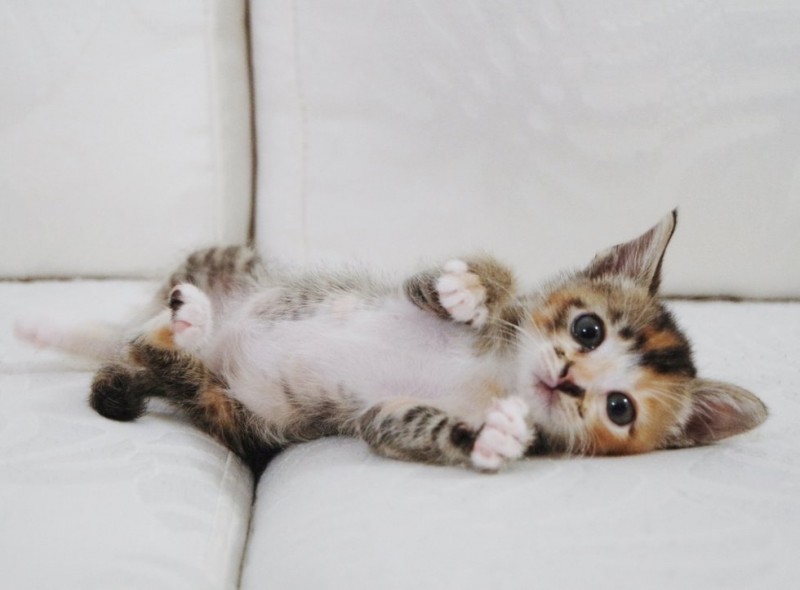 Jian would rather keep a cat than leave it on the street. That’s how kindness saves small lives.