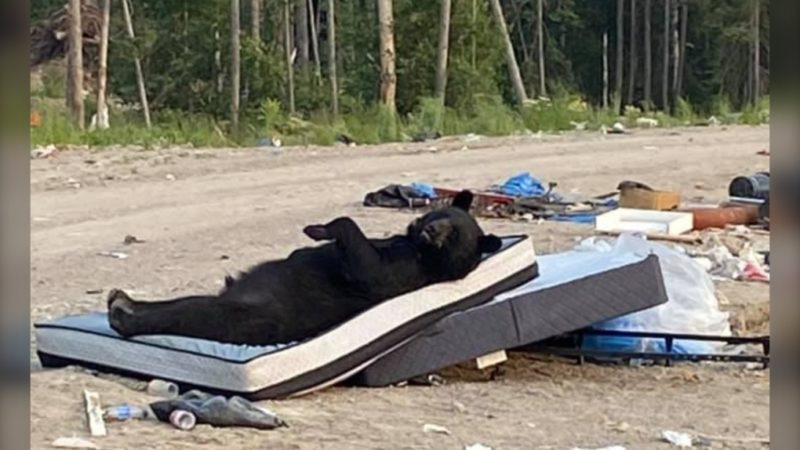 This bear’s week started just fine. This Bear knows how to relax, even if he is resting in a landfill. It’s not for nothing that people threw away a good mattress.

Few people know, but bears sometimes walk around the city and even look into people’s houses. For them, this is a kind of coming out. If they don’t find anything interesting and useful, they immediately leave.

This black-colored bear got a lucky ticket. He found a dump where he was able to rest under great conditions. This story happened in Canada. The bear was spotted by a woman named Keira Mamakawa. Keira was in a bad mood that day. When she came back from work, she went out to throw away the accumulated trash. What the woman saw made her feel better for a long time. 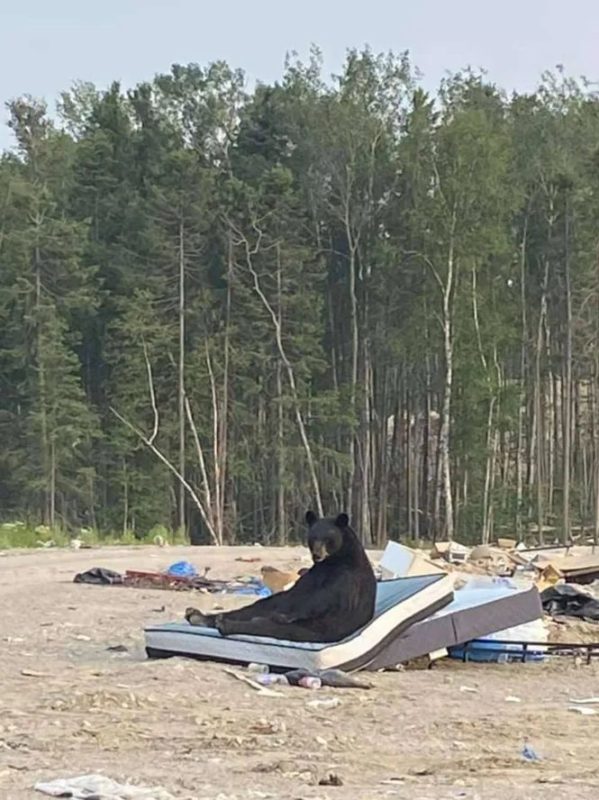 The bear looked absolutely happy and relaxed. It was like resting from the mundane fuss on a mattress. At first, Keira thought Bear had come to the dump to find food. But then she noticed that he didn’t look hungry, he was just resting on a mattress. 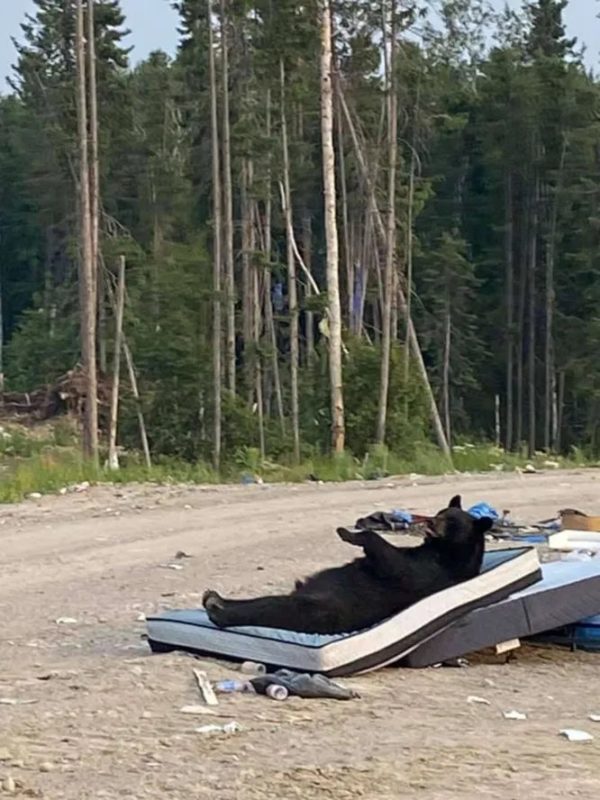 The bear did not pay any attention to the woman, so she managed to make such amusing pictures. Apparently, the bear has decided to take an unforgettable vacation, because finding a mattress is luck that rarely happens.