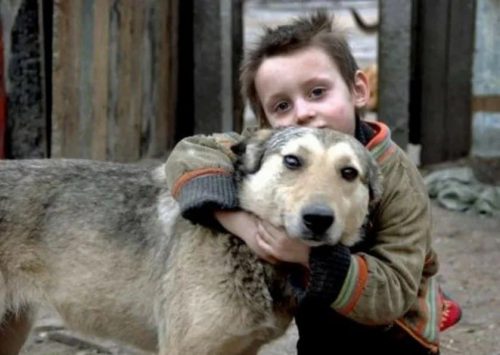 Petya was 7 and he was raised as a good child. The child had many friends, he was loved at school and known by all the neighbors, and he was very attached to animals.

One day Petya got carried away playing on the street, trying to build a small house out of branches. His game was interrupted by an unusual sound behind him. Looking over his shoulder, the child saw a dog that was slowly trudging towards him. Petya sometimes saw this dog nearby, so he thought that it had a house and owners. But the protruding ribs and slow gait immediately gave away that the animal was left to itself.

Petya was not afraid of animals, even homeless ones, so Petya approached the dog. Remembering his mother’s advice, the boy approached very carefully, and when he was close, he spoke quietly and calmly to the dog.

« Doggie, you probably want to eat, but no one gives you food? » the boy asked sadly. 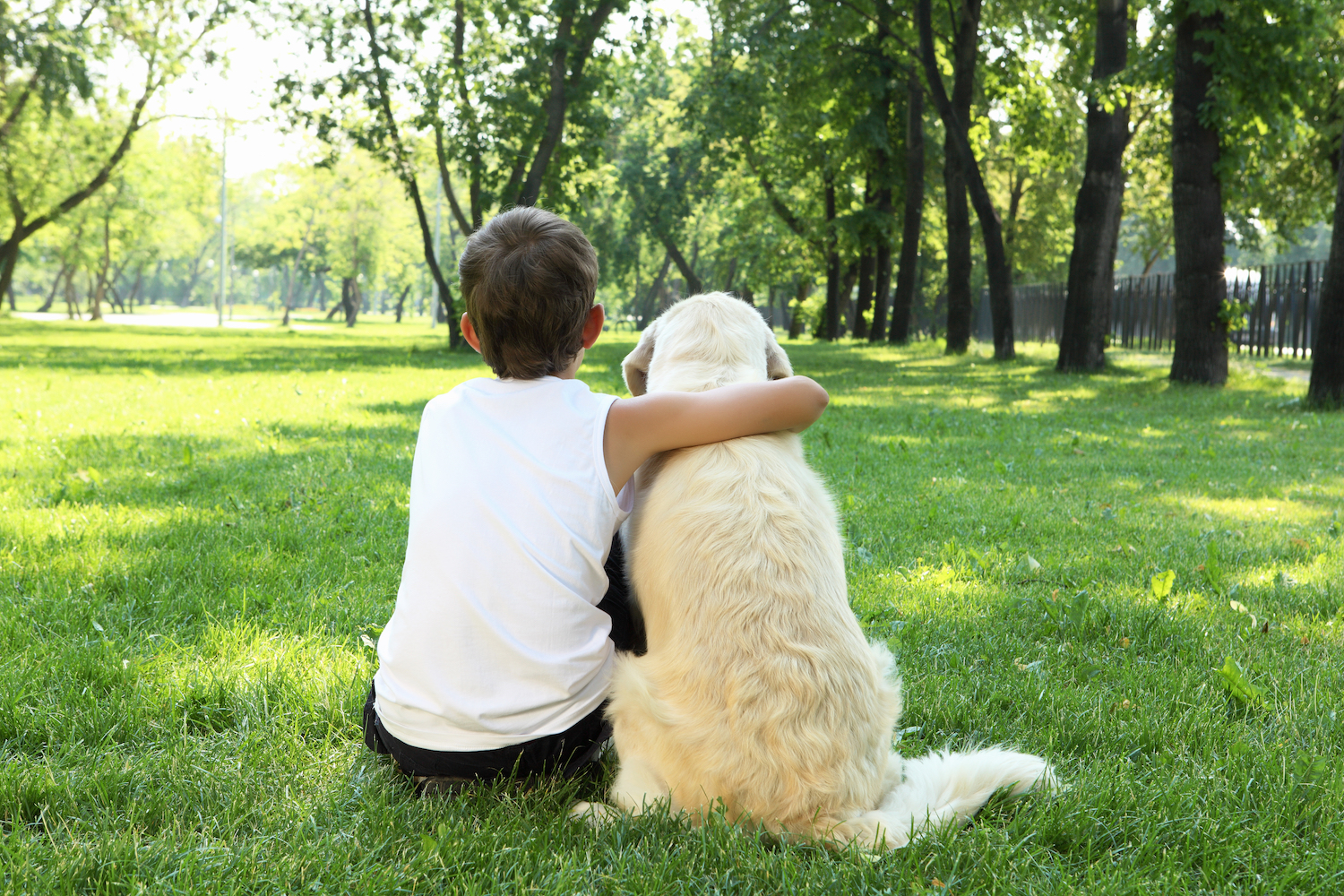 The animal looked pityingly at the child, and after a few seconds just lay down at his feet. Petya almost immediately understood what needed to be done.

He rushed home as fast as he could and begged his parents to let him bring the dog home and keep it for himself. The boy was in a hurry and worried, he promised the adults that he would take care of the new pet.

Mom did not object to the pet but went after the dog with the boy to make sure that her son was not in danger. As soon as they approached the yard dog, Petya immediately rushed to hug it, and it buried its muzzle in his shoulder in gratitude.

So the animal has a new home and a small owner with a huge heart.