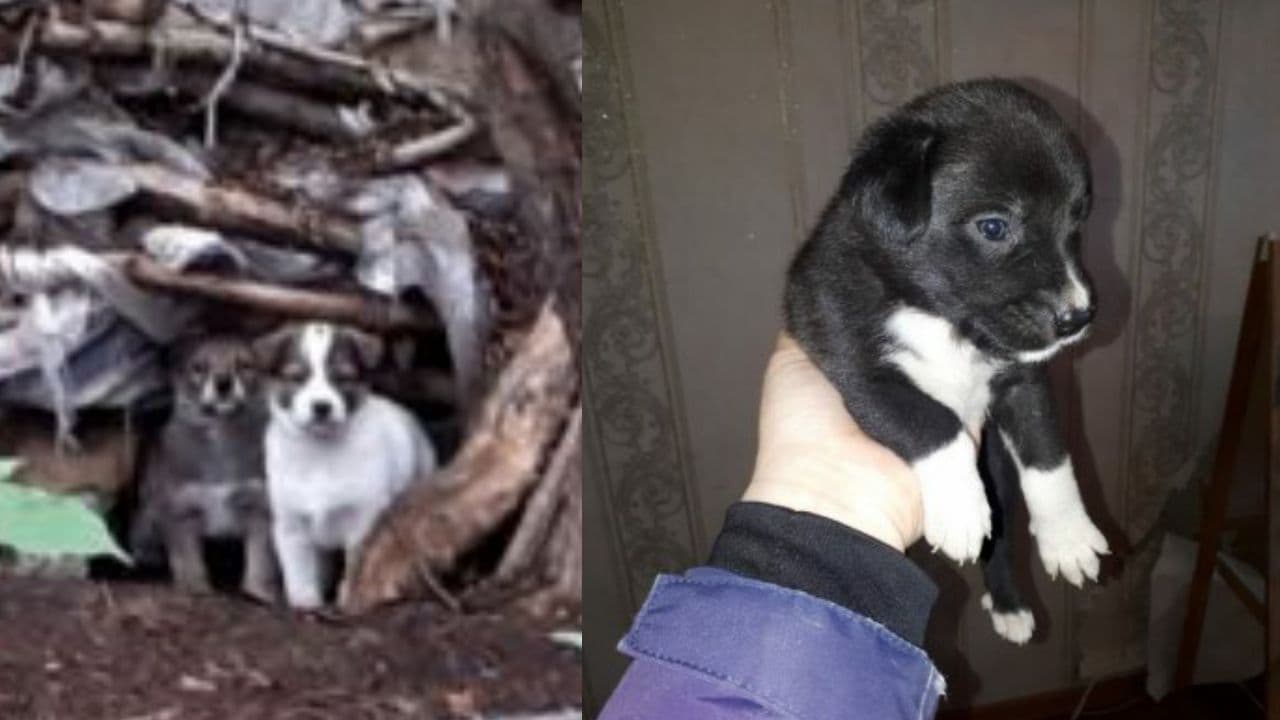 Three-week-old crumbs, of which there were nine, lived in something similar to the house that their mother had built. A hole in the ground served as a dwelling for them. 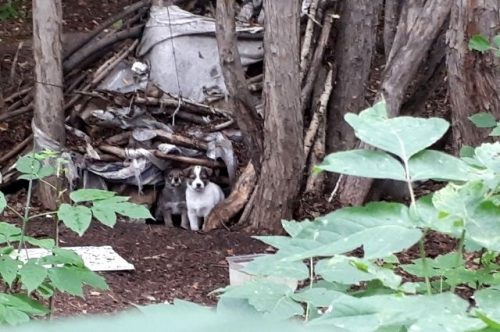 The bigger puppies were sleeping right on the ground. Later, a kind boy built them a small hut from what he found.

The kids had absolutely nothing to eat. Two young volunteers Anton and Alina barely coped with hungry puppies, feeding them porridge from oatmeal. I wrote about it in my group, people responded and helped to stock up on food for them. I am very grateful to everyone for this. 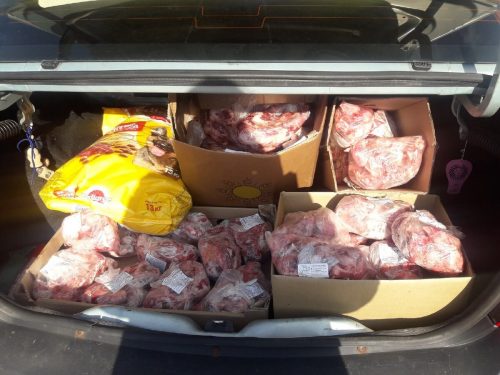 But the joy was quickly replaced by anger and shock. After the post of puppies was released, the volunteers came to the construction site, and the puppies were not there. The hole of the crumbs was crushed and filled with the ground. 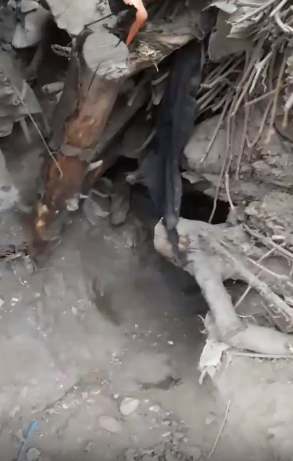 It felt like everyone had done it on purpose. I don’t believe in coincidence. However, in the post, I did not specify where the babies were, so I do not need to be scolded. 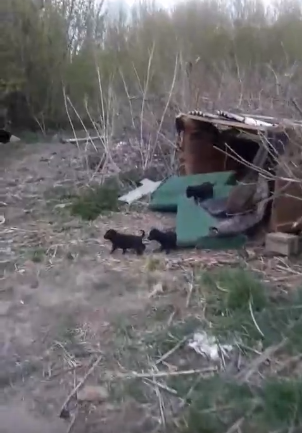 The hut of bigger puppies was also disassembled into parts, and the sofa and bedding were thrown out. They could not only cope with the frame, under which there were several puppies. How they got there is unclear. 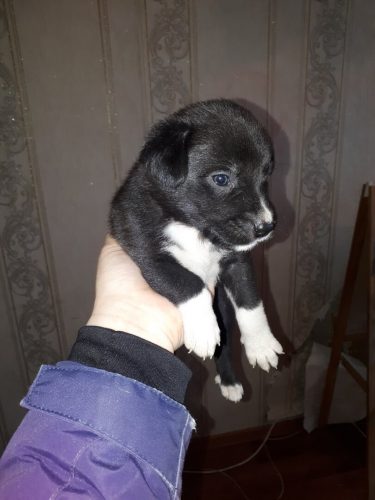 Anton and Alina found the rest of the kids in the trash. They were very scared, but unharmed. Who dared to do such a thing? I would like to speak out, but censorship. 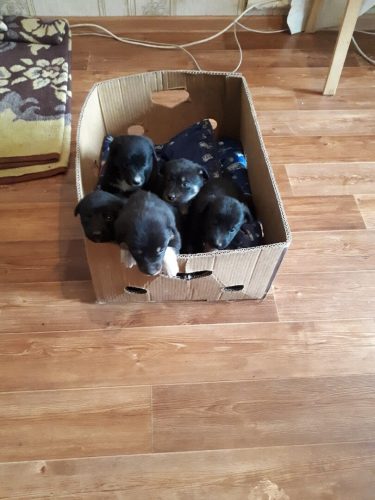