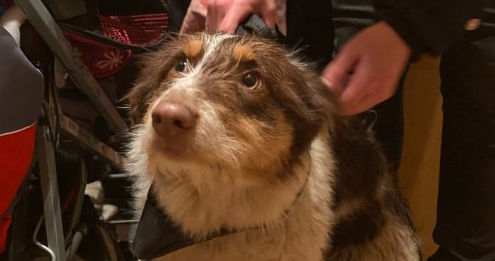 A car stopped in one of the districts of our city. A man got out of it and pulled out a skinny, confused dog. The man put the dog at the dumpster and then quickly left.

The poor dog of a beautiful chocolate color could not believe for a week that he had been betrayed and believed to the last that the owner would return for him, and therefore constantly remained in the place where he was dropped off from the car.

It got colder outside, and the dog was still lying near the dumpster, curled up in a ball, and tried to remain as little noticeable as possible when someone came up to throw out the garbage. 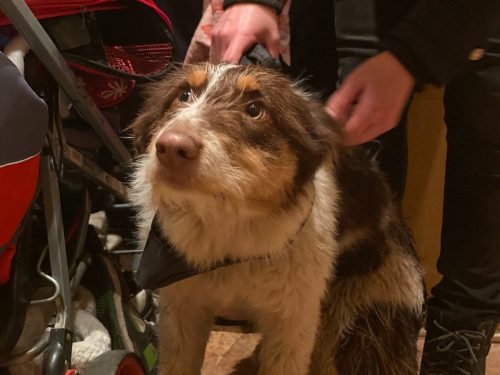 Later, when he realized that he was left alone, the doggie began to establish relationships with other dogs who did not have a home, who were very sympathetic to the newcomer, and he also literally fell in love with a woman working as a janitor. The dog guarded her against strangers, making it clear that no one could offend a person who pays attention to him.

People treated the dog differently. But more often the attitude was bad. Just look, and someone is already chasing him away, and he obediently runs away with his tail between his legs, and there is fright in his eyes. He just doesn’t know where to run to. Where will he be accepted? Where will he be pitied? 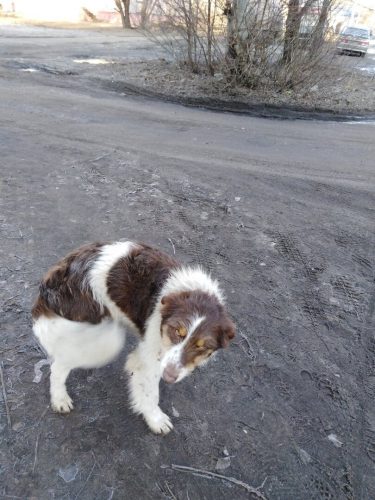 After waiting out, the dog returned each time to his brothers and the female janitor, as he missed them very much.

After that, something incomprehensible began to happen in the city. The doggie’s friends were gone. Every day, bad news came from the area where he wandered: the residents of this area did everything possible to get rid of the dogs forever. The dog was very hard going through losses, he understood everything that was going on. 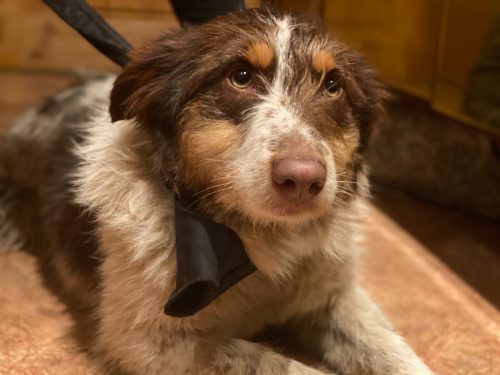 I learned about this dog recently from a friend who was engaged in volunteering, who lived in that area. And it was like this.

The doggie, despite his young age, really has a very deep human look and his eyes are unusually bright and wise for an animal. Looks like a cross between a terrier of some kind.

When I learned that the last surviving dog was being taken to the clinic and he was left alone there, where he had no chance to stay alive, I immediately realized that I had to help him.